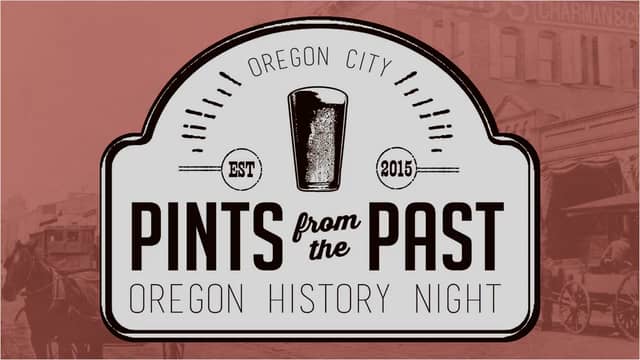 The impact that Oregon breweries has had and continues to provide to the world of craft brewing has been well documented. In our short time of over 30 years, Oregon brewed beer has a rich history with many untold stories. The Clackamas County Historical Society (CCHS) and Oregon City Public Library (OCPL) is doing its part in getting the message out with its free Pints From the Past discussions.

Now with two Pints From the Past seminars already in the books, the third installment, The End of Big Business? How Small Business Owners are Taking Over … One Craft Beer At A Time, arrives on Monday, February 29. This discussion will be held at Midway Historic Public House in Oregon City. Doors will open at 5:30pm with the discussion beginning at 6:30pm.

Led by Sam Holloway, an Associate Professor of Strategy and Entrepreneurship at the University of Portland and part owner of Oakshire Brewing in Eugene, this new discussion will bring forth the impact that our local brewing community is making on the entire craft brewing industry. At the discussion attendees can order dinner and drinks while learning more about our local craft beer industry.

“This is a perfect event for the connoisseurs of craft beer – or just casual drinkers who recognize its superiority – to learn how our region is changing the face of beer nationally,” said CCHS Executive Director Claire Blaylock in a news release. “Attendees can literally find out how their drinking habits are changing our region and nation for the better – at least from a taste perspective.”

Holloway is heavily involved in the craft beer industry and along with his teaching at University of Portland, he is the founder and President of CraftingAStrategy.com.

The previous two Pints from the Past, on haunted sites in Oregon City and the archeology of the Woolen Mills at Willamette Falls, drew more than 150 and 210 people, respectively. Therefore its highly recommended to arrive early.