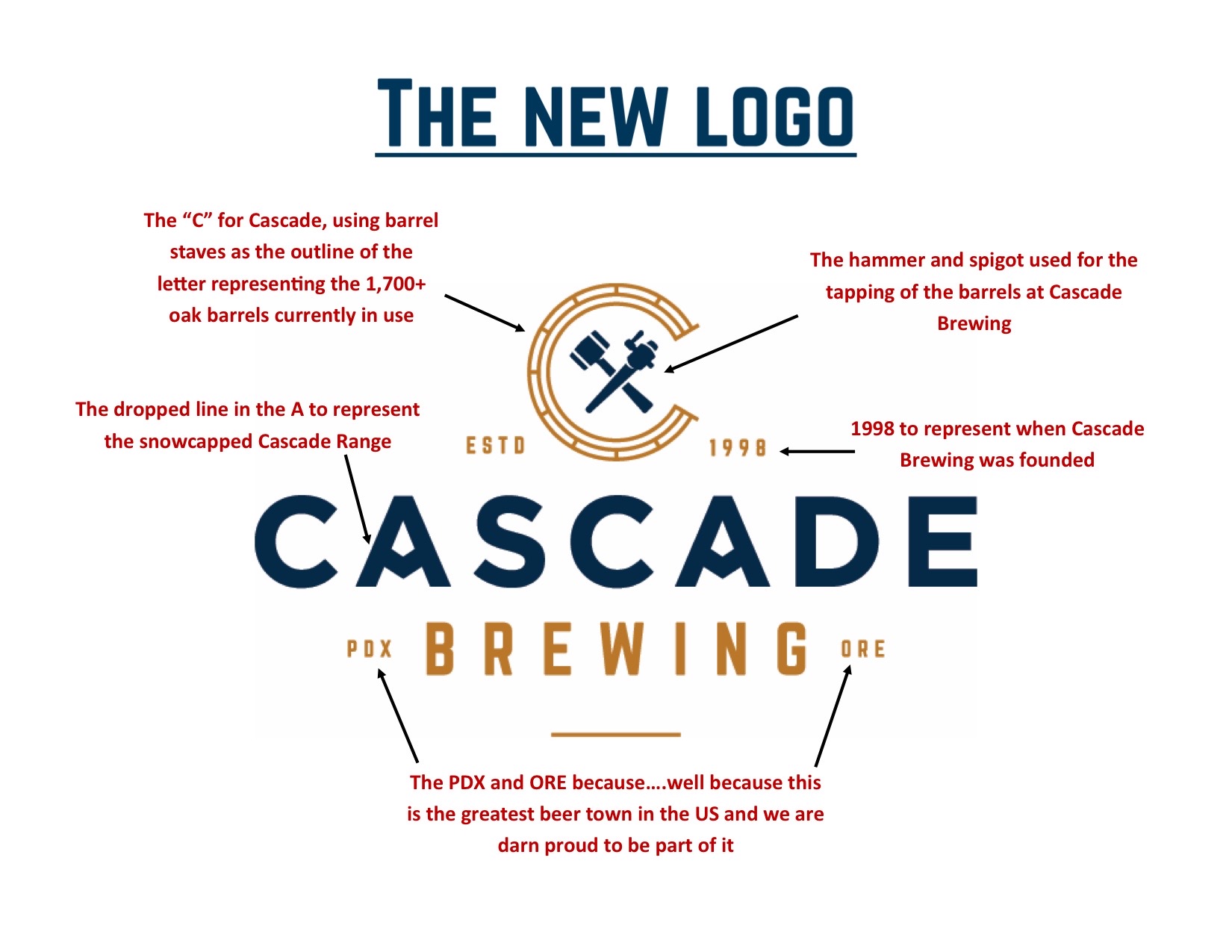 The first week of February has been a busy one for Cascade Brewing as it is launching a complete brand makeover and will celebrate its Sour Fruit Beer Fest later this month from February 23-26.

Next week on February 14th, Cascade Brewing will release Sang Du Chêne, its first bottle release that features a newly redesigned label and logo. The new label and logos were developed by the team from Murmur Creative of Portland, as well as Kirsten Karkanen (granddaughter of the Cascade’s owner Art Larrance), who helped with the initial designs. This new design will be launched with the release of Sang du Chêne.

Sang du Chêne means “blood of the oak” as the beer is a sour strong blond and triple ale that is aged in three large format oak vessels: foudres, puncheons and hogsheads. The oak influences provide flavors of toasted sugars, vanilla and spice, complemented by the bright acidity and fruity character of the beer.

Here is how the brewery describes these changes.

In addition to the labels, Cascade has unveiled a restyled logo, already seen by many on its social media channels. According to Tim Larrance, vice president of sales and marketing, “The new logo was incorporated to represent who we are and what we do at Cascade. The C logo is shaped with barrel staves to pay homage to our barrel aging process (no kettle sours here). The crossed hammer and spigot represents the tools used for the tapping of the barrels, while the dropped line in the A in Cascade reflects the snowcapped Cascade Range where our name comes from. In addition to adding the year we were founded (1998), we have also included PDX and ORE because we are incredibly proud to be from this city that is home to some of the best beers and breweries anywhere in the world.”

“We are very happy with what the creative teams have come up with during this six-month process and extremely excited to show our wholesaler partners, retailer and consumers the new look,” stated Larrance. “However, please know that we have only changed the outside; the wonderful barrel aged sour beer inside the bottle will remain just as good as ever.” 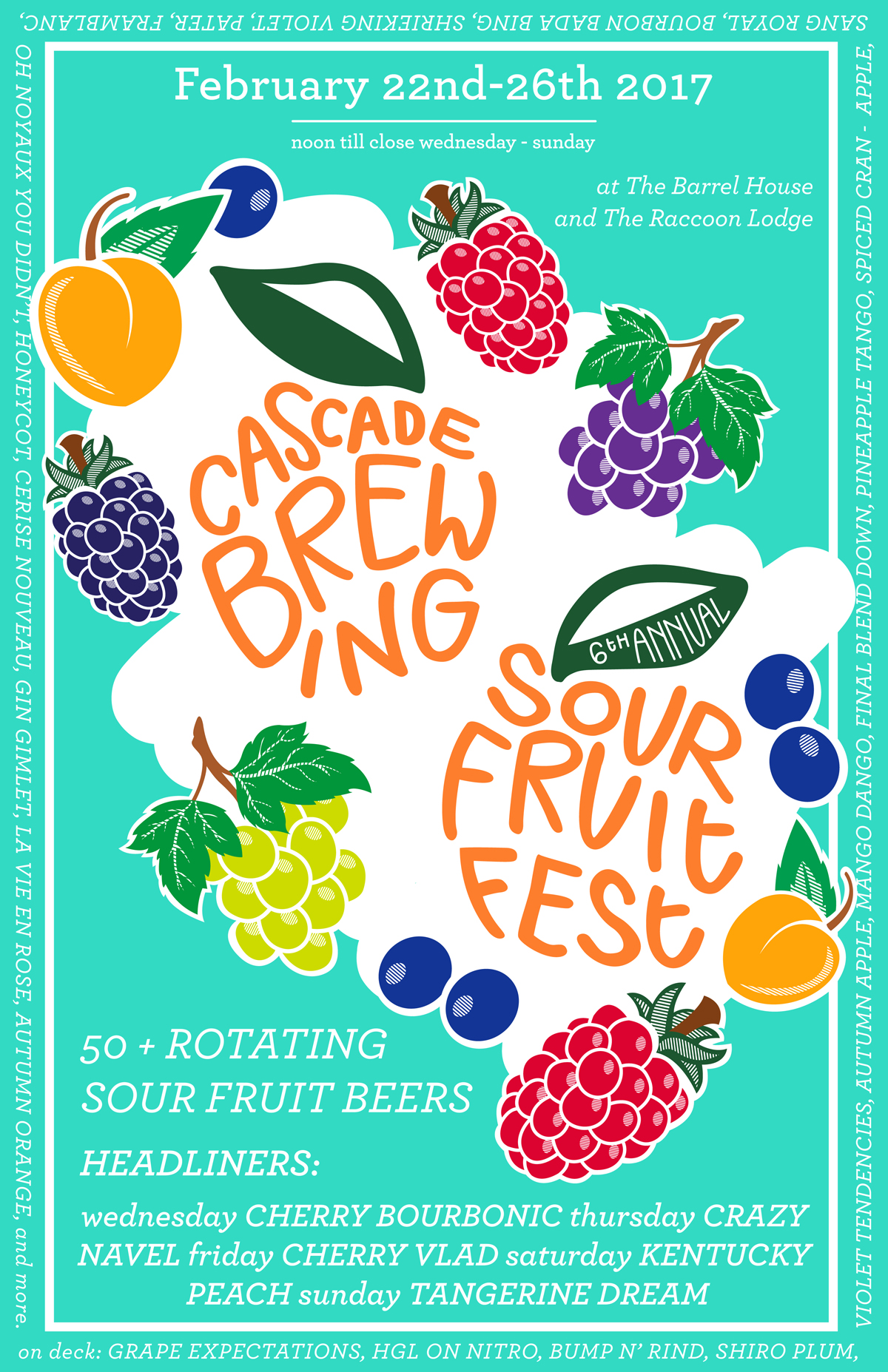 The 6th annual Sour Fruit Fest will take place from February 22 – 26 beginning at Noon daily at both Cascade Brewing Barrel House and Raccoon Lodge and Brewpub. This year’s lineup will feature over 50 exclusive Cascade sour fruit beers on rotation throughout the week. Each day there will be at least 25 sour beers on tap at the Barrel House, and 10 at the Raccoon Lodge. The Barrel House will also offer a savory/sweet food pairing menu and vintage bottle sale.

At the Barrel House, in addition to the above named beers, Cascade’s existing lineup of fruit beers will be on tap daily, including Apricot, Elderberry, Figaro, Kriek, Manhattan, Noyaux, Sang Noir and The Vine.

Additionally, the popular Honey Ginger Lime will be available on the Barrel House’s nitro tap throughout the event.