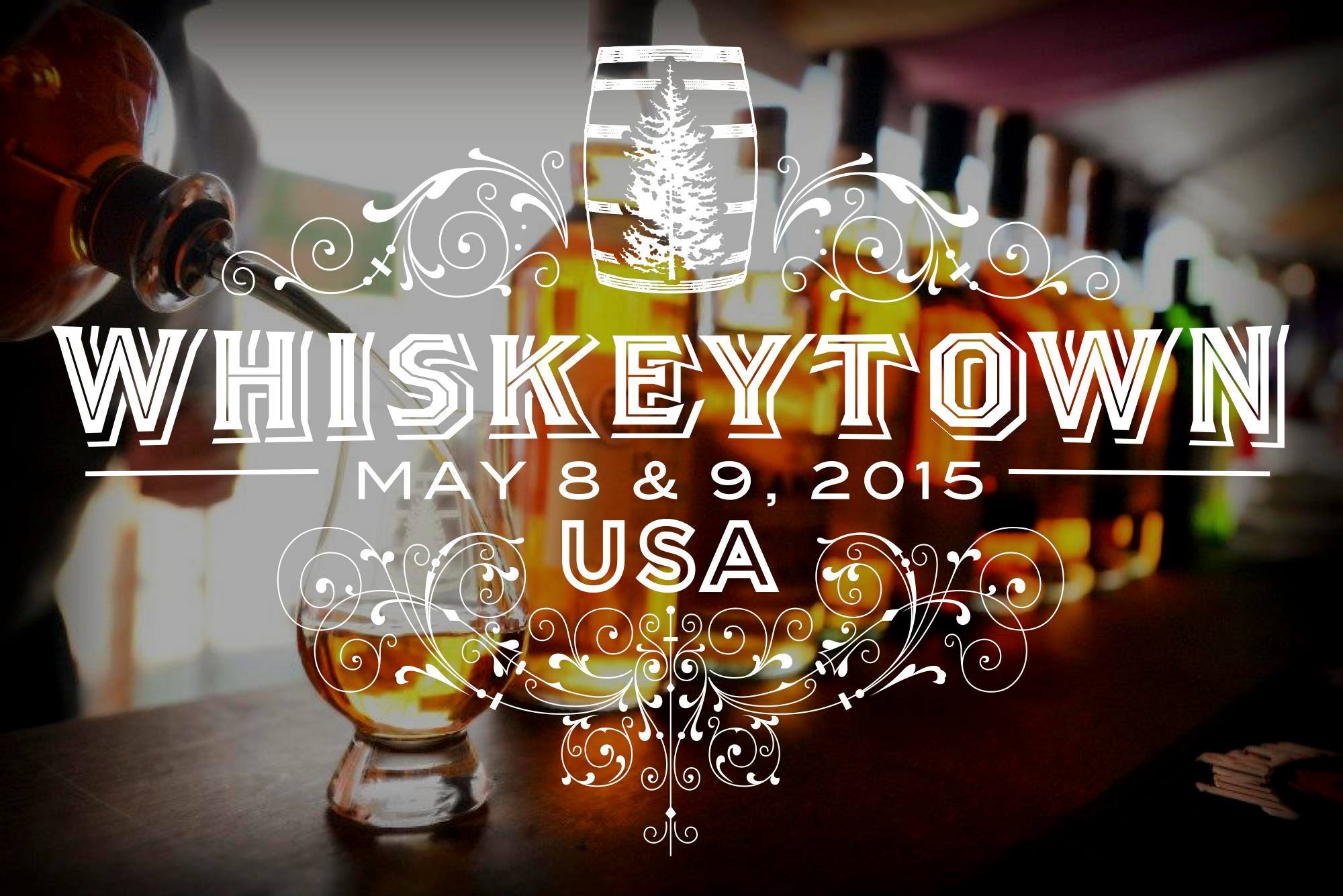 Returning to Northwest Portland for its 3rd year is the newly renamed whiskey festival, WhiskeyTown USA. Formerly known at WhiskeyFest NorthWest organizers changed the events name this year for future growth opportunities and also moved to a new location just north of the Fremont Bridge.

WhiskeyTown USA is Portland’s largest whiskey festival and will take place on Friday, May 8th from 4:00 to 10:00pm and Saturday, May 9th from Noon to 10:00pm. The new location is just north of the Pearl District in a massive 90,000 square foot parking lot at the corner of NW 17th and Front Avenue just south of Dockside Saloon & Restaurant. 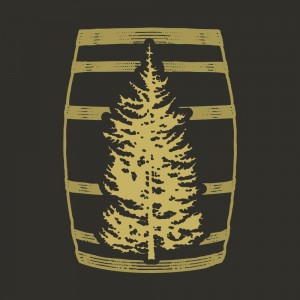 WhiskeyTown USA is the 3rd annual gathering of more than 75 distilleries sharing more than 200 whiskeys from around the world. But this is more than just tasting whiskey. There will be educational seminars on whiskey from some of the industry’s leading authorities, handcrafted cocktails from the areas finest mixing establishments, a cigar lounge, and live music performed on five stages. Speaking of music, on Saturday the headliner is local favorites, Blitzen Trapper.

Beyond this WhiskeyTown will feature various restaurants including: Pok Pok, Bunk, Morton’s, Fifty Licks, Swank & Swine, Pacific Seafood, Sinju, Solstice, Thrive, and Olympia Provisions. There will also be a beer garden and don’t forget to ride “Tipsy” the mechanical bull. 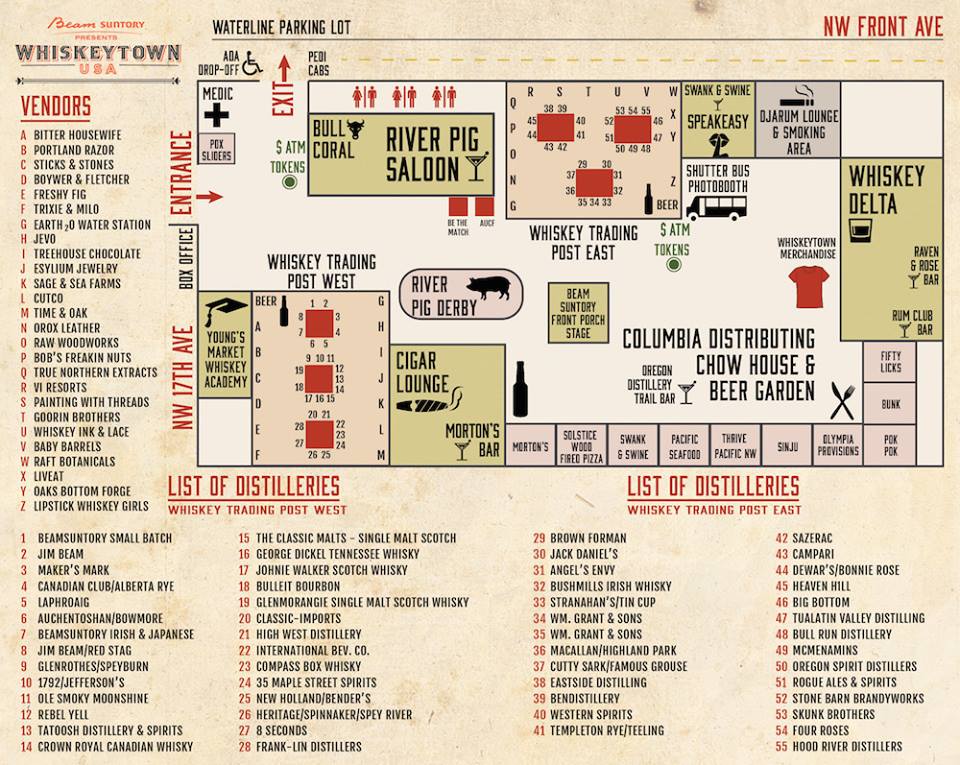 Young’s Market Whiskey Academy
While the world of whiskey may seem overwhelming to even the most experience and salty fans of the spirit, our ambassadors and whiskey expert, Stuart Ramsey, set out to shed light on the vast and complex topic. The educational tasting series will feature hourly sessions on a variety of topics and whiskeys from the diverse Young’s Market portfolio. Come prepared to sip and learn a plethora of knowledge! Access to Academy included with festival ticket and will only cost 2 tokens per session. (Schedule may be subject to change.)

The Great Whiskey Debate
Thursday, May 7th, 2015 at 6:30pm
Witness an unprecedented group of Master Distillers and Ambassadors as they go head-to-head for spirits superiority. Guests will learn about the rich heritage of each country’s native spirit, sample whisk(e)y from around the world, and enjoy exquisite appetizers by Swank & Swine and Olympia Provisions that compliment Interurban custom craft cocktails. 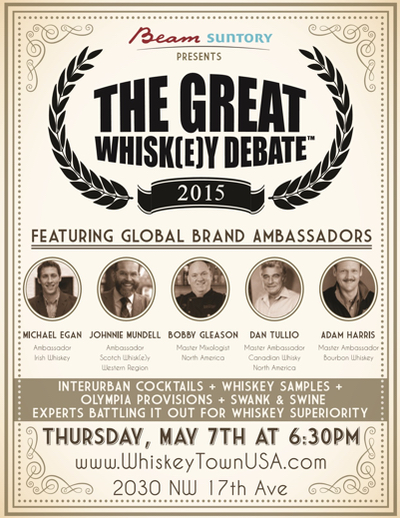 Tickets are $50 and can be purchased here.

Morton’s Compass Box Whisky Tasting Dinner
Wednesday, May 6th at 7:15pm
We are excited to announce a delectable pairing dinner planned for Wednesday, May 6th at Morton’s Steakhouse featuring Compass Box Whisky with Brand Ambassador, Robin Robinson. Compass Box makes a fantastic range of whiskies that covers the full spectrum of Scotch styles. Widely respected in the industry, they have been voted Whisky Magazine’s “Innovator of the Year” an amazing four times. This special evening will allow guests to experience a unique five course tasting menu carefully crafted to compliment the diverse artisanal, small batch scotches selected and will be an evening to remember. Seating is limited. Don’t miss your opportunity to indulge in this intimate feast and grab your ticket before the event is sold out. 100% of the event proceeds will be donated to Be the Match Foundation and Achon Uganda Children’s Foundation, so both your palate and your conscience will thank you!

Tickets are $150 and can be purchased here.

Live Music
WhiskeyTown is not only just whiskey, this festival features an extensive music lineup with Blitzen Trapper heading on Saturday and The Quick & Easy Boys will be on the Friday lineup. The rest of the music lineup time slots are yet to be determined but includes the following bands.

All tickets to WhiskeyTown USA include three tasting tokens. 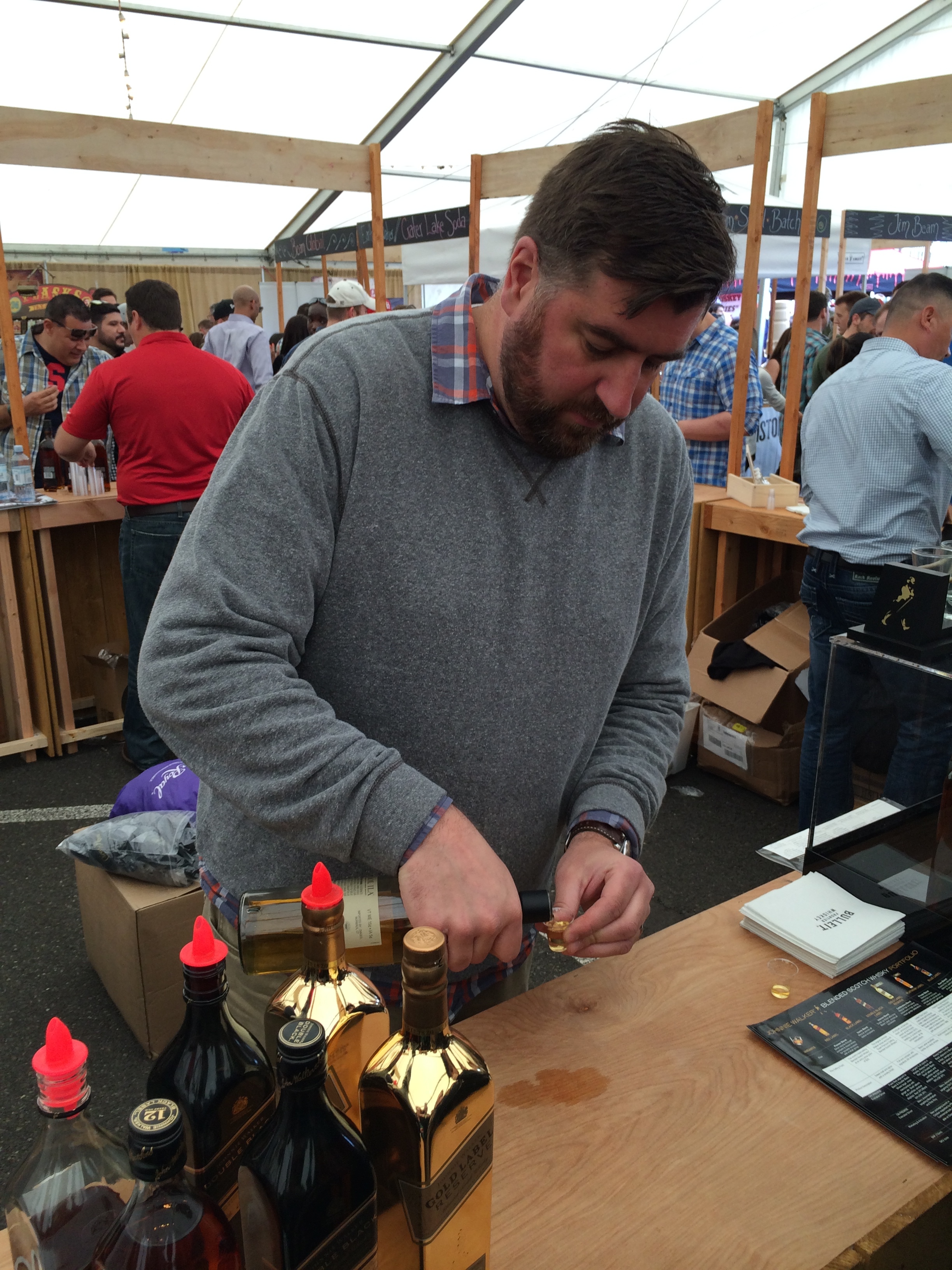 WhiskeyTown gives back a portion of all proceeds to benefit Achon Uganda Children’s Foundation and Be the Match Foundation.