The Pacific Northwest has a lot to offer craft beer drinkers; a plethora of brands, direct connections with brewers, and educated staff members. These factors all contribute to making the PNW one of the greatest places in the world for craft beer. However, one aspect applies to this region that few other beer cities can claim; being surround by one of the world’s foremost hop producing regions.

In recent years, the US produced more hops than any other country in the world, the majority of which are grown in Idaho, Oregon, and Washington. Brewpublic was recently invited by BridgePort Brewing Co. and Crosby Hop Farm to tour the farm and document the harvest of the only Amarillo crop grown in Oregon.

As is true for many sought after hops, Amarillo is a trademarked variety. For years the holder of the trademark, Virgil Gamache Farms, was the sole grower of the Amarillo hop. However, with a rise in demand and a desire to diversify acreage, Virgil Gamache Farms decided to allow other farms to grow the varietal. Crosby Hop Farm is the only Oregon grower on a very small list of farms licensed to grow Amarillo.

The majority of these hops will be dried, kilned, bailed, and stored cold for brewers to use over the course of the next year. A small portion was given directly to BridgePort Brewery to be used in their annual fresh hop ale. This year, BridgePort is brewing a red IPA to showcase their 250lbs of freshly picked Amarillos in their annual fresh hop release; Hop Harvest. This red IPA clocks in at 7% ABV and 60IBUs with a blend of crystal malts that will enhance the citrusy/floral characteristics of Amarillo. Hop Harvest will be available in 22oz bottles and draught in select locations the coming weeks. 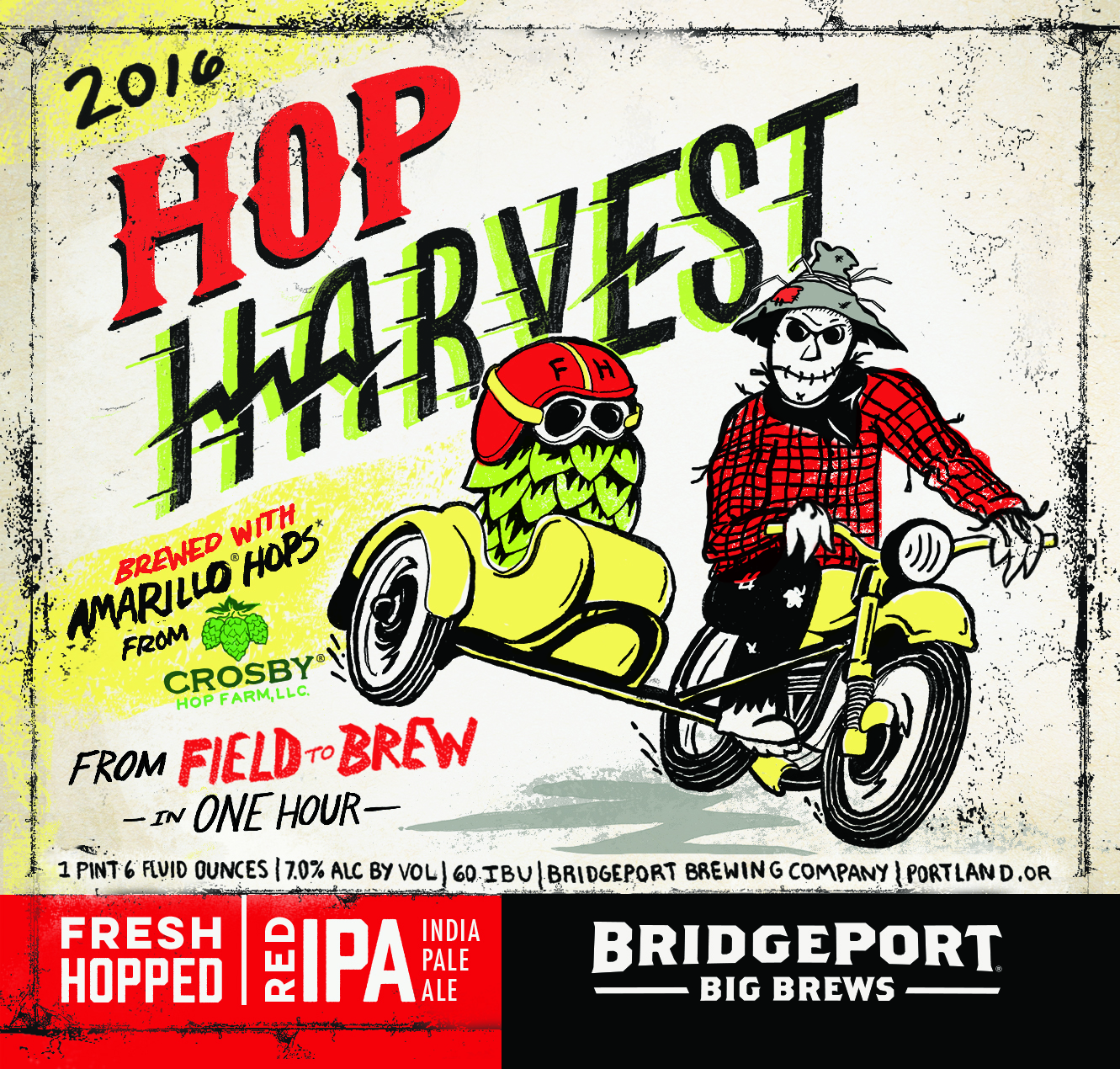 While most of these hop varieties are available all over the world, it’s these personal relationships that brewers have with hop growers that separate them from the rest of the brewing community. Having the ability to tell not only the story of your brewery, but also the story of the people behind the ingredients lends to a true farm-to-glass experience for craft beer consumers. Experiences like these are reminders that craft beer is more than just the liquid in your glass. It is only made possible through the efforts of people and in this case entire families who devote their lives to the craft of making the best beer possible.