Earlier this week Laurelwood Brewing celebrated its 16th anniversary and with this milestone released a new spring seasonal, Raspberry Wheat.

“Raspberry Wheat was brewed with spring in mind,” states Director of Brewing Operations, Ben Dobler in the release. “We used locally grown red raspberries for a subtle tartness and Cascade hops to create the perfect citrusy balance, making this beer a great choice for spring.” Raspberry Wheat sits at 5.3% ABV and 20 IBUs and will make for a refreshing beer as we enter some more milder weather.

“We’re excited about our scheduled new releases throughout this year and think that consumers will be too,” states James Buxman, Director of Sales & Marketing in the release. 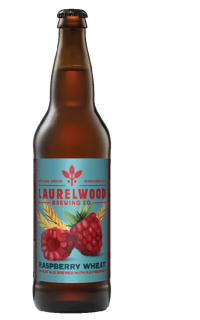 Raspberry Wheat is part of Laurelwoods seasonal series of 22 oz. bottles and will be available through the month of June. Find this fruit beer on tap and in 22 oz. bottles at Laurelwood’s Portland pubs, located on 5115 NE Sandy Boulevard and 6716 SE Milwaukie Avenue, as well as in stores within Oregon and Washington.