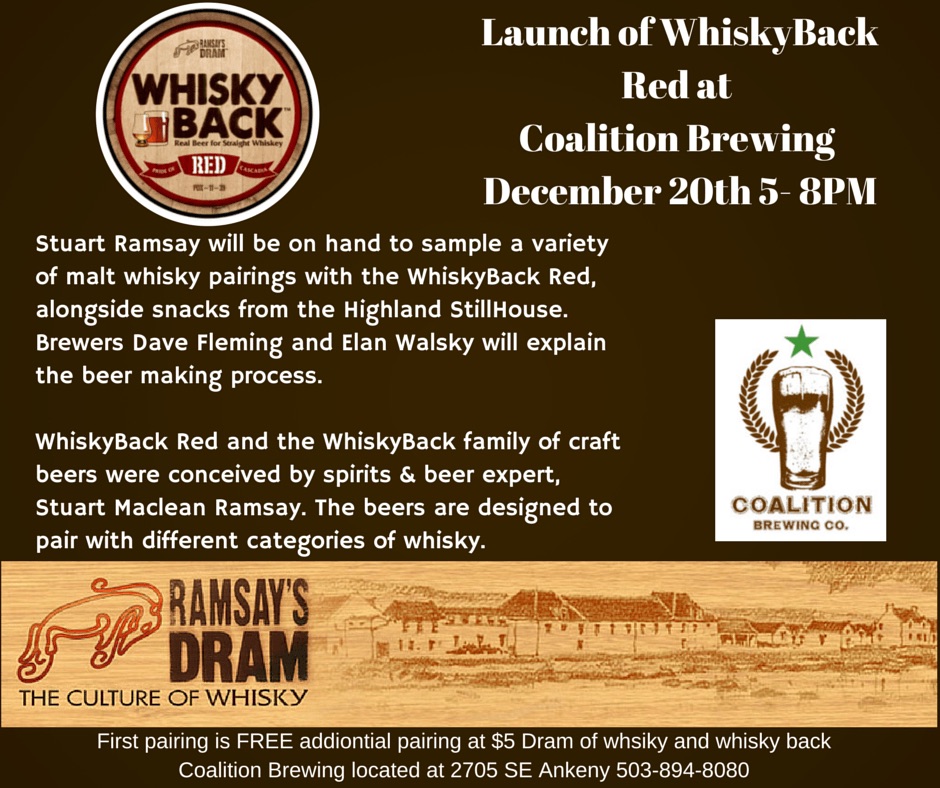 With the maturing of the craft beer industry, many of us craft beer drinkers look elsewhere to enlighten our libations that we consume. One of the more popular explorations is into another malt based beverage, whisky.

Tomorrow, Saturday December 20th, Coalition Brewing will be providing such assistance. Taking place from 5:00 to 8:00pm, Coalition will host the launch of Stuart Ramsay’s WhiskyBack Series.

Coalition is extremely honored to brew the first of the WhiskyBack beers for Stuart Ramsay, one of Portland’s (and possibly the world’s) foremost whisky gurus. These beers are designed to pair with specific spirits, and Whisky Back Red is made for single malt Highland scotches.

Stuart Ramsay will be on hand to sample a variety of malt whisky pairings. The first pairing is free but additional pairings are priced at $5 Dram of whisky and whisky back.