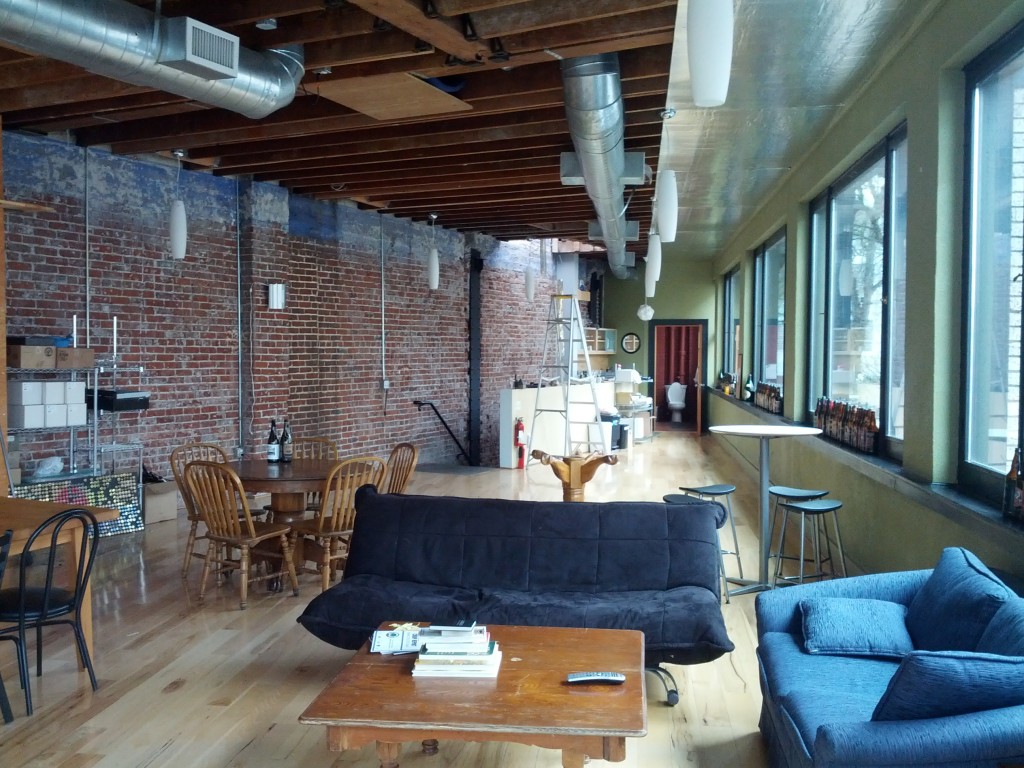 Our friends at Bailey’s Taproom have informed us that the world class craft beer bar in downtown Portland, Oregon is looking to open a new space above their current pub. Still in the process of getting approval from the Oregon Liquor Control Commission (OLCC), proprietor/publican Geoff Phillips is patiently awaiting a verdict for his application.

The new spot above Bailey’s Taproom in the same building at the corner of SW Broadway and SW Ankeny will feature a separate entrance from Bailey’s popular storefront at 213 SW Broadway. The new addition recently acquired by Phillips is around the corner at 720 Ankeny. The space is best known as once housing the 24 Hour Church of Elvis from 1994-2002, a cult artist tourist destination of the Rose City, run by artist Stephanie “Stevie” G. Pierce. The “church” offered legal and “cheap not legal” weddings and served primarily as an art instillation that is currently at its fourth home not far away. Since then the space was occupied by Fosler Architecture, a local Portland firm specializing in commercial renovation and new construction projects, until proprietor Steve Fosler’s lease expired. 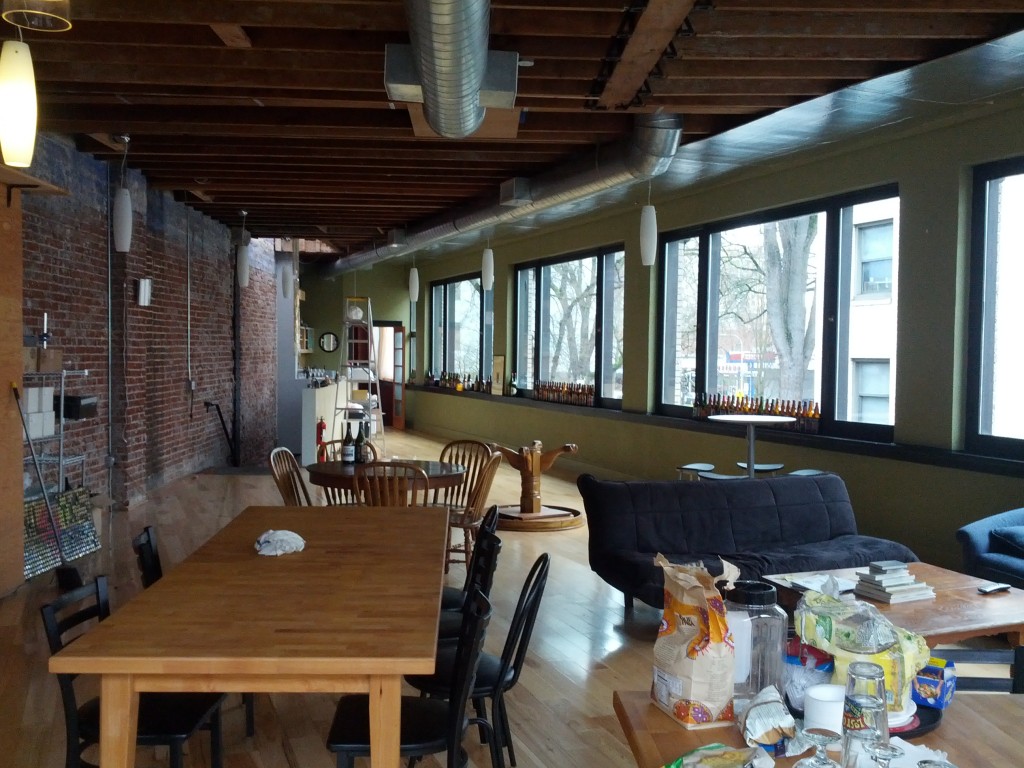 Now Phillips and the Bailey’s team is enthusiastically formulating a plan for the cozy brick-clad loft that carries with it much of the same ambiance as the larger pub below. According to Phillips, the new space would present a 30 person occupancy (this includes the bartenders) and would be ideal for special events, carrying with it a speakeasy ambiance. 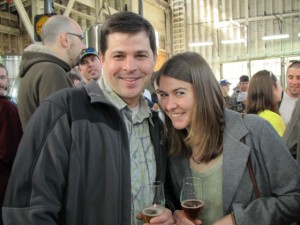 “With the giant wall, I would love to build another cooler and add a dumbwaiter.” attests Phillips enthusiastically. “It’s a killer 30-foot wall, and I’d love to have a like 15-foot long by 10 feet high cooler. With another 15 feet in length for longer term storage. 15 feet glass reach in, the other 15 feet closed wood doors. That would be a goal.”

Still Phillips doesn’t want to get too far ahead of himself. He knows that a lot rides on permitting. “I don’t know if it’s going to happen” he says. “I really want it to happen. I would love to be more clear but at this point I don’t know the details of what is allowable.”

In much the same way that Saraveza’s Bad Habit Room  is a separate entranced entity from the main bar area, much of Phillips’ next move hinges upon whether or not Bailey’s Taproom will be able to extend its current liquor license to include the new space. “If I have to apply for a brand new permit, that would suck and obviously delay the opening” admits Phillips, adding, “The OLCC isn’t exactly the quickest game in town.” 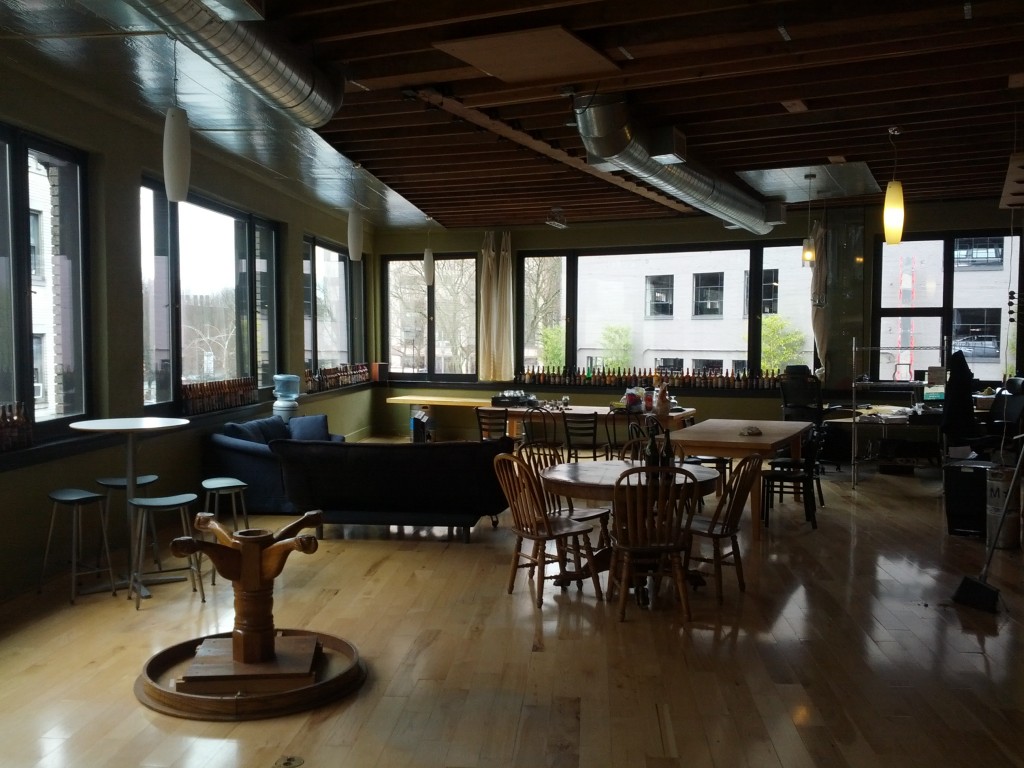 Still in the early stages of working out a plan for the new space and still without a working name (not-so-serious ideas have included “Upper Lip” and “Church of Alevis”), Phillips is open to exploring the many options of his intimate new inhabitance.”An idea I am toying with is making the space available for tiny beer dinners with folks like (Sous chef) Paul (Kasten) from Wildwood Restaurant” says Phillips. “The fact that I am limited to 30 people, it would be an opportunity where more of the crowd is captivated.” 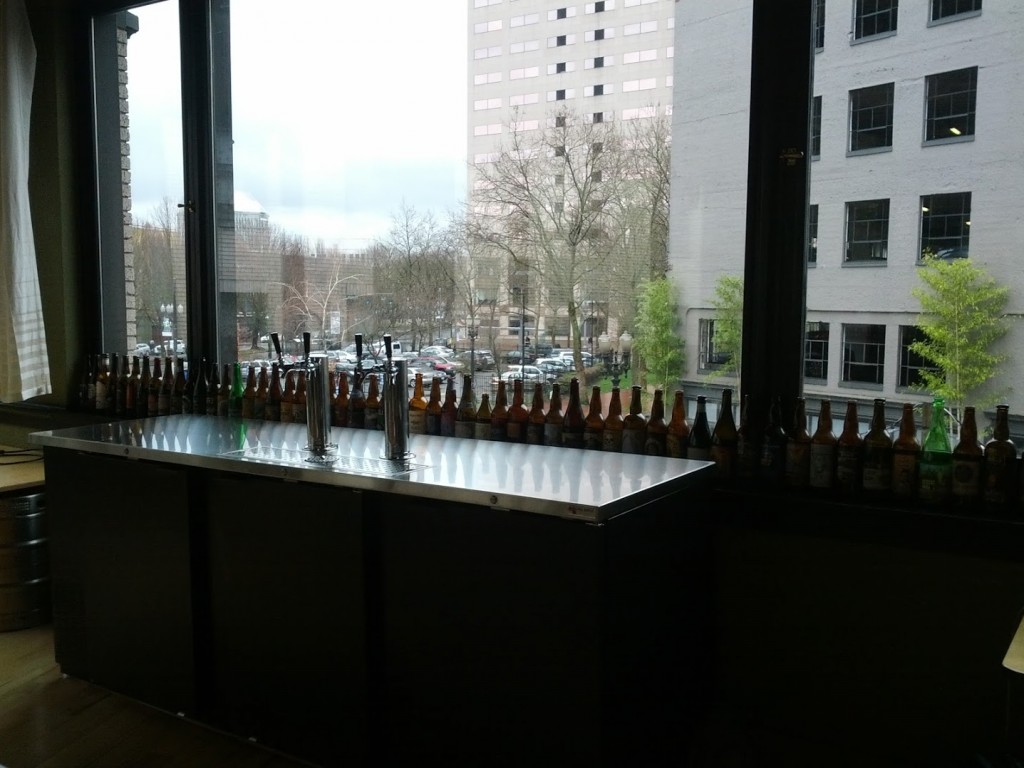 Phillips recently purchased a 4-cap kegerator that might be workable if the project gets rolling soon. “We could fit five half-barrels. It could be a sixth-barrel system. Right now there’s a lot of potential” he says. “We’ll just have to wait and see.”