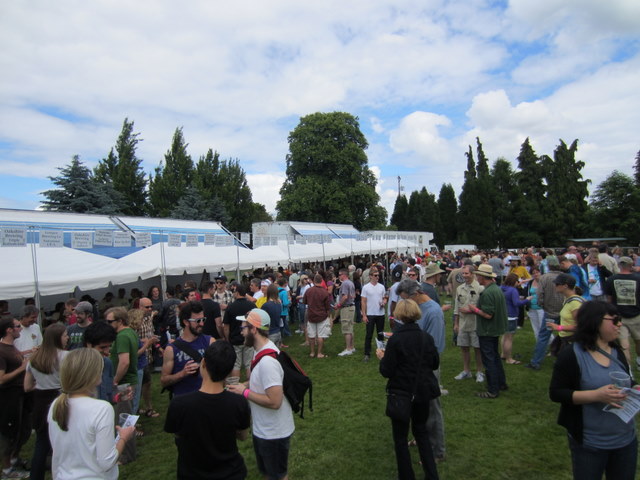 We hit the 2011  North American Organic Brewers Festival this past weekend, as we not only brought our three cans of food for a free token, but also used Tri-Met as was recommended (Patrons received a $1 discount toward the tasting glass with a validated MAX ticket, a ticket from the onsite bike corral, or three cans of food for the Oregon Food Bank.). The weather was great and we dove right in to the sampling of organic brews. 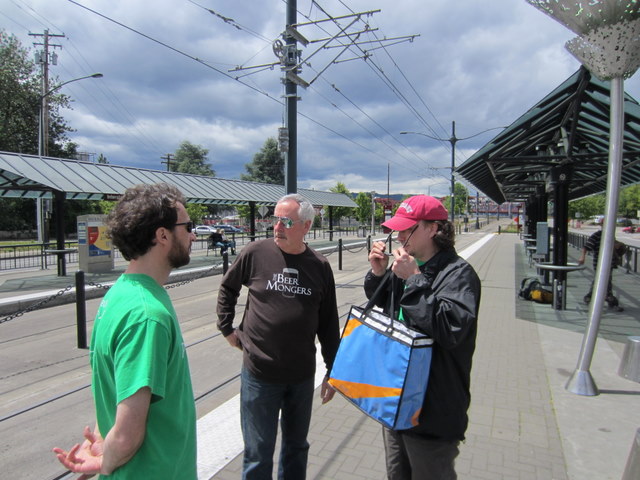 Some highlights from the festival included great brews from some not so common breweries to the Portland area.  These included Elliott Bay Brewing’s Demolition IPA and their CDA Black Ops.  American Brewing was another we don’t get to see much of, as we sampled their Hop, Skip, and go Natural pale ale. 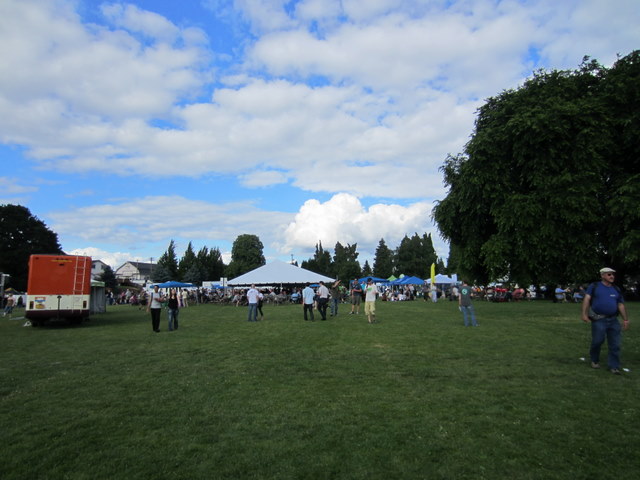 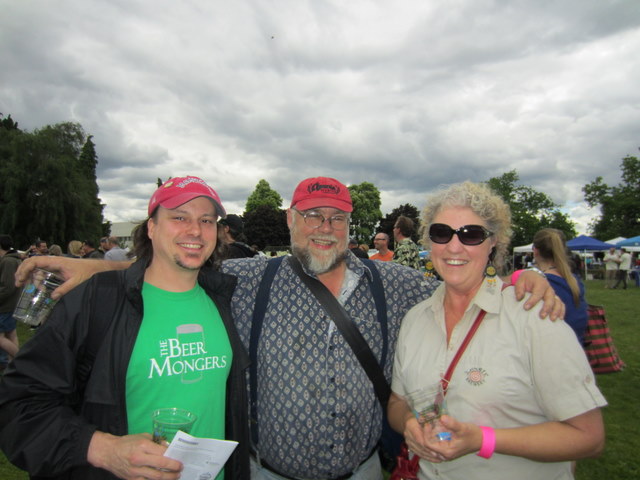 The brewfest also gave folks a chance to experiment a little and get out of their comfort zone. We were able to try some beers brewed without hops, such as Fort George Brewery’s Spruce Budd ale.  And for those in attendance who were interested in sampling beverages other than beer they were in luck, Captured By Porches had plenty of Kombucha tea on hand.  With all the variety and choices we had there still seemed to be one that stood out from the crowd, The Seizoen Bretta from Logsdon Farmhouse Ales was a popular choice and kept us coming back for more (We heard more than one person claim that it was the main reason for making it to the brewfest). 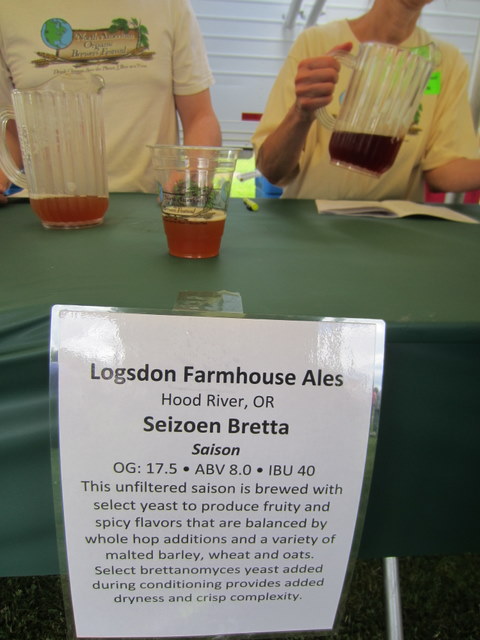 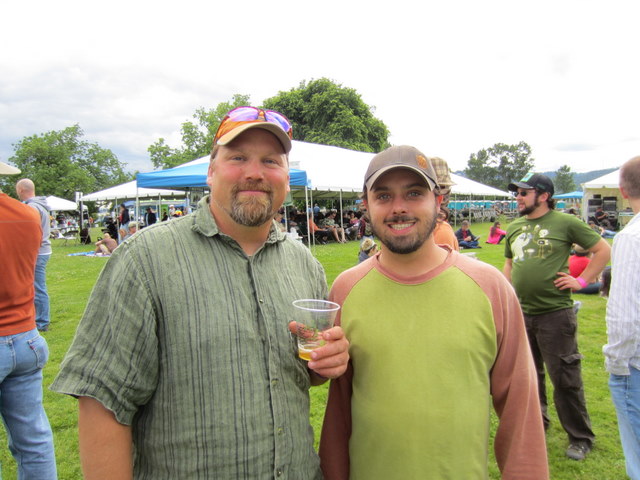 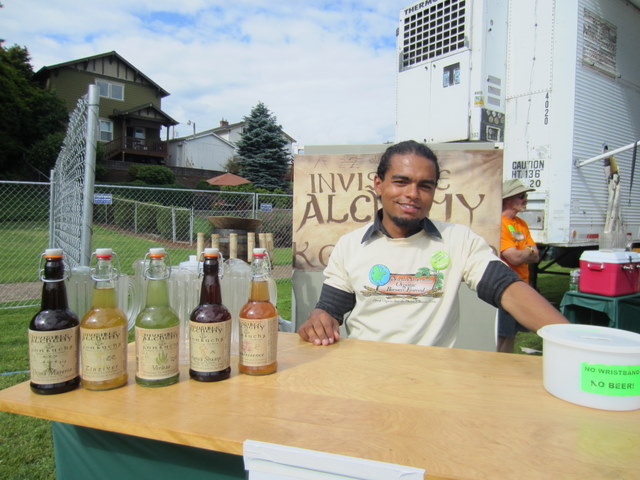 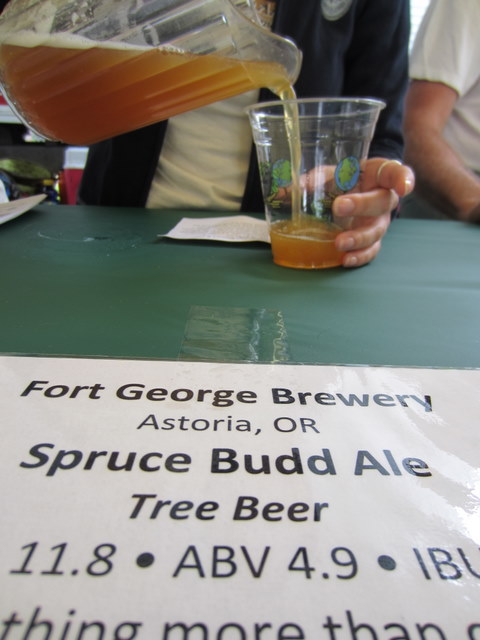 I think the overall theme was really about choices; plenty of great food, beer, music, even a little shopping if you wanted to pick up a gift.  The NAOBF offered a nice change of pace in the sometimes overwhelming stream of brewfests these days. 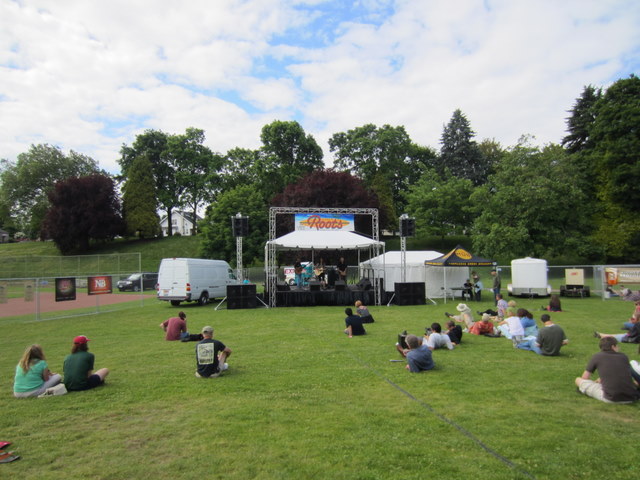