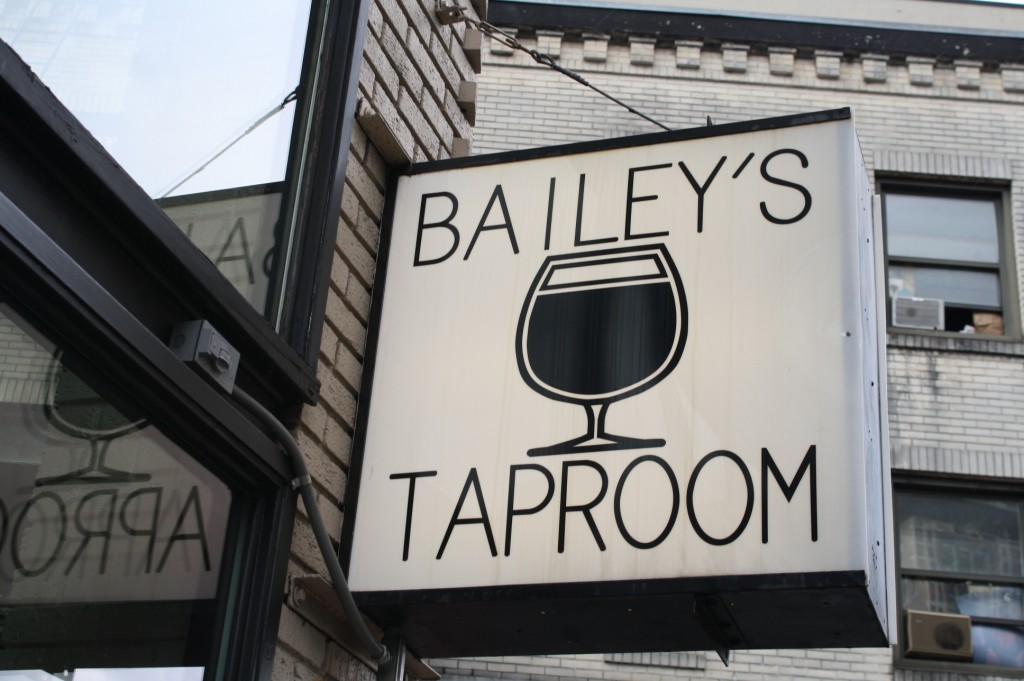 Those who have been hankering for a festival of Belgique brews will find them all under one room at the taproom and won’t have to wait until spring to experience the annual Portland Cheers to Belgian Beers event. Further, unlike PCTBB, Bailey’s BelgianFest will not restrict breweries to one specific yeast strain. Many of the brews obtained by the staff are one-of-a-kind, first release, or vintage kegs. 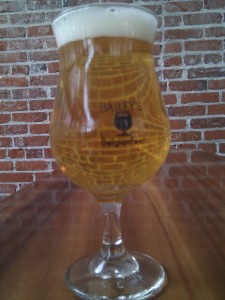 Bailey’s founder and uber beer geek Geoff Phillips says “Similar to our anniversary and CellarFest earlier this year we will be running it like a mini festival; a token system will be in place, plus a souvenir tasting glass is including in the admission.”

It also appears that more special beer events are on the horizon for Bailey’s Taproom. Phillips informs us that CellarFest 2011 will return in January2011 as well as an inaugural GermanFest planned for April 2011.
Here’s a look at what you can expect for Bailey’s BelgianFest:

Astoria Blueberry Lambic
165 pounds of blueberries and an additional 3.5 pounds to each keg. Brettanomyces was added along with oak chips soaked in wine barrels and aged for five months.

Beetje Blonde Beetje
A blond ale with a twist. Clean pilsner base layered with a dash of Golding and Sterling hops. A dose of lambic blend and oak chips in secondary adds a hint of funk.  5.8%

Deschutes The Marooned Belgian
Named for some experimental hops which got marooned their cooler, its
high strength and color. This may just keep you stranded here longer
than you predicted. 13.7%

Laurelwood Oud Bruin
Chad Kennedy brewed this beer for the fest.  It is still fermenting, so we don’t much additional info yet.

Lompoc ’08 Brewdolph
Belgian style red ale features a malty and creamy body, it boasts a mild fruitiness and a spicy clove character and has been aging in Port barrels for about 1.5 years 7.6%

Lucky Lab Doggie Kong sour lychee saison
sour mash with about 20% of the grain bill. no hops lychee fruit during fermentation that gives it just a hint of fruitiness to balance the sour flavor. 6.4% ABV, 0 IBU

Roots Brune “O”
Belgian Brown brewed for the Cheers to Belgian Beers festival early this year. One of the few remaining kegs from Roots Brewing. 7.2%

Seven Brides Abbey Dubble
A spicy nose and a complex fruity taste that lingers for some time. Full-malt taste, with deep, smooth flavors and almost no hop aroma.7.8%, 18 IBUs

Upright Barrel-Aged Seven
A batch of Seven that has been aging in two wine barrels since August 2009, one with brett lambicus and the other with Brett Clausennii. This is a blend of both.

Bailey’s Taproom is located at 213 SW Broadway in Portland, Oregon. For more information, visit their website: www.baileystaproom.com or call (503) 295-1004.