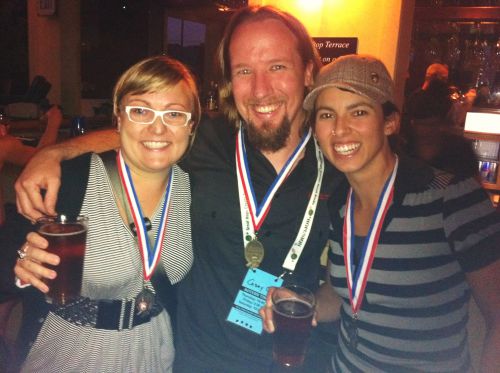 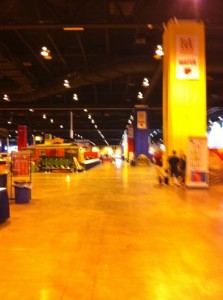 In the weeks leading up to my first GABF I was advised by several festival veterans to be methodical and organized, knowing each beer that I wanted to try to and to get to them early and quickly before the Colorado Convention Center in Denver filled to the brim with seas of pretzel necklaced partiers. Of course I did not take this valuable advice and figured I would just wonder around and try beers that sounded good, my only strategy being to steer towards beers that are not available here in Portland or beers that I haven’t tried.  Big Mistake. Nothing that anyone had told me could have prepared me for the monster that is GABF. Navigating this showcase of 445 breweries, over 2,000 beers and 49,000 attendees was a daunting task to say the least. Luckily, I ran into a familiar face after I was almost instantly separated from my group when the doors first opened on Thursday. Charles Culp must have seen the lost look on my face and pointed me towards Bell’s booth to try their Wild One sour. This beer was lovely, light, refreshing, tart with an amazing vanilla and oaky aroma. It was also around this time that the kind citizen Micah Bell (of Laurelwood Brewpub) informed me that with my Deschutes Brewery sponsor pass I didn’t need to wait in these somewhat heinous lines, I could just sneak back behind the counters! I was rejuvenated and off to find the best beers hiding in this seemingly endless sea of rowdy festival goers. Here is what I found:

Founders Brewing Company, Canadian Breakfast Stout. One of the smoothest stouts I have ever had the pleasure of tasting. The vanilla, chocolate, coffee and creamy maple flavors were out of this world.

Hoppin’ Frog Brewing Company, Frogs Hollow Double Pumpkin Ale. Loved the ginger, clove, cinnamon and nutmeg flavors all perfectly balanced and not overwhelming or too long to linger. This beer won a gold medal in the Field Beer category. Actually stopped by this brewery based on a recommendation of Angelo… who knew he could pick a winner?

The Bruery, Black Tuesday Imperial Stout. Yes, a hype beer, I know. But I had to try it nonetheless and it didn’t disappoint. Bourbon, espresso, chocolate all engaged into this very sweet yet lovely beer. Also Doug Constantiner and the Bruery staff were absolutely delightful and endlessly proud of their craft. He even offered to send me a growler of Hottenroth…

Dogfish Head, Theobrama. Theobroma, or “food of the gods,” is brewed with Aztec cocoa powder and cocoa nibs from Askinosie Chocolate, honey, ancho chilies, and annatto.  Just had to try this beer and get my picture taken with Sam Calagione! I would have liked to get more heat from the chilies but this beer was bold and endlessly complex, I loved the sweet honey finish. 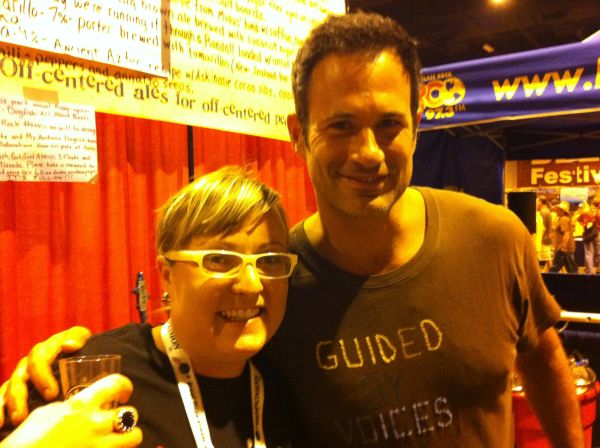 Brooklyn Brewery, Sorachi Ace. Perhaps my favorite beer of the festival. Made with champagne yeast and a the rare Japanese-developed Sorachi Ace Hop, I could not get enough of this refreshingly tangy yet almost creamy farmhouse ale. Dear Upright Brewing, get these hops! 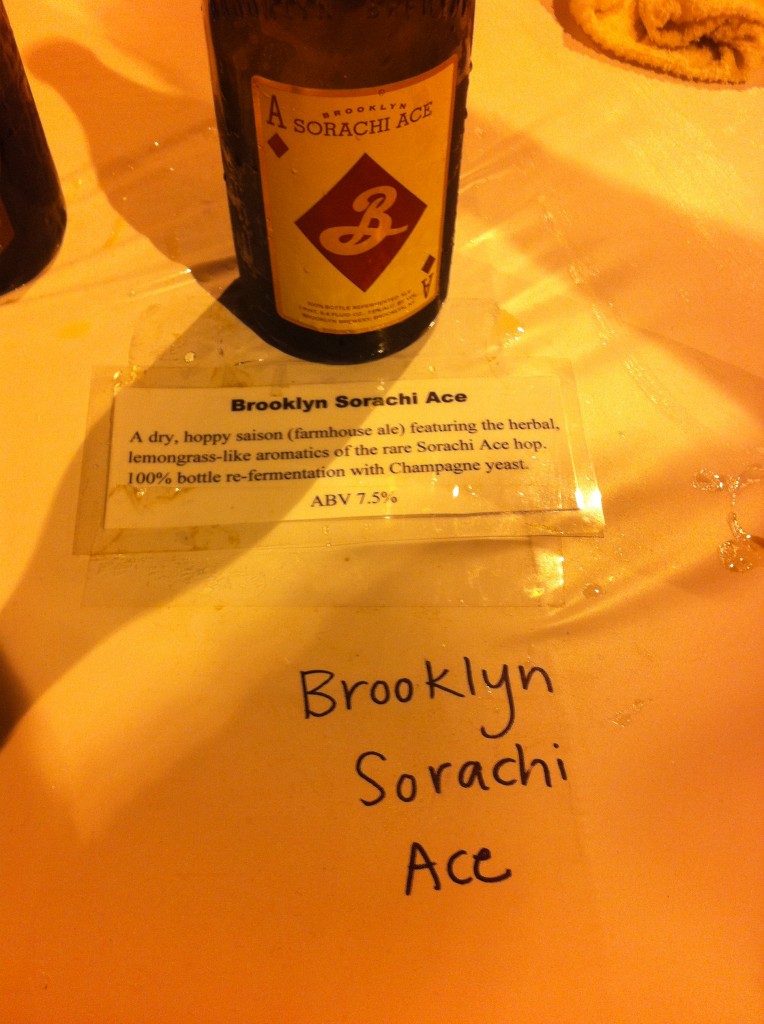 Overall my first Great American Beer Festival was an incredibly fun yet overwhelming experience. Denver and it’s amazing beer spots like Falling Rock, Wynkoop and all of the surrounding breweries were such gracious hosts to the beer geek masses. Deschutes Brewery was the best tour guide that a newbie could ask for, wearing those medals around was amazing! All of new friends made and the old friends reconnected at this festival was more that I could have imagined. See you next year GABF! 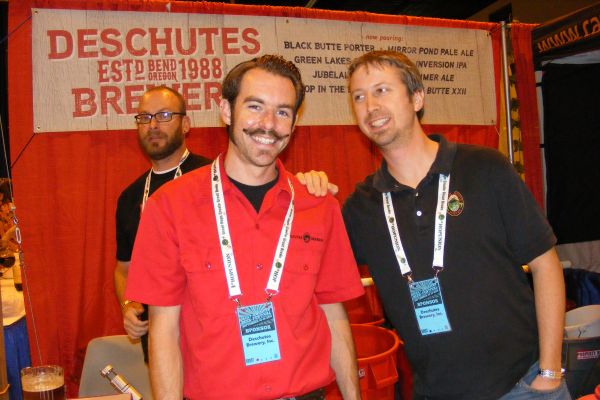