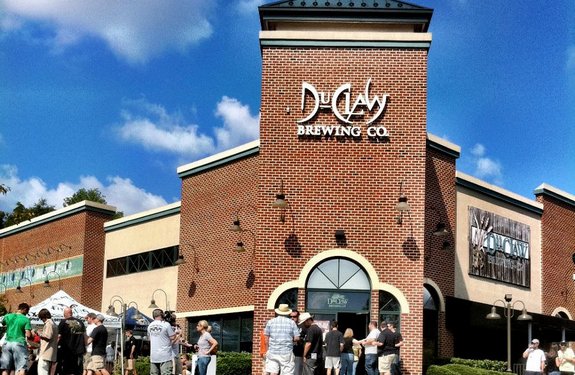 The craft beer scene is booming in America right now. In fact, in 1993 there were only about 500 breweries making beer in America. Today, there’s about 2,700. Here, in the great state of Maryland, are a few breweries and brewpubs that are changing the beer world.

Duclaw Brewing was starting by Dave Benfield in 1995, and opened up to the unprepared world in 1996. He started out like many of us –homebrewing to produce the kind of beer he wanted to drink rather than be limited to that which was commercially available at the time.

Within one year of opening the first DuClaw brewpub and brewery in Bel Air, MD, they were named “Bel Air’s Hippest Establishment” by the local newspaper. Since then, they’ve outgrown their original brewing facility and their second brewery in Abingdon, MD. They now brew in a large, state of the art facility on the outskirts of Baltimore to keep up with the ever growing demand from their four brewpubs and liquor stores throughout Maryland, Northern Virginia, D.C., and Southern  Pennsylvania. According to Morgan Schell, DuClaw’s marketing guru, “Growth trends project a doubling of bottled beer sales in 2013 over 2012, and redoubling in 2014 over 2013 that will see the beer distributed throughout MD, VA, PA , D.C., and New Jersey. The endgame? WORLD DOMINATION.” 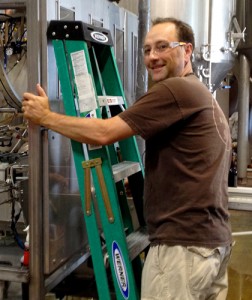 So, why is this brewery destined for world domination? It’s their beers, of course! Dave Benfield and their brewmaster, Jim Wagner, have brewed more than 35 unique beers and countless variations and blends. Some of their beers are available on tap and in bottles year round, and there are others that rotate in and out of their lineup depending on available ingredients and seasonal appropriateness of the style. They brew everything from the 21% ABV Colossus, the world’s 7 th strongest brewed beer, to 5% ABV very drinkable Euforia, a toffee nut brown ale.

While I’m an IPA guy, (and, boy, do I love their double IPA, Serum) the beer that everyone needs to try is their chocolate peanut butter porter called Sweet Baby Jesus. It tastes exactly how it sounds. The local liquor stores can’t keep the beer in stock. In fact, I went to two different stores yesterday to grab a six pack and they were both sold out!

So, if you ever make out this way, be sure to stop in one of the DuClaw brewpubs and try a beer or three. If you’d like to try everything they have on tap, they offer a sampler that has nine year-round beers and the seasonal beers out for that month.

Tyler Kreis lives and drinks craft beer in the state of Maryland. We look forward to exploring more of his favorite spots in this region throughout this series.