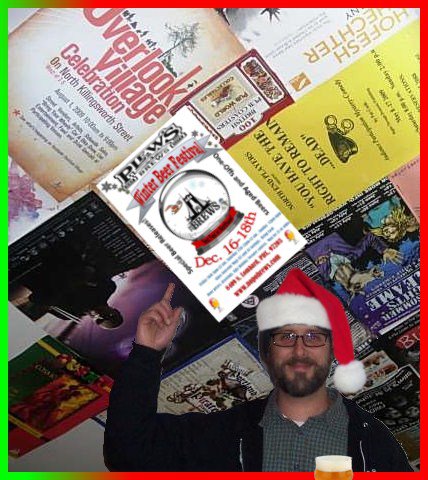 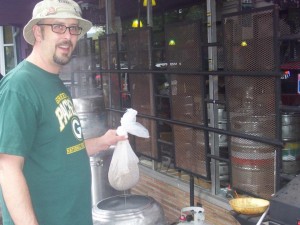 Plew’s Brews Winter Beer Festival kicks off Friday December 16, 2011 at 5PM and lasts throughout the weekend. Impassioned Plew’s craft beertender and NoPo Brew Crew  Trevor Thurston who wrangled up many kegs with the help of many regional distributors says he wanted to feature the St John’s pub that many Portlanders are still unfamiliar with.  “People don’t realize how cool Plew’s really is. I am not sure many people know how much good beer we carry.” says Thurston, adding, “Events are a little slim until the Lucky Lab’s barleywine fest in March. This is one last hoorah for us until then. By a country mile this is our biggest event so far. If it goes well, we are also thinking about having a summer festival. That will probably happen outdoors.” 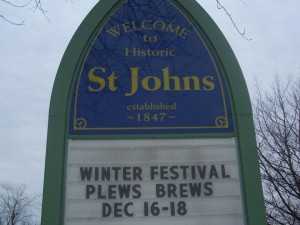 So what can folks expect to find at Plew’s winter bash? Lots of hearty seasonals and many 2011 standouts. “I am excited about (Sierra Nevada” Ovila Belgian-style Quad.” admits Thurston. “I am also looking forward to trying new beers from Humble Brewing“, North Portland nanobrewery from nearby who will be debuting their first beer, a Cascadian Dark Ale, at the fest. Thurston says “I am most excited about people who haven’t been to Plew’s to check it out. It’s unique, it’s community oriented and not a money making machine. It’s more of a community resource for great beer.”

In addition to the ongoing array of brews, Plew’s will feature Chris Baker from Eye Luv Beer will be selling his Oregon lovin’ t-shirts, decals, beer totes, and other merch as well.

For Plew’s Brews Winter Beer Fest, patrons can purchase commemorative 10 ounce glasses and  10 tickets for $15. One $1 ticket is good for a 4-ounce pour of most beers. Some stronger and more exclusive beers require two tickets.

The glass sales portion for the proceeds goes toward NoPo Brews for more outreach, brewing demons and supplies.

Here’s a list of beers slated to pour at this inaugural winter event: 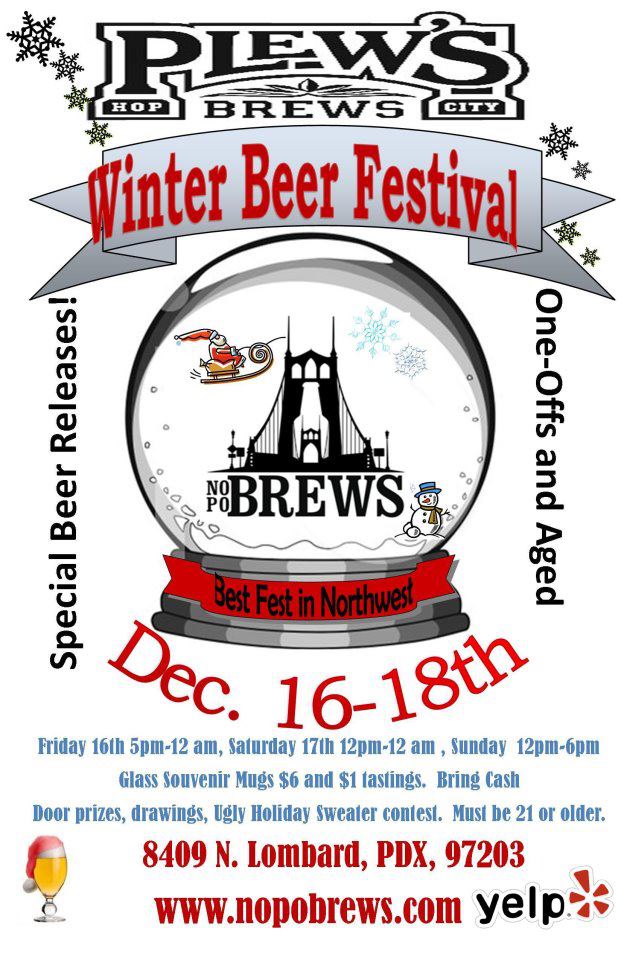 Off The Rail “ Sin after Sin” Belgian Tripel

Plew’s Brews is located at 8409 N. Lombard in St Johns, Portland, Oregon. Find more details and follow them on their Facebook page.