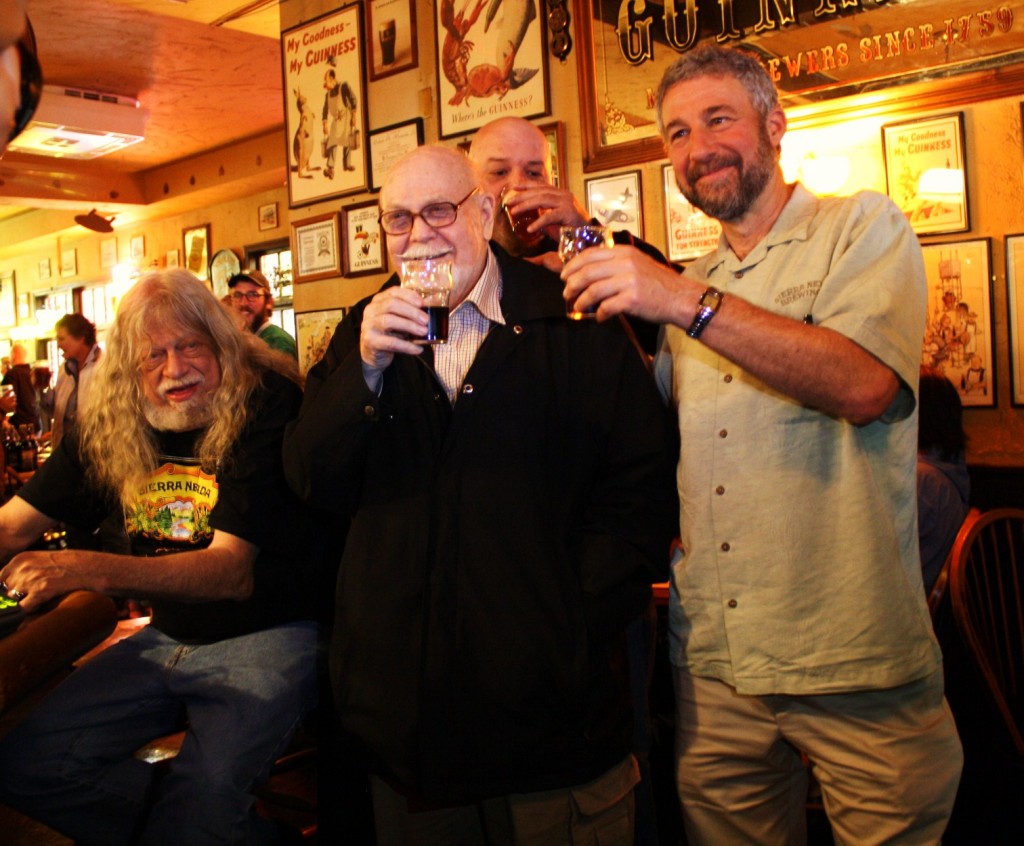 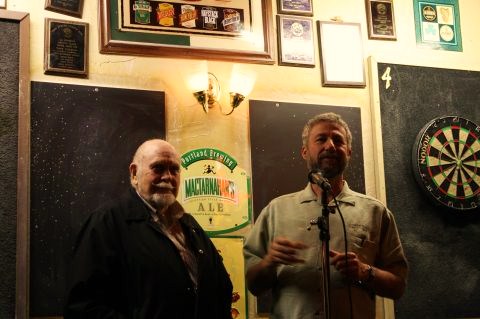 During this special night at the Horse Brass, special Sierra Nevada brews including an Fritz & Ken’s Ale (brewed to honor Anchor Brewing’s Fritz Maytag), the flagship Pale Ale, Summerfest Pilsner, Southern Hemisphere Harvest Ale, the afformentioned Bock, and two popular casks of Porter and Chico IPA all poured to the contentment of a packed room of beer lovers. Among the crowd of those thirsty for great beer was the likes of Full Sail brewmasters John Harris and Phil Roche, Lisa “The Beer Goddess” Morrison, Horse Brass founder Don Younger, and the golden boy himself, Fred Eckhardt. Grossman and Eckhardt  autographed posters, bottles, and even a baseball.