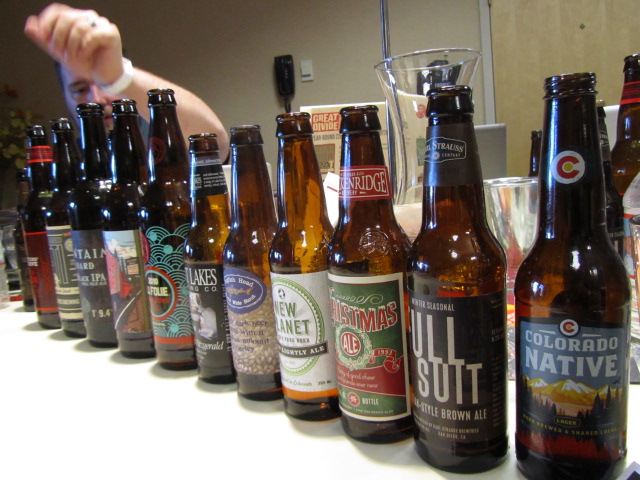 At the Beer Blogger Conference in Boulder, Colorado, a special speed tasting with twelve craft breweries where brewers and marketing representatives poured samples in five minute sessions. This was both challenging and interesting, but overall, quite a memorable experience. 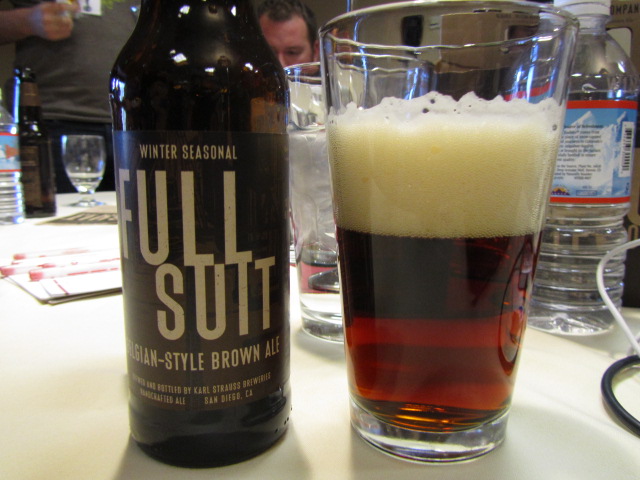 Widmer Brrrbon: Co-founder Rob Widmer shared this winter seasonal with us. The base beer, Brrr, a variation of Widmer’s previously released W ’05 Northwest Red is a 7% ABV winter warmer (this beer finishes at about 9.5% ABV. Aged for four months in Kentucky bourbon barrels. Not over the top whiskey and with a nice vanilla creaminess. The wet wood adds an added dimension to the beer. Rob is a self proclaimed whiskey fan and found inspiration about five years ago when he tasted Goose Island’s Bourbon County Stout at GABF. 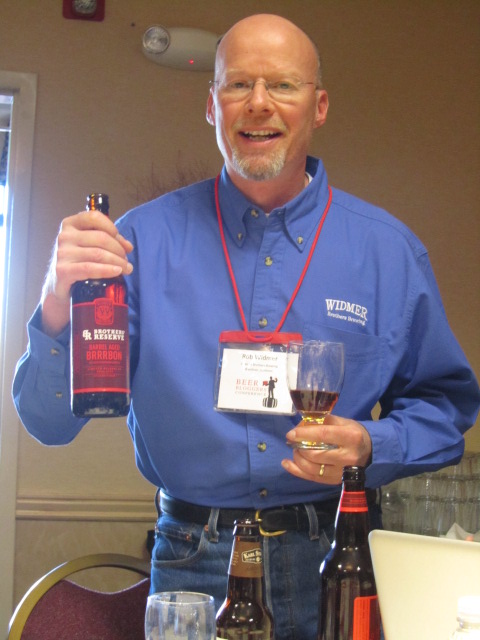 Rogue Chocolate Stout: This motor oil thick base brew is a 6% ABV Shakespeare Stout with a touch of rolled oats. At the end of the brew, liquid chocolate is infused. Sebby Buhler of Rogue, who is pictured on the bottle, loves blending this beer with Rogue Hazelnut Brown or the Chipotle Ale or even with a spritz of Rogue’s Hazelnut Rum. With Rogue since 1991, her picture was used to honor Sebby’s tenth anniversary with the company in 2001.  This beer, like most of Rogue’s mainstays is brewed under Brewmaster John Maier. 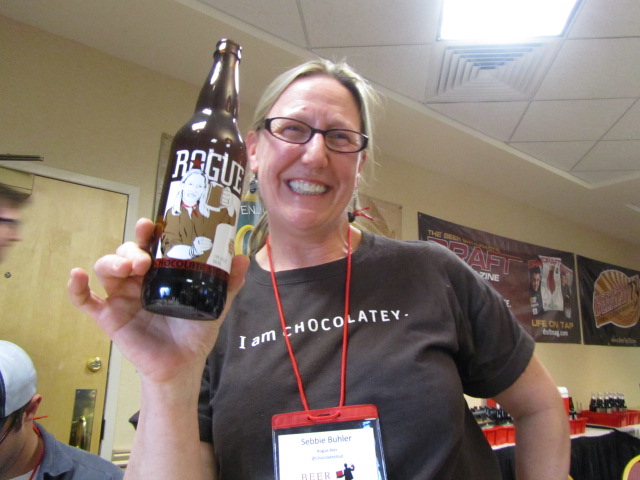 Great Divide Oak Aged Yeti: Ratebeer calls this beer Colorado’s best craft pour. Yeti is a year round brew and this is a winter seasonal rendition. Bryan Baltzell who works in marketing and sales reiterated the critical acclaim of this magnificently deep and dark beer conditioned with virgin chips of both French and American oak. Following Rogue’s Chocolate Stout, this is equally as much a dessert beer. In addition to this and the original version Great Divide also does, espresso, chocolate, and Belgian Yetis. 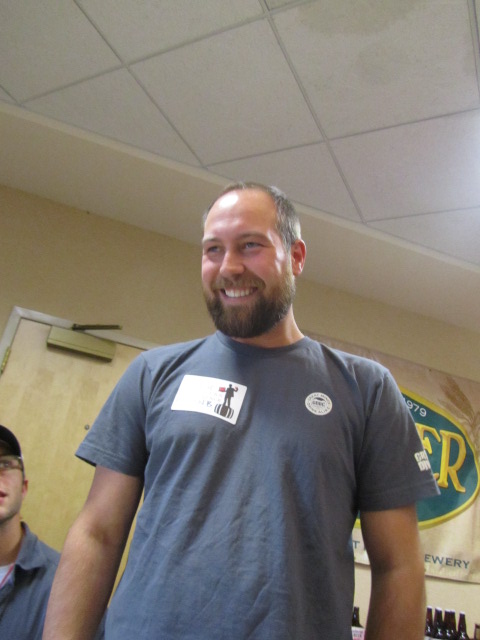 Odell Double Black IPA: Officially released today, this beer uses seven different American hops from a hop harvest on the Western Slope. Joe Mohrfeld, brewer, says this Imperial Cascadian Dark Ale has a blueberry nose from the combination of the citrus resinous hops and the roasty dark malts. This beer is a step outside of the brewery’s core brand lineup, this 9.5% ABV, bottle conditioned ale offered in corked 750 ml bottles is quite drinkable. 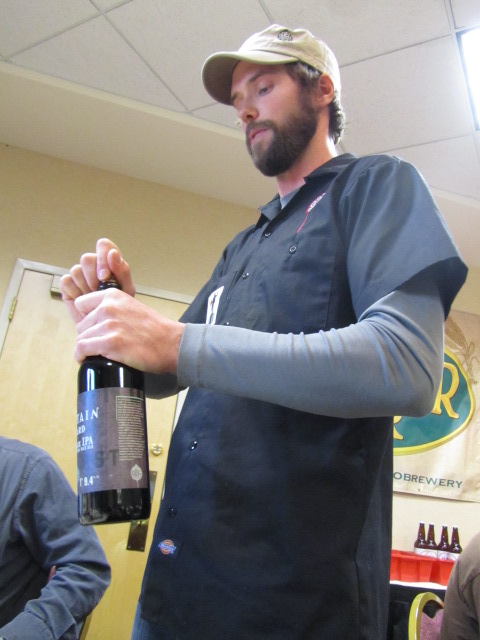 Deschutes Hop Trip: We’ve had this a bunch before and have always enjoyed it. Stacy Denbow was on hand to speak on behalf of the sixth largest craft brewery in the United States. The Hop Trip is the signature fresh hop ale from Deschutes and uses fresh Willamette Valley hops (100% Crystal hops). The hops were hand picks from three different hop fields from three different hop fields. 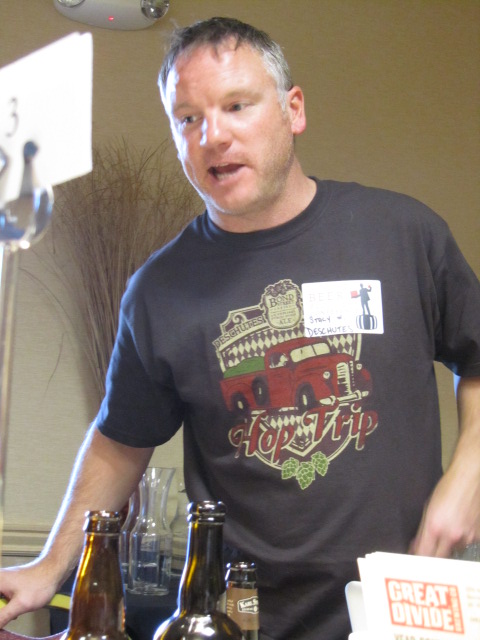 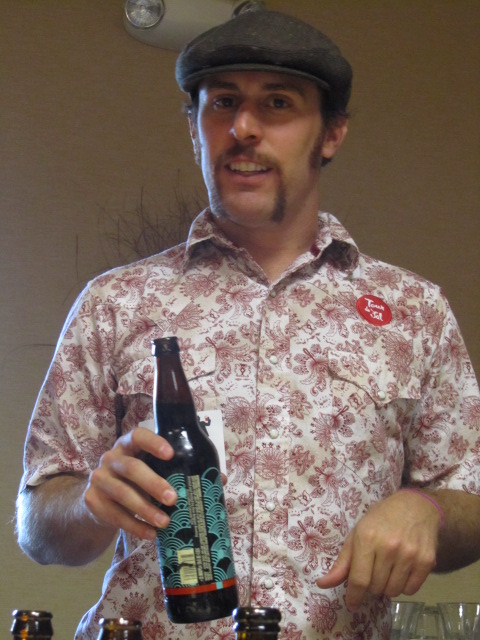 Breckenridge Brewing Christmas Ale: This beer hit the shelves a few weeks ago and is the brewery’s fourth best selling beer.  Marketing director Todd Thibaul, who has been with the brewery for well over a decade says “we have sold the crap out of this beer since 1993.” Hand labeled and hand numbered 12 ounce bottles were passed around  Public relations director Terry Usry was on hand as well. 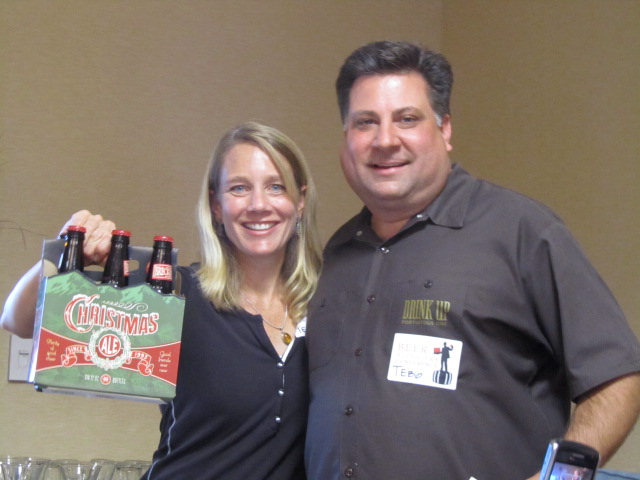 New Planet Gluten-free Beers: The 3R Raspberry Ale won bronze at this  year’s GABF. Using Oregon raspberry puree, this beer brewed solely from sorghum.Marketing director Danielle Quatrochi says the beers are all contract brewed at Fort Collins Brewery and have been around since 2008. Tread Lightly Ale, like all the brands represents a different environmentally minded objective. Off Grid Ale, a darker full-bodied ale represents energy efficiency. 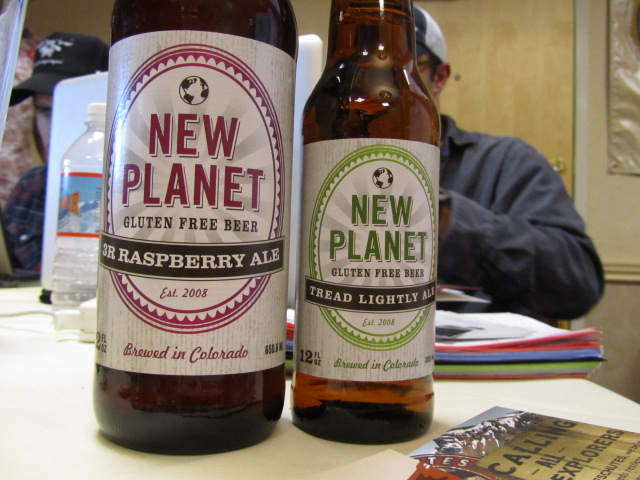 Dogfish Head Brewery Worldwide Stout: Mariah Calagione of the Milton, Delaware brewery shared this 18% ABV monster imperial stout that  is released each year as a winter seasonal. We were fortunate enough to experience the 2006 vintage (older vintages have reached 23% and 25% ABV). Beers this strong involve lots of time, sugar, and “super yeast.” Mmmm! 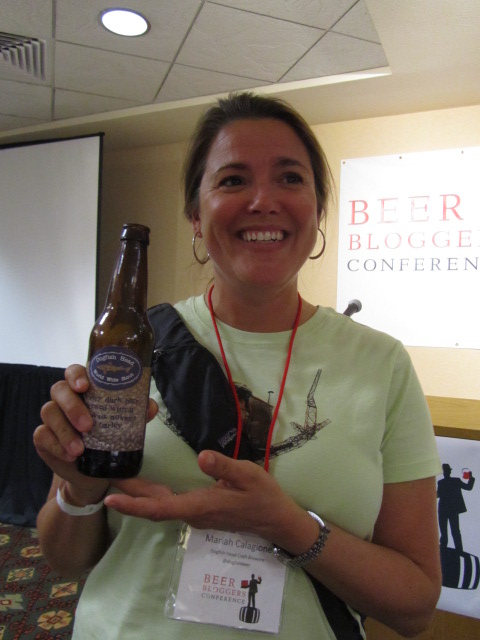 Great Lakes Edmund Fitzgerald: This Cleveland-brewed beer named after a ship that sunk in Lake Superior in 1975 (Great Lakes beers are named for historic events), is an unpasteurized porter. It pairs well with an assortment of food from Oysters to chocolate to barbecued meats. The smoky, robust, dark, and bittersweet characteristics of this beer really shine as one of the best all-occasion brews from the eastern Midwest. 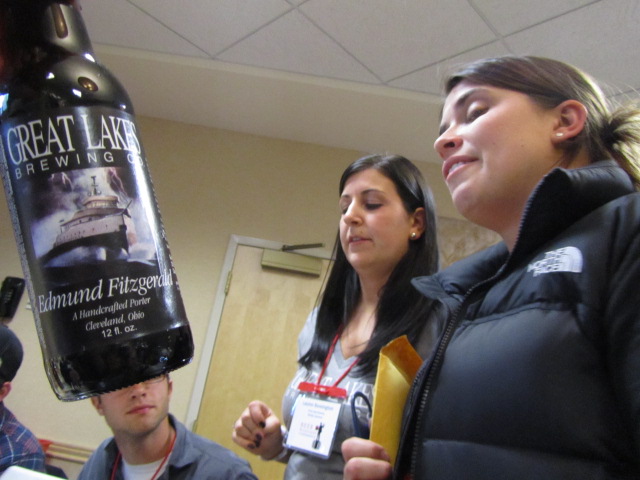 Colorado Native Lager: Head brewer Jedd Cornell is one of a dozen members who work for this Golden, Colorado brewery owned but not heavily impacted by Coors. He informed us that this amber lager sources all ingredients from Colorado and is 5% ABV uses Chinook, Cascade, and Centennial hops. The brewery has been operative since 2008 and is on track to produce about 5,000 barrels this year. 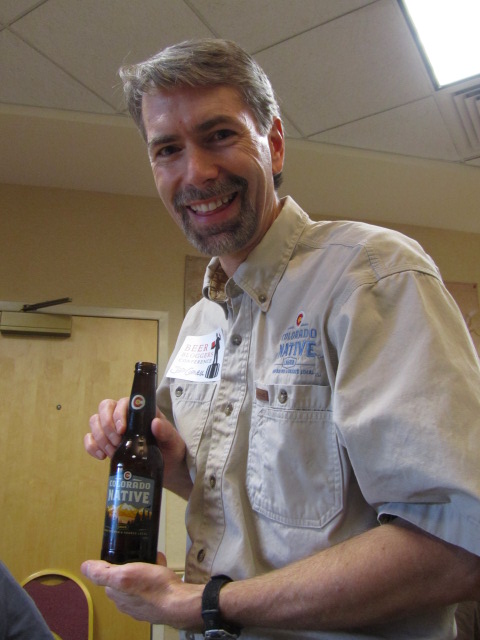 And so, there you have it. A dozen interesting beers experienced at the Beer Bloggers Conference. Needless to say it was a lot of fun and quite delicious. Cheers!