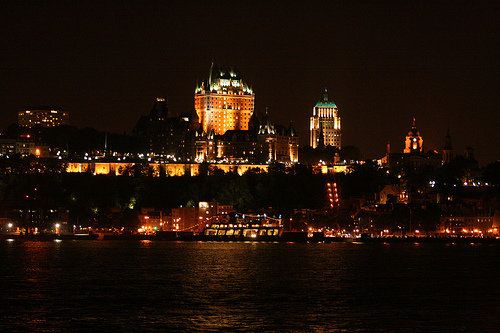 I like to come to Québec to visit my family, friends and their kids and also for the summer festival.  We had a real good edition with plenty of concerts from artists like Iron Maiden, Dream Theater, Rush, Social Distortion, GBH, Jello Biafra and so on.  But what about the beer?  Unfortunately, the festival was sponsored by Molson and the only products available on the site were Molson Dry, Molson M and Aquafina, which is the only bottled water that has an ugly taste because it is bottled from tap water  (thanks Pepsi).  Well, I can understand that only macro breweries have the money to sponsor such a big event, but it is always boring to attend a rock concert without anything good to drink.

Nevertheless, I took the weekend to pubcrawl Québec’s breweries, too.  Here’s where I went:

La Korrigane
The name of La Korrigane comes from an Icelandic codfisher transformed into an exploration ship.  Their expedition in 1934-1936 brings back a collection of 2000 ethnic objects of Polynesia, Indonesia and Egypt. 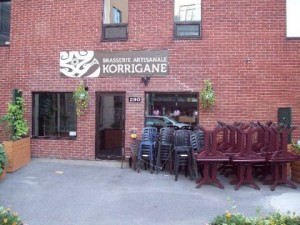 I have been very lucky and a bit insolent to attempt to the newest brewery in town, La Korrigane.  In fact, the place wasn’t really opened.  It was just a practice for the real opening night and only family and friends were invited to this event where the new staff was experiencing a new location, with new equipment and the first batch of recipes that hasn’t been tested with the water of the city.  So, okay, I promised to the owner to be objective in my comments and I wrote one page for the suggestion box.  The renovations of this huge building present a location easy to access (Corner of St-Joseph and Dorchester) with a terrace and eventually a kitchen (please offer more than burgers).  It will certainly help for the revitalization of St-Roch neighbourhood. 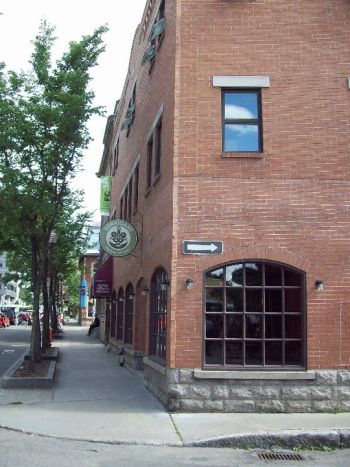 Beers tasted there revealed much potential.  I will surely return to measure the evolution when the installations will be fine tuned.  The only thing I could notice was that the beers had a mouth felt too thin.  I experienced a witbier (Mary Morgan) with good aroma of banana, citrus and a bit of yeast. The blueberry beer (Emiliy Carter) didn’t impress me because I found it too acidic.  The red and the oatmeal stout (Cornik) presented a some acidic taste, too, but where quite interesting.  The blonde (Vila) was my preference with a light touch of flowers and honey. 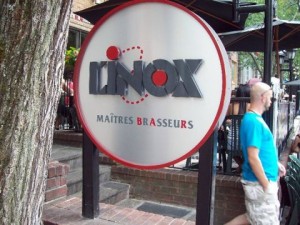 As I remember, this brewpub is the oldest (1987) that is still opened in Québec.  They recently move to a new location, so the occasion was perfect for a visit.  Only three beers were on tap because the affluence of the summer festival.  Simply called Blanche, Blonde and Rousse (white, blonde and red), I had glasses (no tasters available) of beers that respected the standards.  The white presented touches of citrus and the red some caramel malts.  The best was the blonde, American pale ale that presented a hoppy taste from five different hops.  It was simply great on a sunny terrace.  I shall visit this place when seasonal beers will be available, but on such a touristic street (la Grande Allée), I think this brewpub will now have the happy problem to fill up the mass of tourists instead of the local beer geeks.  Good for the volume, but please don’t forget to brew funky things. 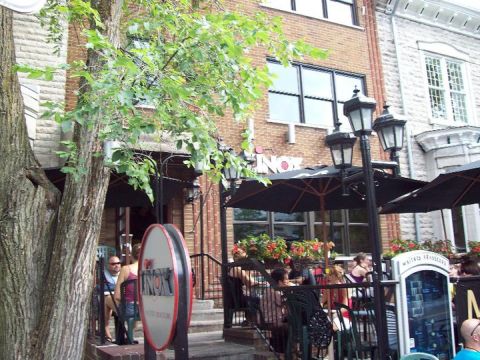 Le Corsaire is located in Lévis, just next to the ferry boat of the St-Lawrence River.  So the best way to access it is to take this ferry which gives an exceptional view of Québec and his Frontenac Castle.  The brewer, Martin Vaillancourt, made some of his classes at the aforementioned L’Inox as well as in England, so this brewing style is strongly and well represented here since 2008.  Here is what I’ve tried: 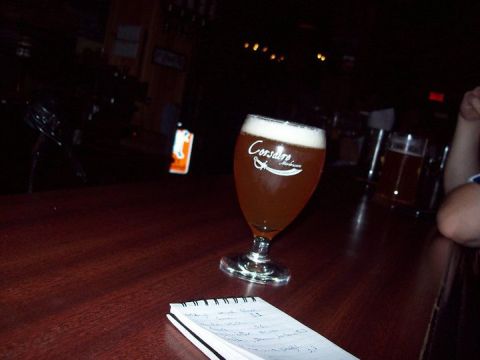 Tanaka blanche, wheat ale with ginger,  Seeräuber Pilsner,  Galère pale ale,  Bristol ESB, Maya blanche au miel, Corsaire Alt, Davy Jones Stout, Session bitter and Session bitter on cask.  Unfortunately, no IPA was on the board, but I had something very hoppy with the Session Bitter on cask.  What a great beer!  80 IBU and only 3,5 % of alcohol.  I would have took pints and pints of it but had to leave to take the last ferry back to the north shore. 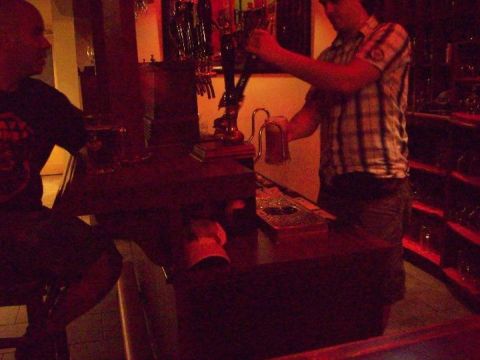 I’ve been lucky (and lonely) because I was the only passenger for this travel on a ferry that can carry close to 40 cars and a bunch of pedestrians.  David Suzuki would have certainly not agreed with this, but there were no other options.   A good thing is that this session bitter will probably be Le Corsaire’s next beer to be canned (no bottles, but cans for this brewery).  At least, this travel didn’t produce five tons of CO2 for nothing…  Sorry Mr. Suzuki and Mrs. Earth. 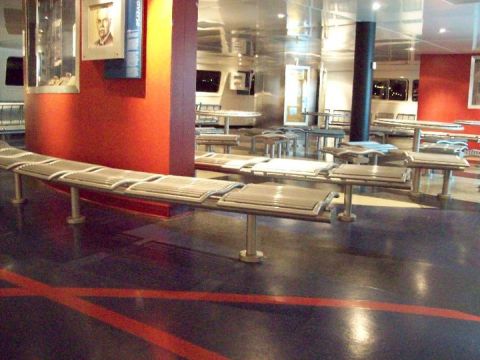 To conclude, well I have to admit that the Québec City beer scene is away from what we can have in Montréal.  Of course, the quality is improving, but with the exception of the cask bitter, I haven’t tasted a lot of really exceptional beers.  On the other side, all the tasted beers were correctly brewed and did not present any technical defaults.

If you’ve  already come to Québec, you’ve probably taken note that I’ve forget to visit a brewery.  No, I haven’t forgotten.  I visited it but won’t talk much of it.  When you have a tasting tray and three of the beers are totally acidic, it is not normal.  The worst is when you mention it to the staff, they agree but still continue to pour it, because the place is full and people just don’t make the difference.  I don’t like that.  Instead of giving my money for default batches, I would prefer to make a donation for cancer research.

Brewpublican Marc Demeule lives and quaffs craft beer near Montreal, Québec and is an honorary citizen of Beervana. Marc@Brewpublic.com 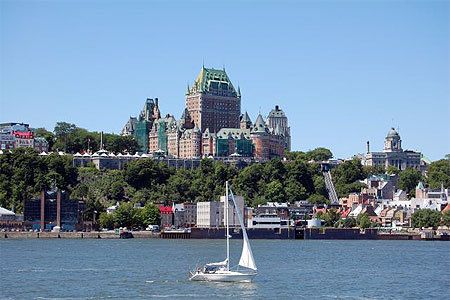