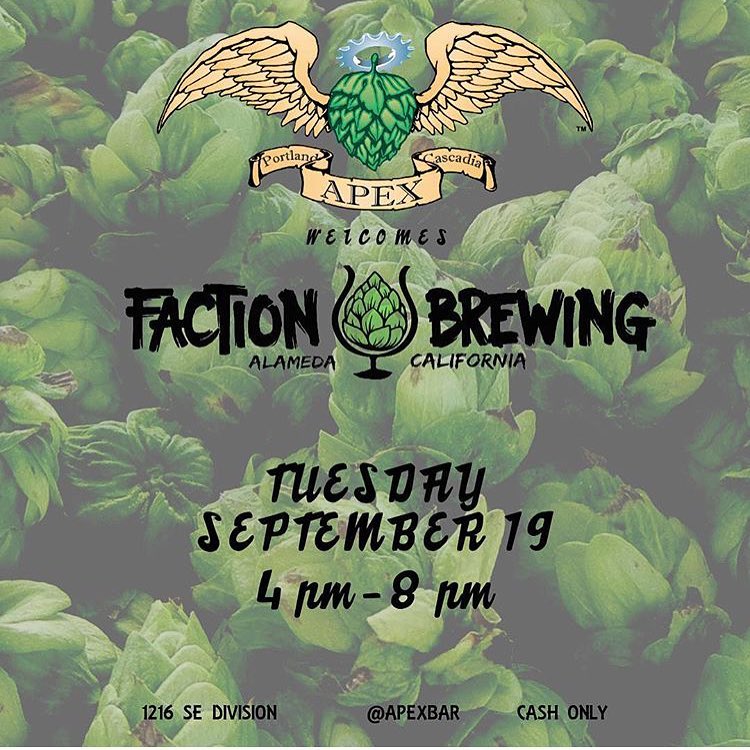 A rare appearance from Faction Brewing will take place today, Tuesday, at Apex in Southeast Portland when Day One Distribution brings a few of its beers to town.

Co-founded by Rodger Davis and Claudia Pamparana in Alameda, California, Faction Brewing will celebrate its 4th year in December. Later today from 4:00-8:00pm, Rodger and Claudia will be at Apex as eight Faction beers will be pouring.