Back in February Running Man Distributing began distributing the beers from San Francisco based Magnolia Brewing to craft beer fans in Portland. During this launch founder/brewer Dave McLean was in town to assist in this launch. With a brewing history dating back to 1997 Magnolia Brewing brews a wide variety of beers and is known for its traditional style beers along with an extensive barrel-aging program.

This week McLean returns to Portland for two events that will take place at APEX and The Woodsman Tavern. With him will be a list of some rare beers from Magnolia Brewing that he’ll be sharing with us here in Portland. 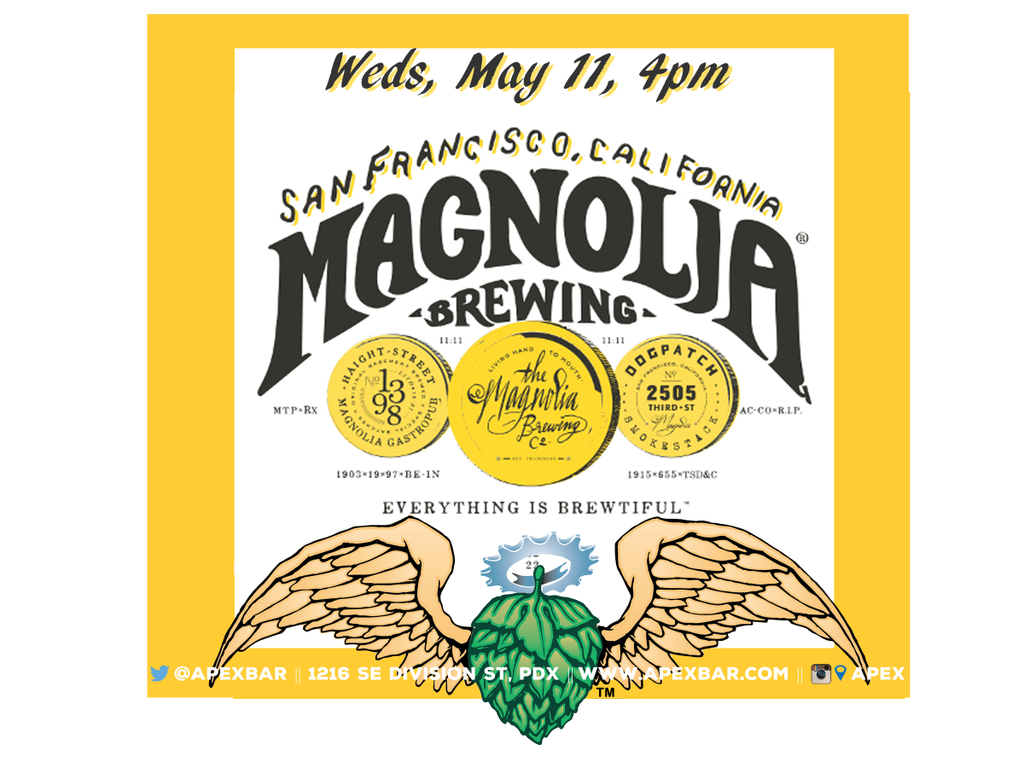 Wednesday, May 11 – 4:00pm
APEX – 1216 SE Division St, Portland, OR 97202
The beer list at APEX will feature three limited and rare beers from Magnolia. These beers include Saison de Lily, as well as a couple of barrel-aged beers including Barrel-Aged Delilah Jones Rye (strong Rye Ale) and Barrel-Aged Old Thunderpussy (Barleywine).

Thursday, May 12 – 6:00pm
The Woodsman Tavern – 4537 SE Division St, Portland, OR 97206
When the second evening moves to The Woodsman Tavern, Magnolia beers will be paired with some food offerings. We are told that the beer list will be different from what is being poured at APEX. One beer to expect is Barrel-Aged Out with the Old (English Olde Ale).