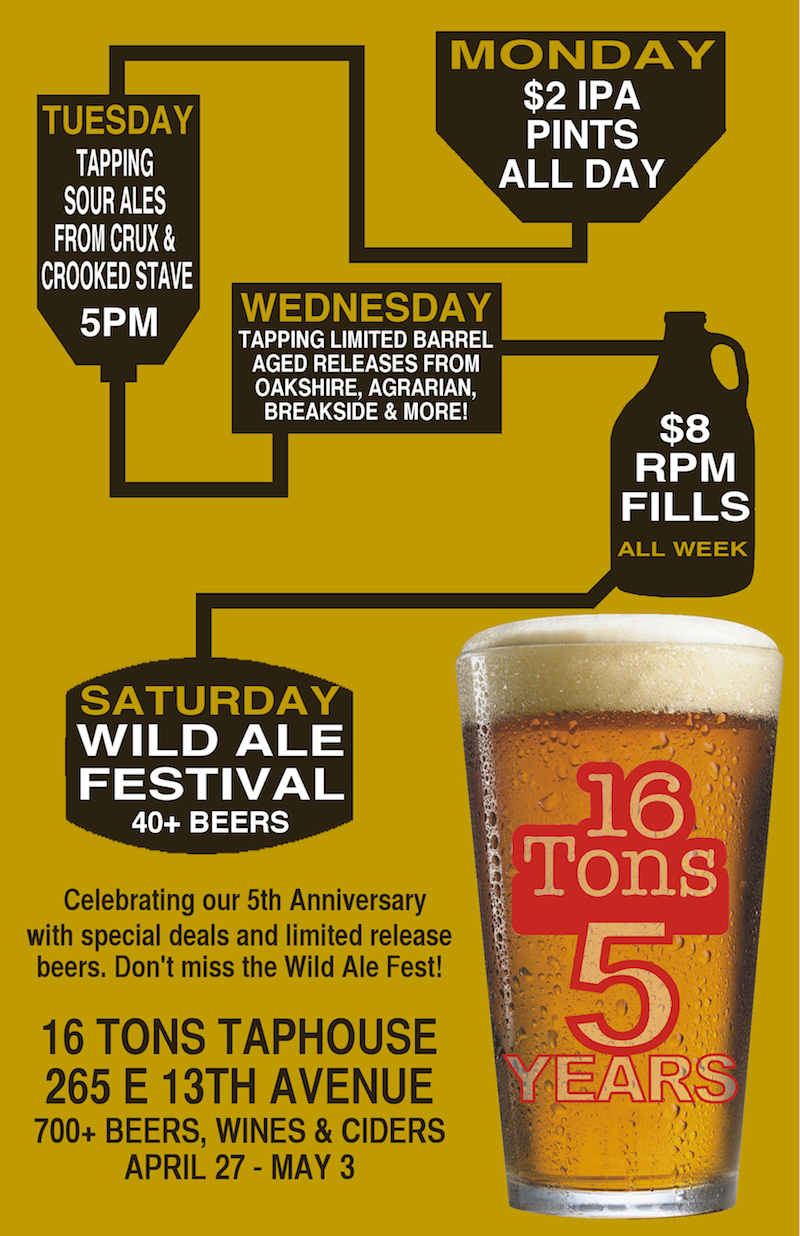 Over the past five years there has been a lot of beers served in Eugene at 16 Tons Taphouse and its more recent addition, 16 Tons Café. For those of you lucky enough to be in Eugene this week, 16 Tons has a lot in store for its 5th Anniversary. This celebration will take place all of this week through Sunday, May 3rd.

Some of the events lined up for the week include the tapping of limited barrel-aged releases, low priced growler fills of Boneyard RPM, Cheese Wars VIII, and culminates on Saturday with Wild Ale Festival. 16 Tons is also excited for the bottle release of its special 5th Anniversary Ale from Logsdon Farmhouse Ales named Sech ‘n Brett.

Last night 16 Tons Taphouse had a night of sour ales. This included the tapping Crux Fermentation Project Freakcake. If you’re lucky maybe there’s still some left to be had today.

On Saturday May 2nd, 16 Tons Taphouse will host its 5th Annual Wild Ale Fest featuring more than 40 Wild Ales. Check back with the16 Tons website for its wild ale offerings.

Then to switch gears and bring it back to Thursday, April 30th for Cheese Wars VIII that will take place at 16 Tons Café beginning at 8:00pm. 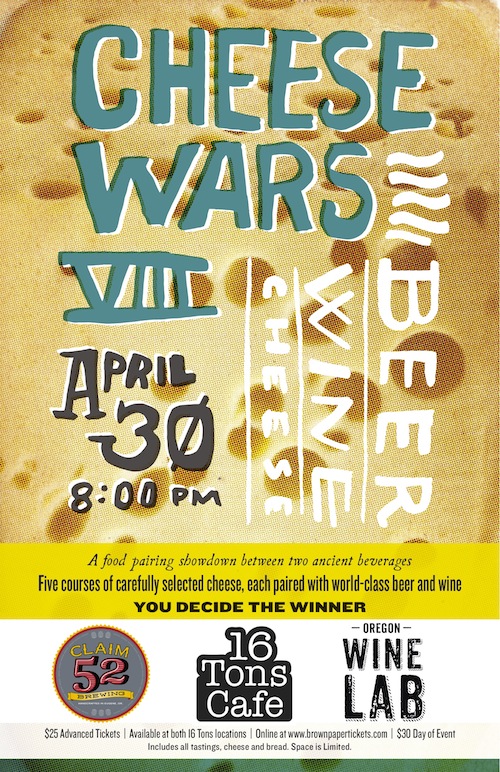 Cheese Wars is a food-pairing showdown between two ancient beverages. We will feature 5 courses of carefully selected cheese. Each cheese course will be paired with a beer and a wine.

Claim 52 Brewers Trevor Ross and Joe Buppert will choose and present the beers. Mark Nicholl of the Oregon Wine Lab will present the wines for Cheese Wars VIII. Which pairings work best only you can decide.

Cheese Wars is a fantastic opportunity to learn about the processes of making beer, wine, and cheese. This is a fun and lively sit down affair!

Tickets are limited. $25 advance tickets include all tasting and food (cheese and bread). Purchase tickets at 16 Tons Cafe and 16 Tons Taphouse or online at Brown Paper Tickets. (Purchase tickets the day of the event for $30.)

The five cheeses to be featured at Cheese Wars VIII will be the following. 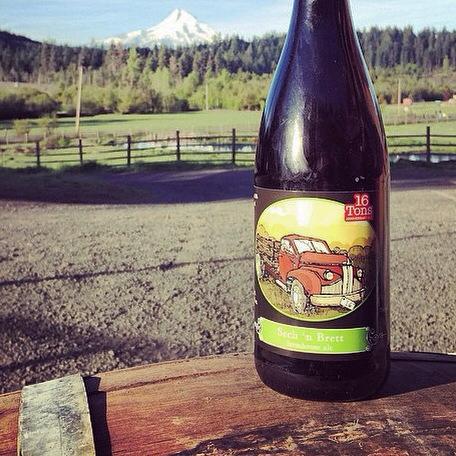 So make sure to check out many of these fun events at 16 Tons Taphouse and 16 Tons Café. Just raise a glass to Mike Coplin on five successful years!