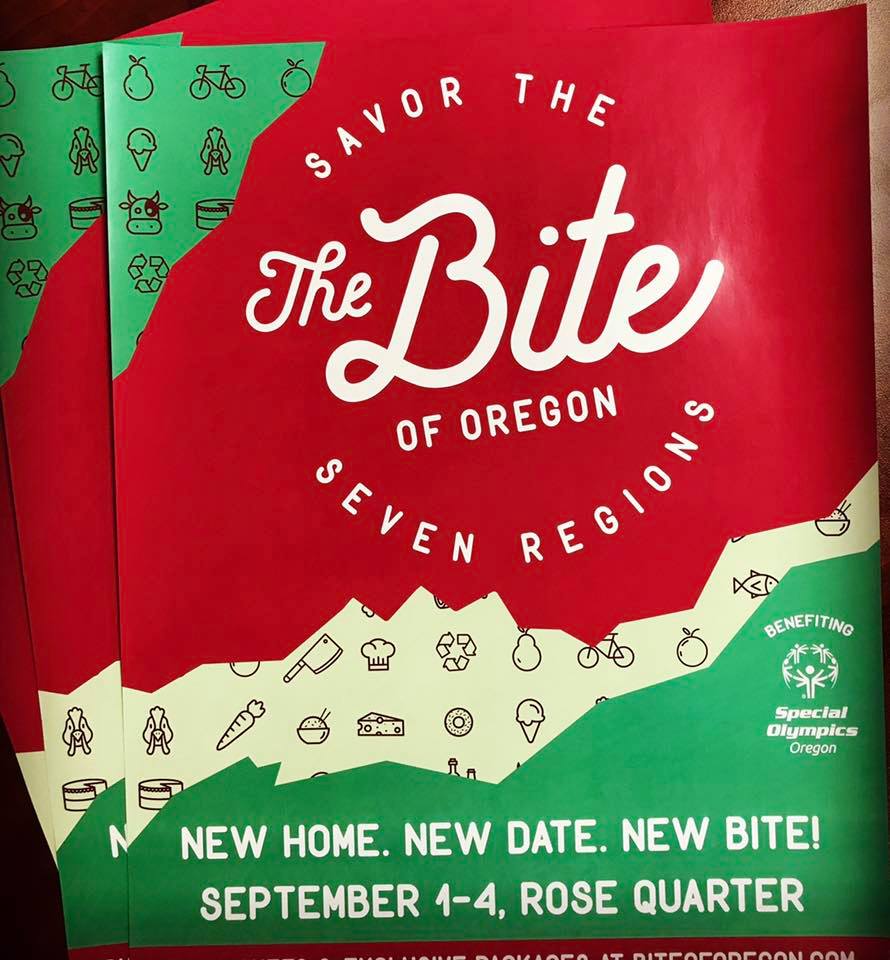 Back in 1984 The Bite of Oregon made is debut and for many years the food festival had been located in downtown Portland at Tom McCall Waterfront Park. For 2017 the Bite of Oregon will not only expand to four days but will also move to the Rose Quarter for the very first time as it takes place from September 1-4, 2017.

With the new dates taking place over Labor Day Weekend the Bite of Oregon will bring together top chefs, wines, craft beer in the Oregon Craft Beer Garden and spirits as well as fine foods featuring Oregon products from around the state all in one location at the Rose Quarter. There will also be Iron Chef Oregon presented by Pacific Power where prize-winning chefs will compete before a live audience to take home the title of Iron Chef. A few of the Iron Chef competitors include Josh Dorcak of MÄS, George Morris of Bos Taurus, Alejandro Cruz of Novo, and Billy Buscher of Seven Feathers Casino Resort.

The Bite will also bring together a few local food cart chefs to test their skills during the Food Cart Cook-Off that will be hosted by Steven Shomler, culinary personality and author of Portland Food Cart Stories and Portland Beer Stories. Then on Labor Day Nathan’s Famous Hot Dogs will present its famous Hot Dog Eating Contest. Unfortunately entry into the contest has reached capacity but the competition will be a great event to watch when the competition takes place at 1:00pm on Monday, September 4th.

During a recent media preview we were treated to some taste tempting s’mores from Nineteen27 S’mores. Using ingredients that will bring out the kid in any adult, Nineteen27 S’mores does an amazing job at torching the craft ingredients into a tasty desert. The accompanying wetnap will be appreciated in cleaning up after this sticky treat!

Throughout the four days of Bite of Oregon the festival will feature an array of food and drink. Below is a breakdown on what to expect. You can also check out the full list at biteoforegon.com.

The Bite of Oregon will take place from September 1-4 and will be open to all ages daily from 11:00am-10:00pm. Advance tickets are now on sale and begin at $5.00 for a One Day Pass. There are also Weekend Pass, Beer Enthusiast Package and Date Night Package and all can be purchased at biteoforegon.com.

Being located only steps away from great public transit options is an easy way to attend The Bite. The Rose Quarter is located on all of the MAX lines and many TriMet Bus Lines, CTRAN, and Portland Streetcar. There will also be ample bicycle parking and $5.00 garage parking.

The Bite is also a major fundraiser for Special Olympics Oregon. All the proceeds go to Special Olympics Oregon – which owns, operates and benefits from the Bite. This great organization serves more than 13,000 participants with intellectual disabilities year-round and statewide through the organization’s life changing sports programs. Athletes gain self-confidence, social competency, develop physical fitness, demonstrate courage, experience joy, and participate in a sharing of gifts, skills, and friendship with their families, other Special Olympics athletes, and the community. Therefore make sure to eat and drink to your heart’s desire!