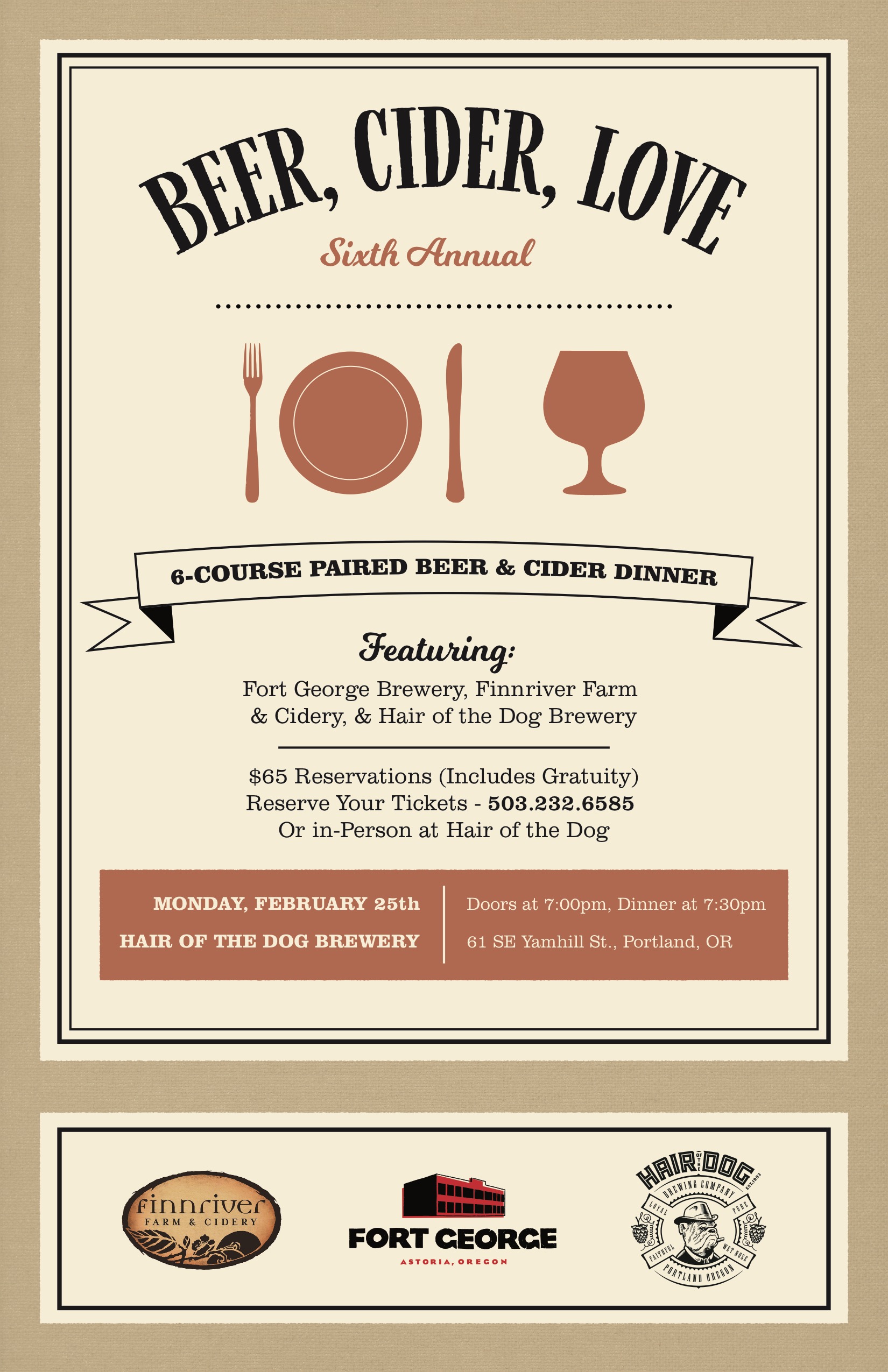 Beer Cider Love is now in its sixth year as it brings together beer and cider from the loving partnership of Fort George and Finnriver’s sales managers, Tim Ensign and Jana Daisy-Ensign. This year the couple is honored to collaborate with their long-time mentor and friend, Alan Sprints and the amazing culinary team at Hair of the Dog.

Tickets to this beer and cider dinner are $65 per person includes six courses, pairings and gratuity. Reservations can be made in person at Hair of the Dog or by calling (503) 232-6585.