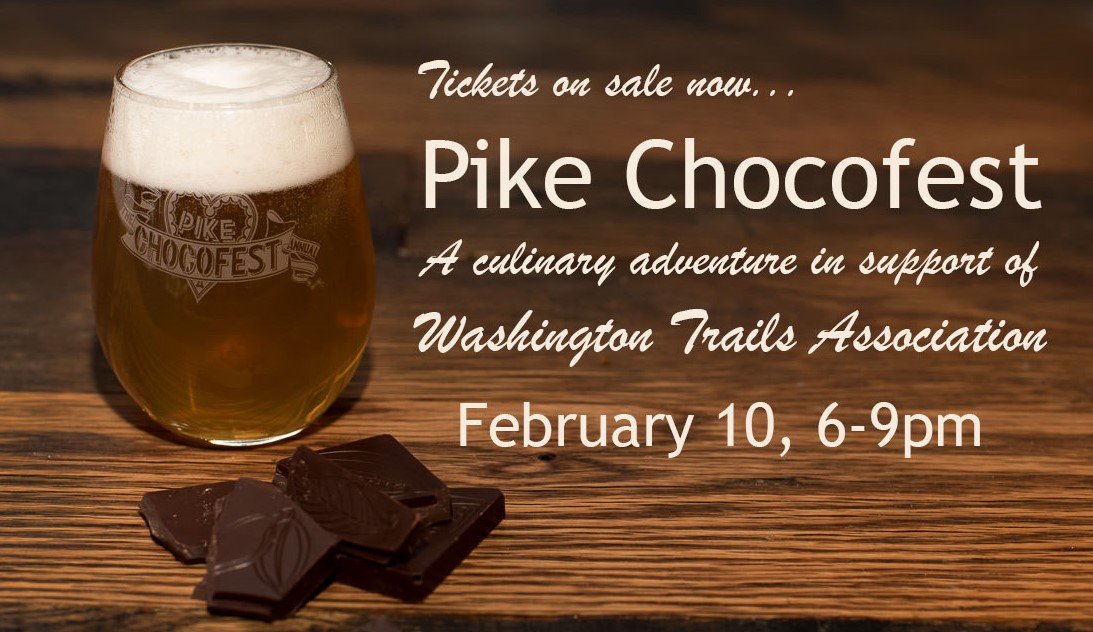 One of the most popular beer events in downtown Seattle is the annual Pike Chocofest, held each year at Pike Brewing inside the historic Pike Place Market. The 2019 Pike Chocofest will take place on Sunday, February 10th from 6:00-9:00pm.

Each year Pike Chocofest is an event that brings together beverages, chocolate, and savory bites. Always held near Valentine’s Day, the event features unlimited food bites from premiere local restaurants and talented chocolatiers, alongside delicious sips from local brewers, wineries, and distillers.

Pike Chocofest is Pike’s biggest event of the year as it welcomes 900 attendees into Pike Market Place. Pike utilizes all three levels of its downtown space that includes the brewery, Tankard & Tun and The Pike Pub along with the Pike Place Market atrium.

With tickets to Pike Chocofest now on-sale, they can make a great last-minute Christmas gift. Tickets are $60.00 ($64.71) after fees and includes all food, commemorative Chocofest glass, 10 drink tickets and live music. Tickets can be purchased here. Don’t delay as this event sells out yearly.

Pike Chocofest benefits Washington Trails Association (WTA), who work to mobilize hikers and everyone who loves the outdoors to explore, steward, and champion trails and public lands. Pike is honored to be partnering with WTA for the first time this year, and its goal is to raise $10,000 for the organization during this event.