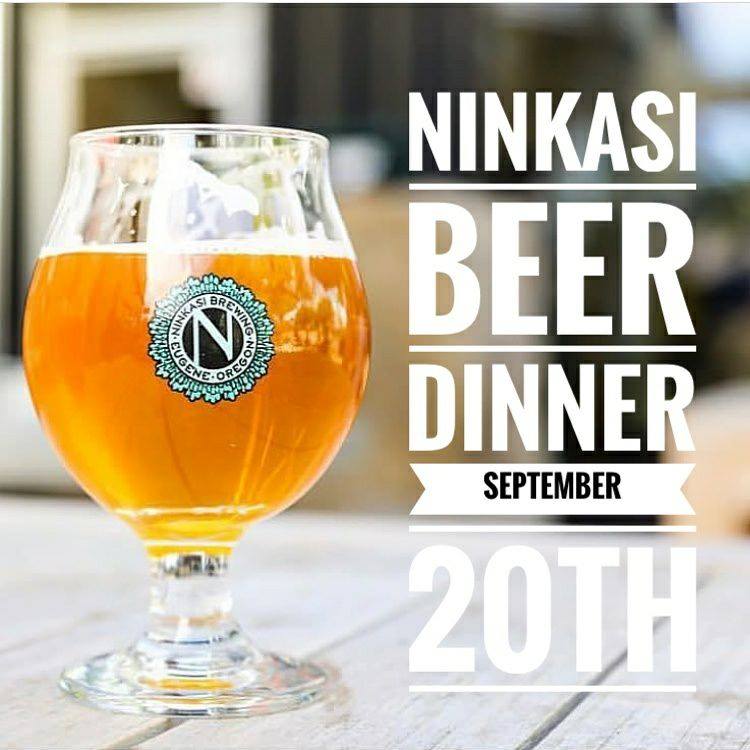 The dinner’s reception will begin at 6:30pm and will then be followed by the four-course dinner from 7:00-9:00pm. There are only 25 seats available and the cost is $50 per person includes beer and food. Gratuity not included. Reservations are available by calling Altabira at (503) 963-3600.

Starter Course
Corn and summer squash, Aleppo chili, cheddar and beer biscuit
Paired with Dawn of the Red, bursting with tropical notes with the bright complexity of El Dorado and Mosaic hops. An assertive hop presence is carried by a subtle caramel backbone, creating a flavorful, juicy beer.

Dessert
Peach tarte tatin with vanilla oatmeal stout ice cream and huckleberry syrup
Paired with Vanilla Oatis, a divine blend of vanilla, coffee, chocolate and roasted malt notes swirled together to create a crisp finish. The true signature of this beer comes from adding whole vanilla beans to the final stage of conditioning – the process used to dry hop a beer. This oatmeal stout is slightly sweet with a rich complexity and is decadent and delicious.