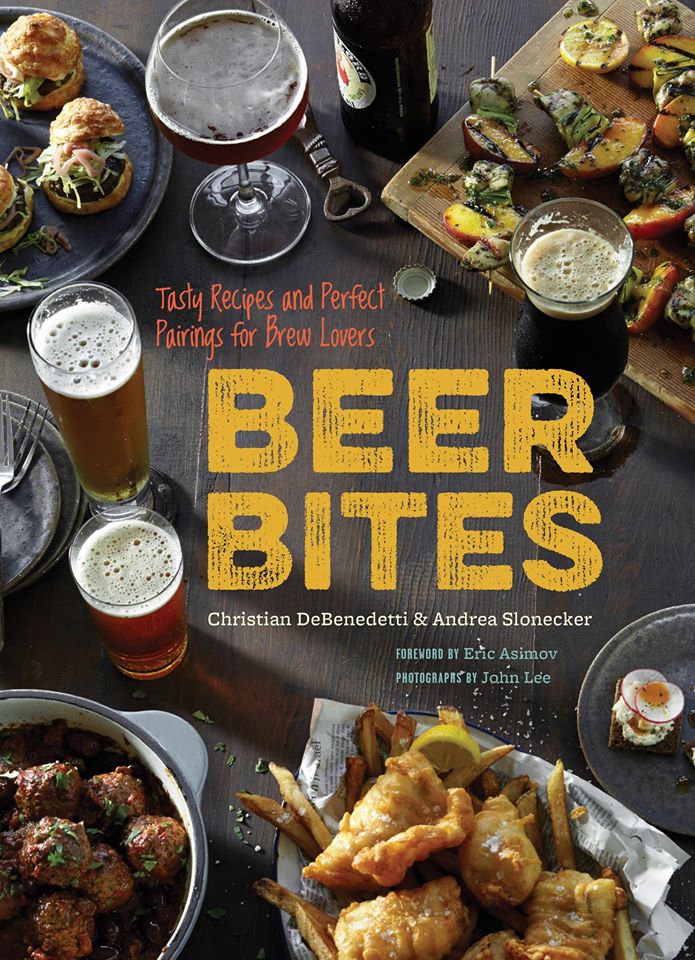 DeBenedetti is a beer and travel writer and author of The Great American Ale Trail and its follow up The Great American Ale Trail Vol. 2 that will be coming May 2016 and is also the founder of the yet to open Wolves & People Farmhouse Brewery in Newberg. He teamed up with Slonecker whom is a Portland-based cookbook author, food stylist, and the recipe editor for Kinfolk. She is the author of Pretzel Making at Home and Eggs on Top, and co-author of The Picnic.

To help celebrate the release of Beer Bites join both authors, along with their friends from The Commons Brewery and Steve Jones of Cheese Annex, for a beer and food pairing party on Thursday, December 10th from 5:00 to 7:00pm. Admission for the evening’s event is $12 and includes a tasting flight of four beers articulately paired with four tastes of recipes from Beer Bites.

DeBenedetti and Slonecker will be on hand at The Commons’ Tasting Room in Southeast Portland to chat with guests about their adventures in beer and food pairing, and to sign and sell copies of the book just in time for the holidays.

Stay up to date on Beer Bites by following its Facebook Page and The Commons Beer & Food Pairing Facebook Event Page.