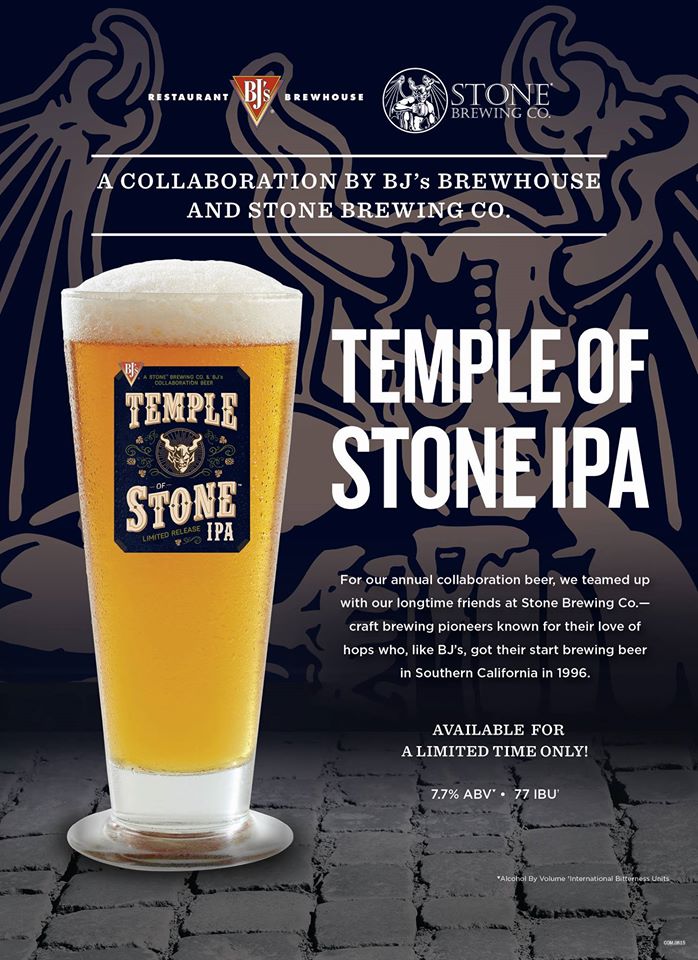 BJ’s Brewhouse recently collaborated with Stone Brewing Co. on Temple of Stone IPA, a truly unique and distinctive IPA that is brewed with malted wheat, experimental hops and elderflower. The use of wheat enhances the complex hop profile. Two experimental hop varieties, Jarrylo and Belma, contribute fruity hop flavors that resemble blackberry and strawberry, while mellow floral notes of elderflower cover the palate. The finish is hop bitter as you would expect from an IPA.

Teaming up with its longtime friends at Stone Brewing, both breweries got their start brewing beer in Southern California in 1996. To celebrate this fact both breweries decided to brew a wheat IPA with a unique hop profile for this collaboration.

The complete list of locations offering this Four Course Beer Dinner can be found here. Regionally the Portland, OR and Eugene, OR dinners will be held on Monday, August 17 at 7:00pm and the Hillsboro, OR dinner will be on Wednesday, August 26 at 7:00pm.