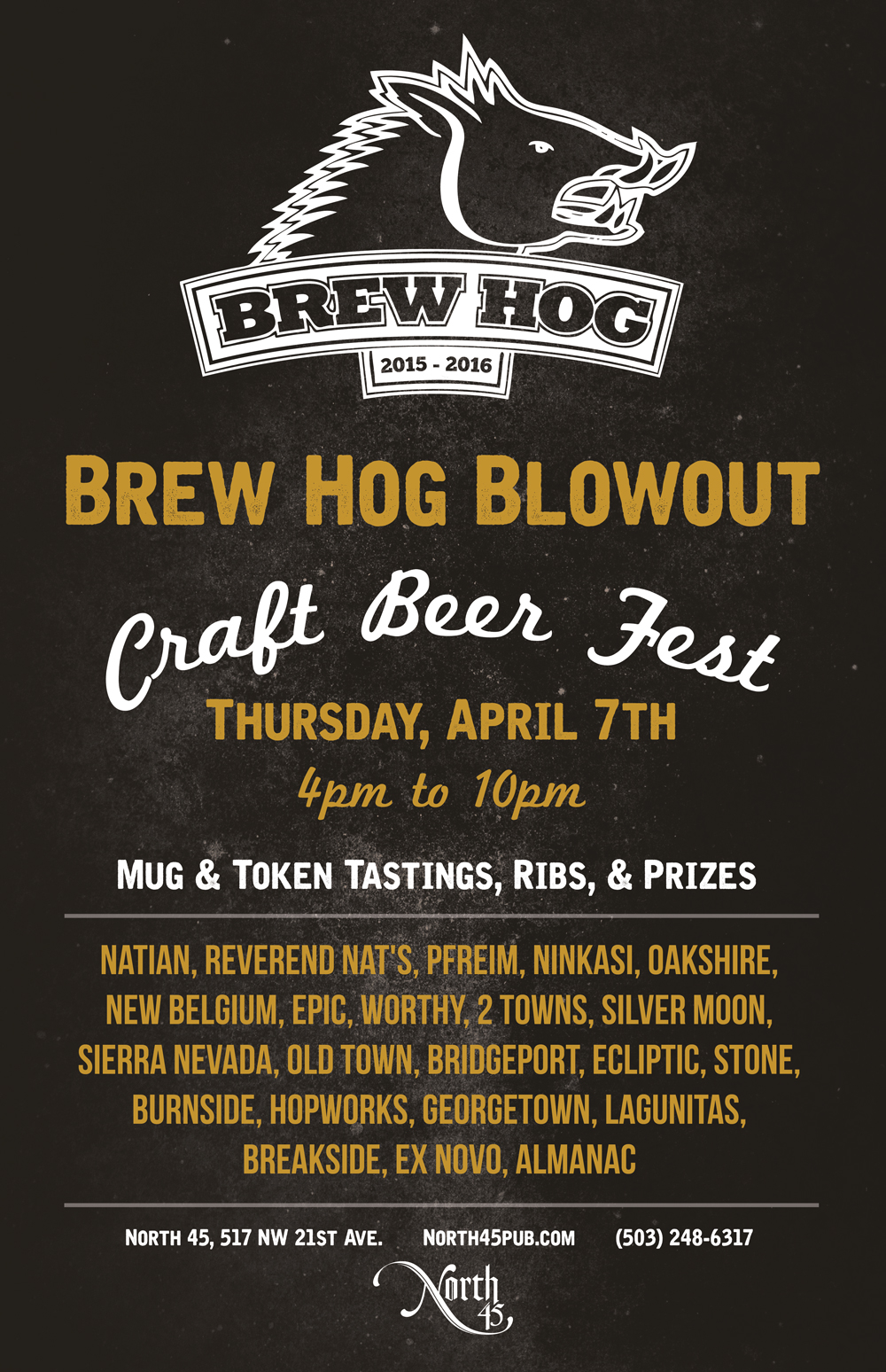 As another Brew Hog season comes to an end at North 45, the Northwest Portland bar ends it with a bang with its Brew Hog Blowout. Coinciding with National Beer Day on Thursday, April 7, Brew Hog Blowout will feature 20 breweries and 2 cideries all pouring its beers and ciders on the back patio at North 45.

For the Brew Hog Blowout enjoy samples of your favorite beers and ciders from a pre-purchased mug and tokens from 4:00 to 10:00pm. There will also be various giveaways from many of the breweries in attendance.