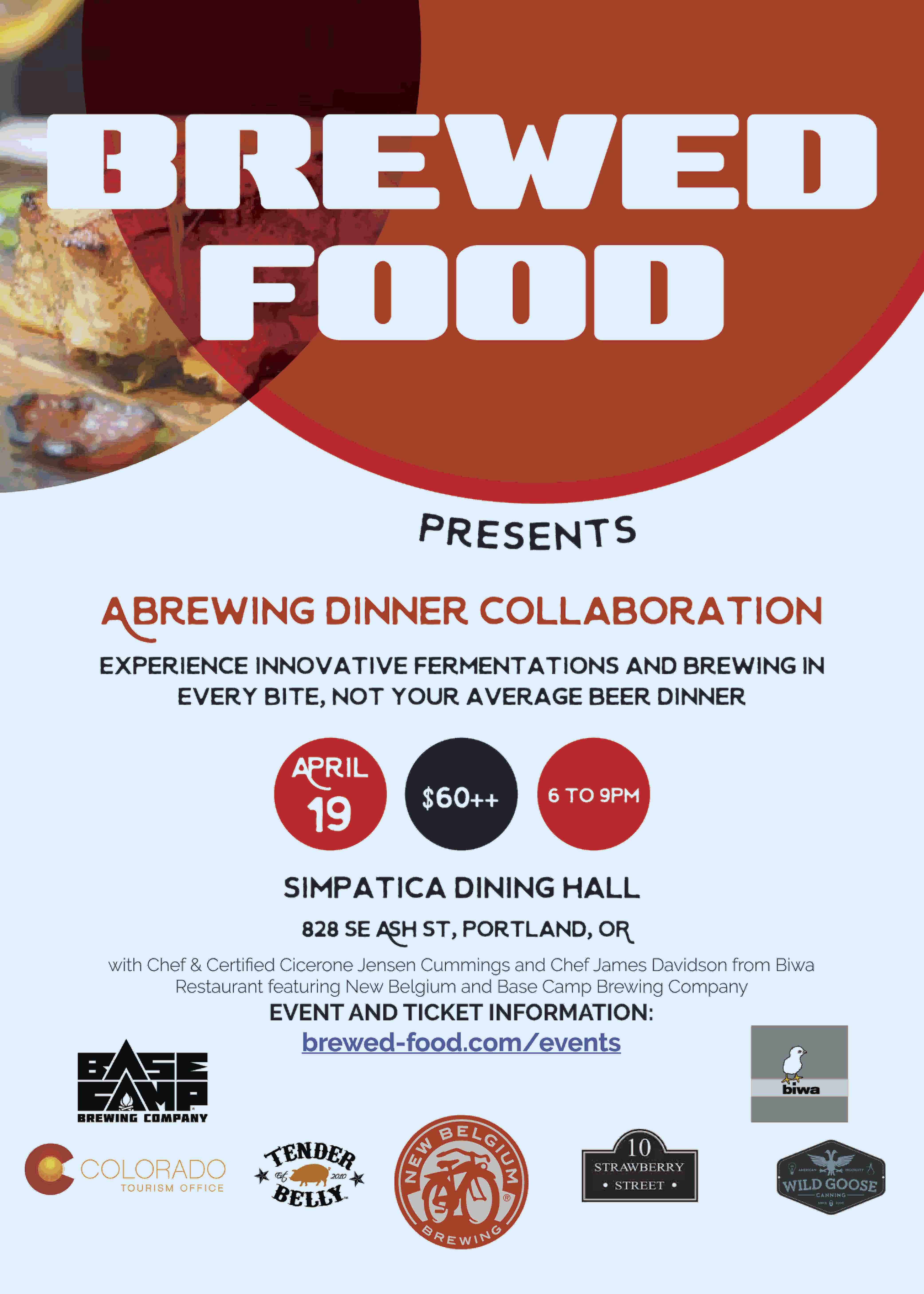 A new and exciting beer dinner is coming to Portland from award wining and Certified Cicerone, Chef Jensen Cummings. Chef Cummings partners with Base Camp Brewing and New Belgium Brewing for a six course paired Brewing Dinner in Southeast Portland.

Held in partnership with Brewed Food, an organization that’s a collective food movement that’s involved in special events, catering, educational platforms and producing digital media. Founded in 2014, Brewed Food has a core philosophy to celebrate brewing as a culinary art by cooking with ingredients and techniques used to create the best craft beers, rather than the norm of cooking with finished beers. This original approach of looking at brewers as chefs and the brewhouse as a kitchen is creating a new collaborative spirit of inspiration between chefs and brewers.

For us here in Portland, Brewed Food is coming to the Rose City to collaborate with Biwa Restaurant and Base Camp Brewery. Chef Cummings and Chef James Davidson of Biwa Restaurant will present a six course Brewing Dinner, with every dish featuring a brewing ingredient from the two featured breweries New Belgium and Base Camp along with beers from these breweries paired with each course.

Held next door to Biwa Restaurant, Brewing Dinner will take place at Simpatica Dining Hall on Tuesday, April 19 from 6:00 to 9:00pm. Tickets are currently on sale at $60 plus fees, gratuity and tax. Advance tickets can be purchased here. 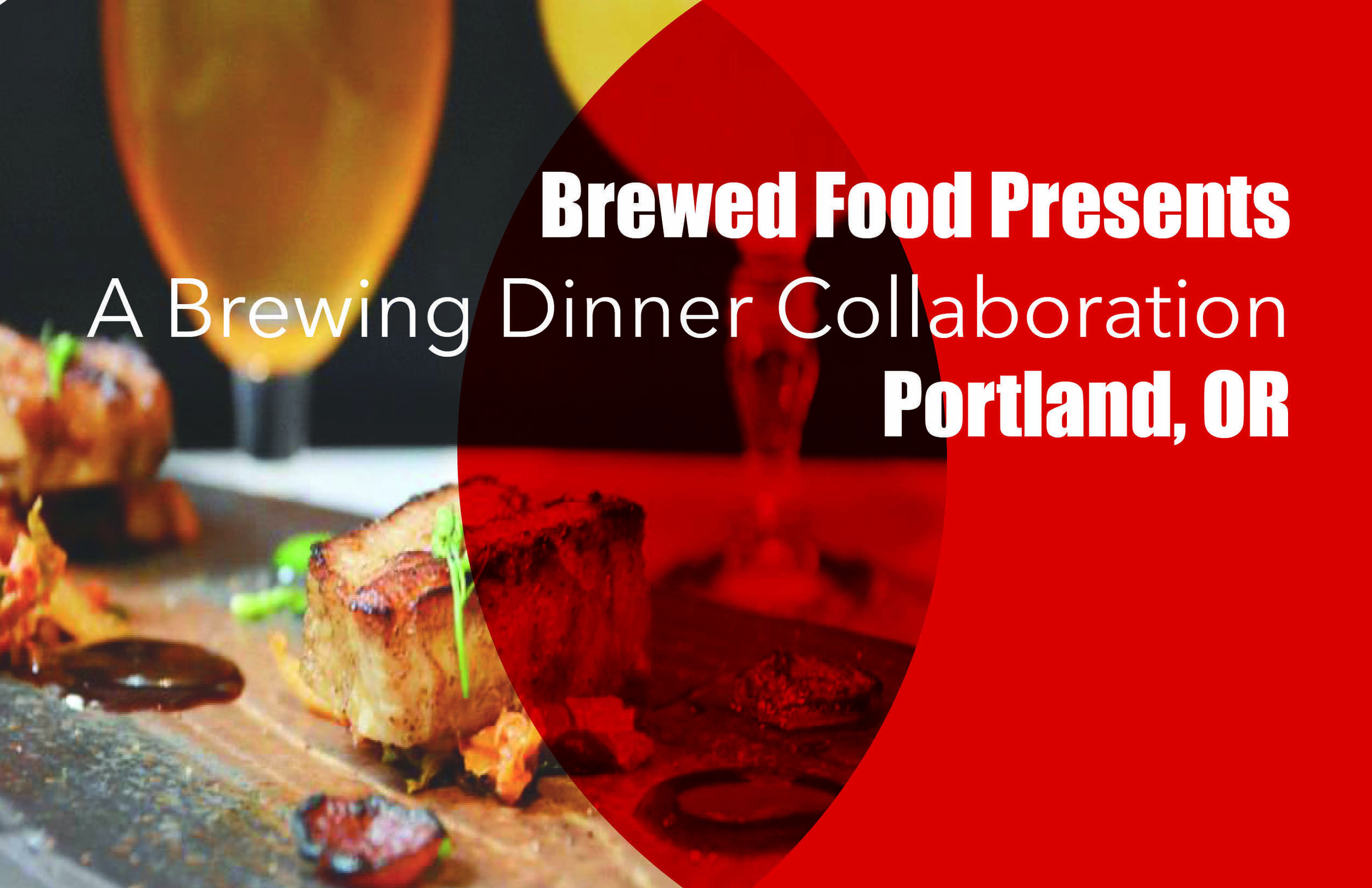 Here is the Brewing Dinner’s food and beer menu for all to enjoy.