Buoy Beer has a new beer joining its River Barrel Small Batch Series with the release of Decapitator Barrel-Aged Doppelbock in 500mL refillable bottles. Previously, Decapitator Doppelbock was only available on draft during the winter months. Now it’ll be officially released this year in bottles at its November Brewers’ Dinner on November 14th that will include a dialogue with the brewers, 4 paired courses, and a brewery tour.

“The Decapitator has long been a favorite among the Buoy brewers and we’ve always felt it’s one of our strongest and most unique brands,” said Michael Duron, Lead Brewer, in a statement. “The integrity of the recipe and cellar character really comes through cleanly and is enhanced but not obscured by the whiskey barrels.”

Brewed with intention and diligence, Decapitator Doppelbock harkens back to the traditions of Monastic Germany. Big malt aromatics lead with toasty graham cracker, toffee and marshmallow. It’s smooth and sneaky, supported by warming alcohol notes and subtle caramel esters. Decapitator Doppelbock has a 10.3% ABV and was aged for 12 months in Fireside Bourbon barrels. 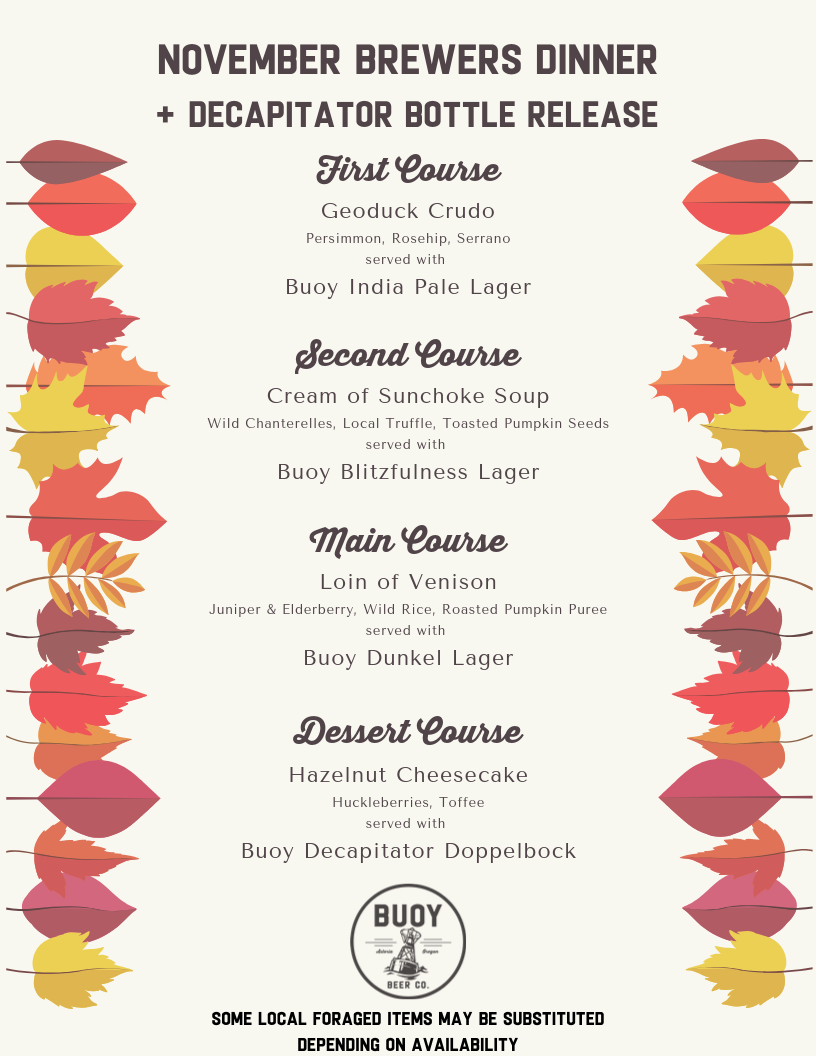 “We’re thrilled to have this opportunity to share it with a wider audience as it’s not often that you see a barrel-aged lager of any sort on the market,” said Jessyka Dart-Mclean, Marketing Manager, in a statement. “The brewers’ dedication to traditional, authentically-made beers shines bright in this big, bold, smooth lager.”

The artwork for Decapitator Barrel-Aged Doppelbock was produced by David Coyne, @coyne.collection, keeping in the tradition for Buoy Beer’s River Barrel series to commission a local artist for the label. The 500ml refillable bottles will be available throughout Oregon and SW Washington mid-November.

Join the Buoy crew at Bridge & Tunnel in Astoria on November 15th and Civic Taproom in Portland on December 19th for a release event accompanied by other Buoy beers.