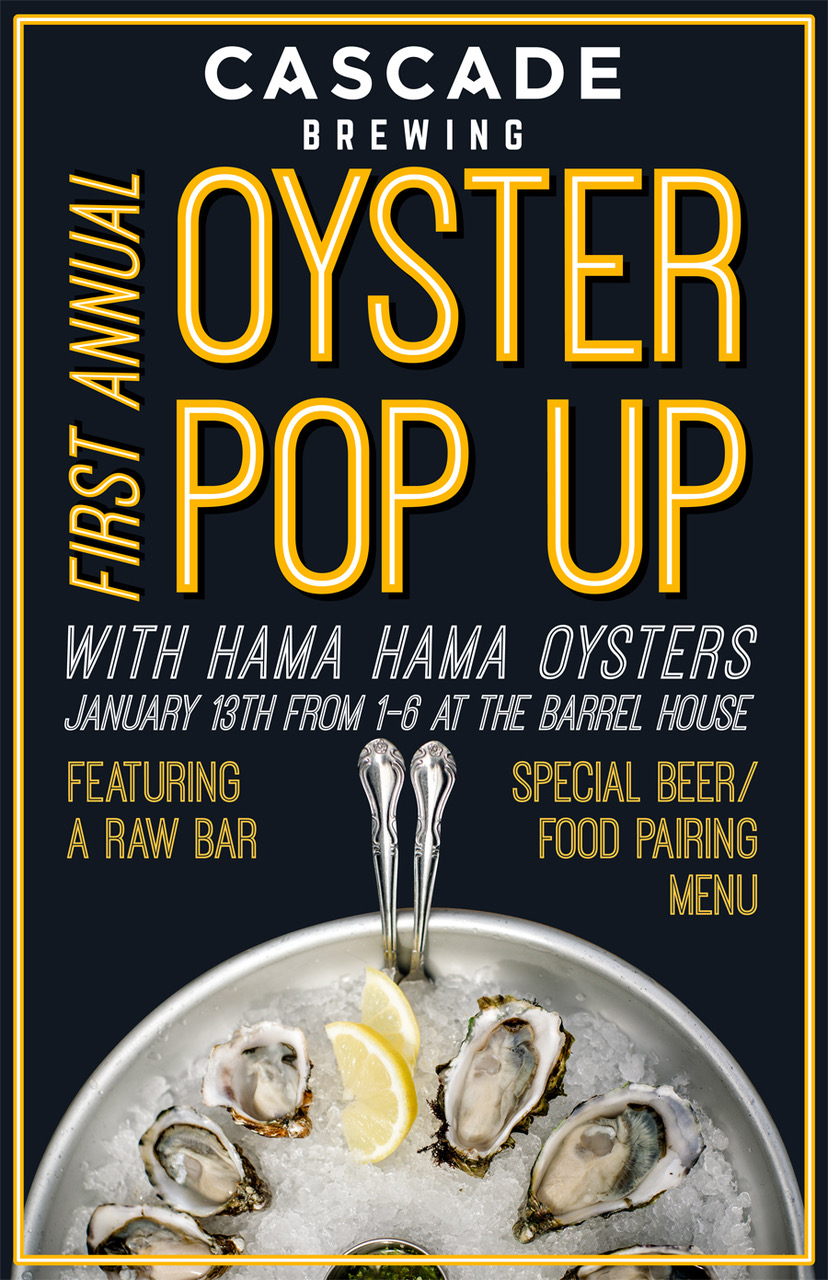 One of the benefits of living in the Pacific Northwest is the bounty that the region supplies. When it comes to oysters we are very fortunate to have such great varieties near by. One of our favorite oysters come from Hama Hama Oysters located in Washington’s Hood Canal.

On Saturday, January 13th Cascade Brewing Barrel House will host its first Oyster Pop Up and the featured oyster will be Hama Hama Oysters. The Oyster Pop Up will take place from 1:00-6:00pm, or until the oysters run out. If this event turns out like others we suggest arriving early enough to make sure you get your shot at these tasty saltwater treats.

The Oyster Pop Up will feature a raw bar set up inside the pub with shucked to order oysters on the half shell, and a special menu featuring Hama Hama oysters – including seafood chowder, oyster pâté, and oysters Rockefeller – plus traditional accompaniments and sour beer mignonettes.

The event will also offer limited Cascade Brewing rarities from the cellar and special beer pairings. Admission is free and all ages are welcome.