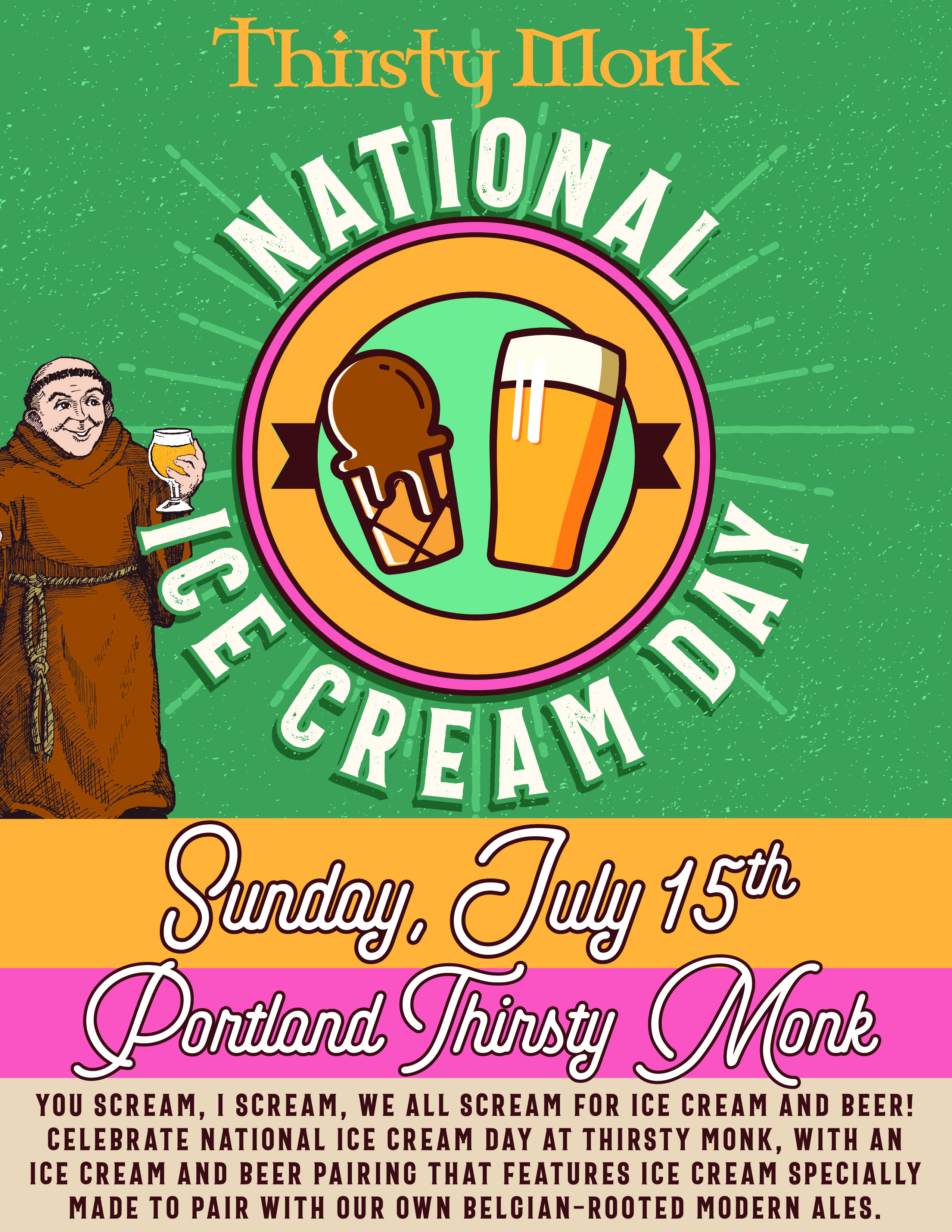 We are in for a HOT weekend in Portland and thankfully the holiday gods have declared Sunday, July 15th as National Ice Cream Day. Thirsty Monk – Portland will get in on the action for a day of cool treats and Belgian beers!

From Noon until 9:00pm on Sunday, Thirsty Monk will lead the cheer of “You scream, I scream, we all scream for ice cream and beer!” Celebrate National Ice Cream Day at Thirsty Monk, with an ice cream and beer pairing featuring ice cream thoughtfully selected to pair with its own Belgian Rooted Modern Ales. One teaser of a pairing will be Thirst Monk’s Portland brewed Abby paired with Salt and Straw Gooey Chocolate Brownie ice cream.

Mark your calendars for Belgian National Day on July 21st as Thirsty Monk will dedicate this Saturday to the excellent beers from Belgium. Thirsty Monk will serve flights of its Belgian Rooted Modern Ales, paired with some of its favorite classic Belgian brands, including draft Delirium, Oude Beersel, Duvel, and more!