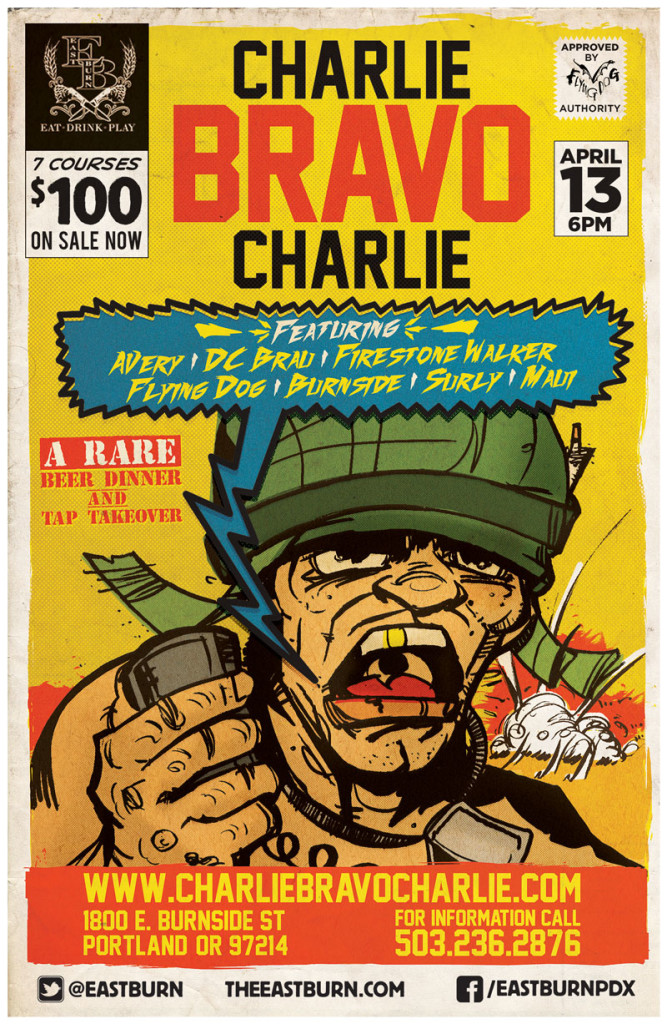 EastBurn will kick off the Craft Brewers Conference with its Charlie Bravo Charlie Beer Dinner on Monday, April 13th begging at 6:00pm. This dinner will consist of seven courses of fantastic beers, some that rarely appear here in Portland, paired with amazing food from Chef Joseph Dougherty and his creative staff. 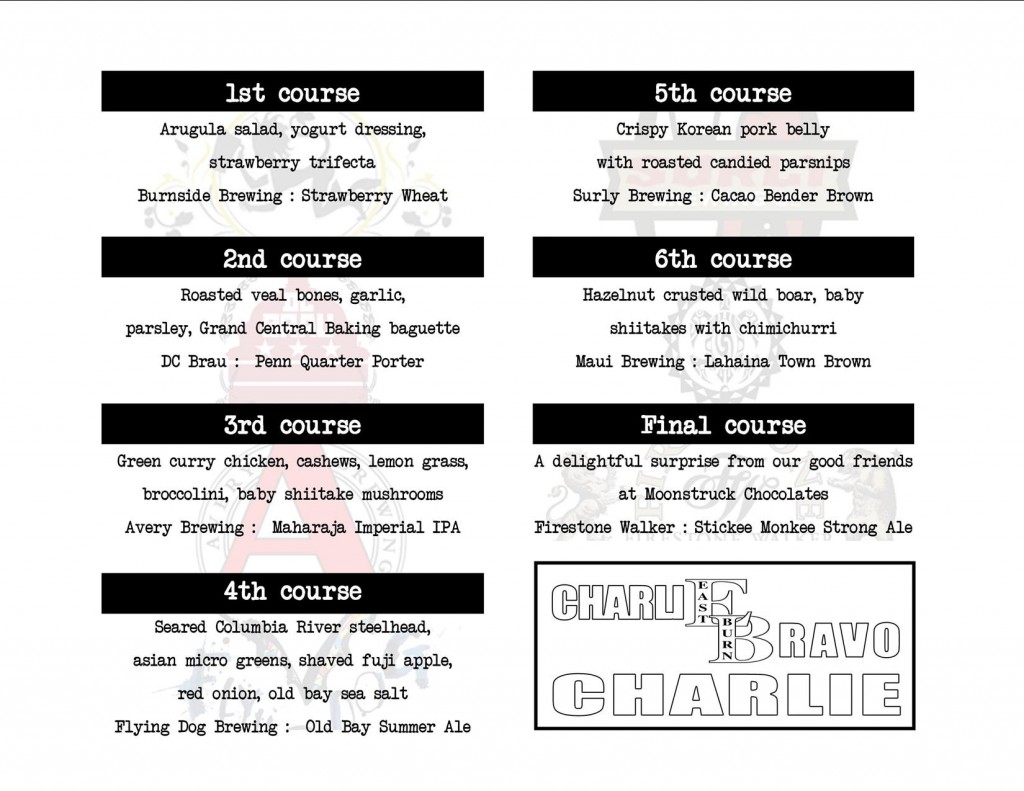 Tickets are now on sale at $100 per person and can be purchased here. EastBurn is still in the beer tasting and  menu planning process, so please check back at www.TheEastBurn.com for updates.

Miss your chance at tickets for the dinner? All seven breweries will be on draft offering beer styles that rarely make their way West of the Mississippi.