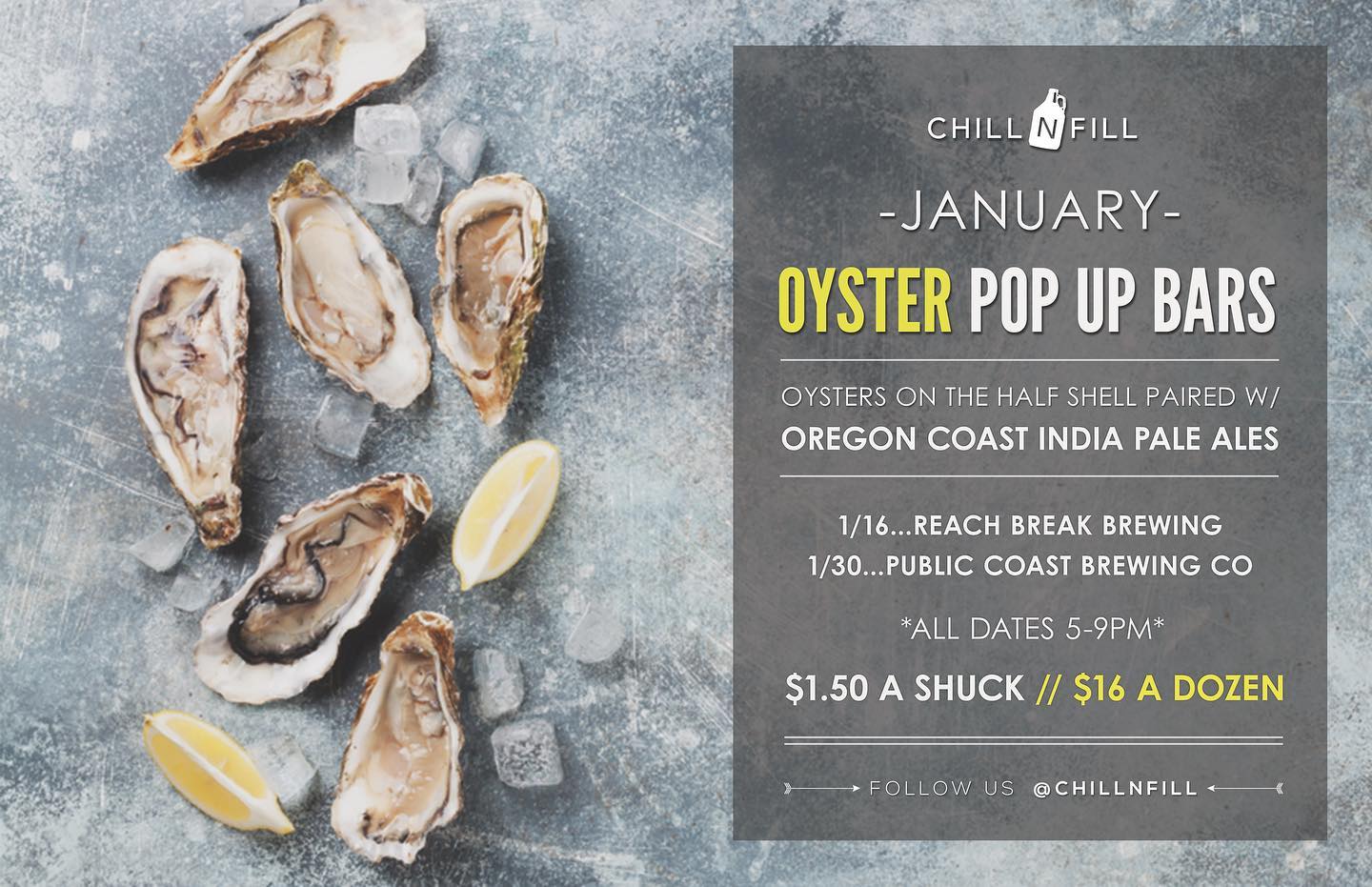 After a successful run of hosting oyster pop ups this past fall, Chill N Fill returns with its January 2020 Oyster Pop Up Bar with Reach Break Brewing and Public Coast Brewing. During each pop up, the oysters will be paired with IPAs from each featured Oregon Coastal brewery.

Chill N Fill will welcome Astoria’s Reach Break Brewing on January 16th and Cannon Beach’s Public Coast Brewing on January 30th. Oysters will be shucked courtesy of POP Oysters. Each pop up will begin at 5:00pm and oysters are served until they run out.

Plus, every Monday evening Chill N Fill hosts its weekly Trivia from 7:00-9:00pm. Get a team together or come solo to test your knowledge and win prizes each Monday at the trivia that’s hosted by Rain Brain Trivia.