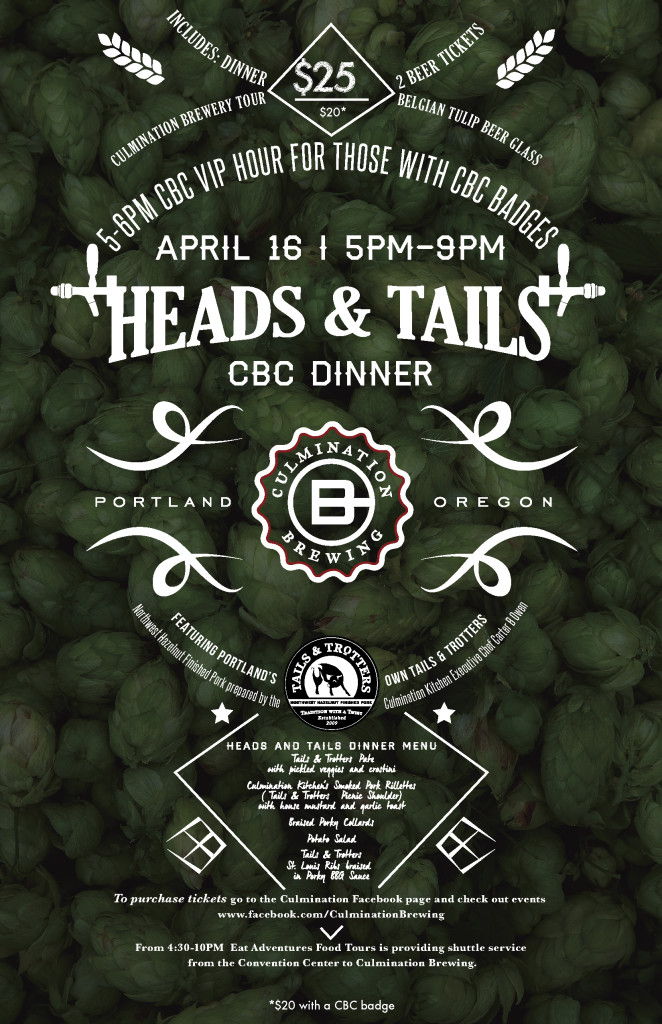 Culmination Brewing is teaming up with Tails & Trotter to showcase a special beer and food pairing during the upcoming Craft Brewers Conference. Taking place on Thursday April 16th from 6:00 to 9:00pm, Culmination will be hosting this dinner.

Tickets are $25 ($20 with a CBC badge) that will include a commemorative Culmination / Tails & Trotter Belgian tulip beer glass, 2 beer tickets, dinner and a tour of Culmination Brewery. Tickets can be purchased here and are limited so don’t delay.

For those that are attending CBC, Eat Adventures Food Tours is providing complementary shuttle service from the Oregon Convention Center to Culmination Brewing for CBC attendees from 4:30 to 10:00pm. There will also be a CBC VIP Hour prior to the dinner from 5:00 to 6:00pm for those with CBC Badges.

Stay up to date on this exclusive dinner by following Culmination’s Facebook event page. Many thanks to Daffodil Jill Marketing Group for the awesome artwork and poster!