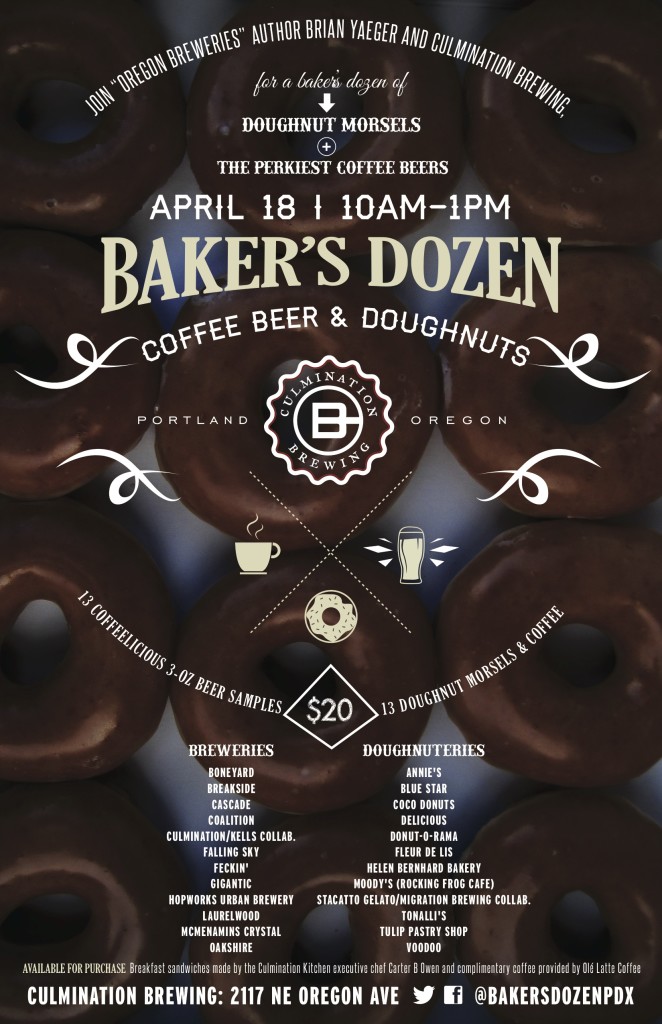 Beervana, OR, April. 2, 2015 – Baker’s Dozen is a new Portland beer festival—because there’s always room for one more—featuring three things Portland does best: coffee, beer, and doughnuts. In a city with as many coffee roasters as there are craft brewers, the marriage of the two is a natural pairing, that itself pairs majestically with doughnuts. (Doughnuts not donuts; show some respect.) The brunch time festival takes place at the brand new Culmination Brewing Co. (2117 NE Oregon St.) on Saturday, April 18, from 10 a.m. to 1 p.m. Tickets are limited to 300 (to ensure attendees can sample everything) and are available through Eventbrite for $20 (or $10 for those with a CBC badge, checked at the door.)

Following this year’s Craft Brewers Conference (finally taking place in Portland), conference attendees and locals alike can sample their way through a baker’s dozen unique coffee-infused beers and an equal number of delectable morsels. Each beer incorporates a different local roaster’s beans in unique ways such as mash-steeping or adding cold pressed coffee during secondary fermentation. Pairings are not proprietary. Rather, people are encouraged to find their own favorite bites with the coffee beers of their choosing. To assist in sampling each brew and each breakfast treat, beers will be served in 3-ounce samples and most doughnuts will be quartered. For folks needing savory protein, Culmination Kitchen executive chef Carter B. Owen will have breakfast sandwiches available for sale and Ole Latte Coffee will provide complimentary joe. 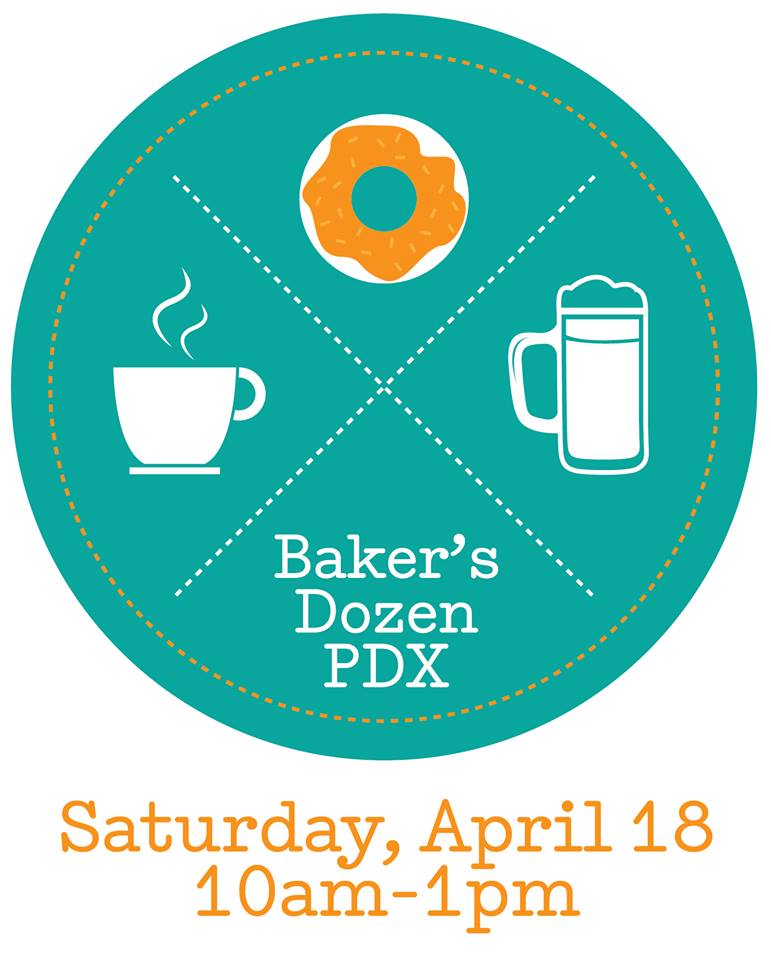 “Maybe it’s that Strange Brew is one of my favorite movies, but I’ve always loved enjoying beer and doughnuts side by side,” said event organizer and “Oregon Breweries” author Brian Yaeger. “Working with the team at Culmination—Tomas Sluiter and Steven Shomler—on this has been a blast and we’re excited to put on the 1st annual Baker’s Dozen fest.”