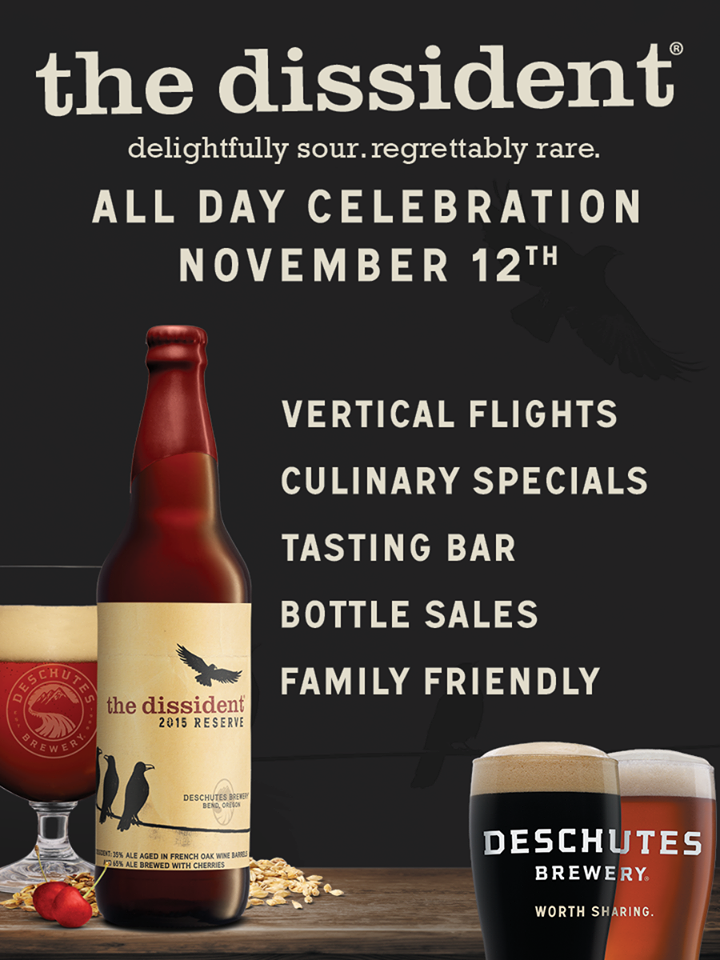 The Dissident 2015 comes in at 11.1% ABV and has been aging for 18 months in French Oak Barrels with Oregon Montmorency Cherries from Chapin Orchards out of Salem, OR. This Flanders-style sour Brown Ale (also known as an Oud Bruin), ferments with wild yeast giving this beer a tart flavor, but is well rounded in aroma and taste with a variety of malts and hints of oak from the barrel-aging process.

There will also be 22oz bottles of The Dissident 2015 for sale at $17 per bottle, with a limit of six bottles per person, per day. For those not in the Portland or Bend area use the Deschutes beer finder tool to find The Dissident 2015.