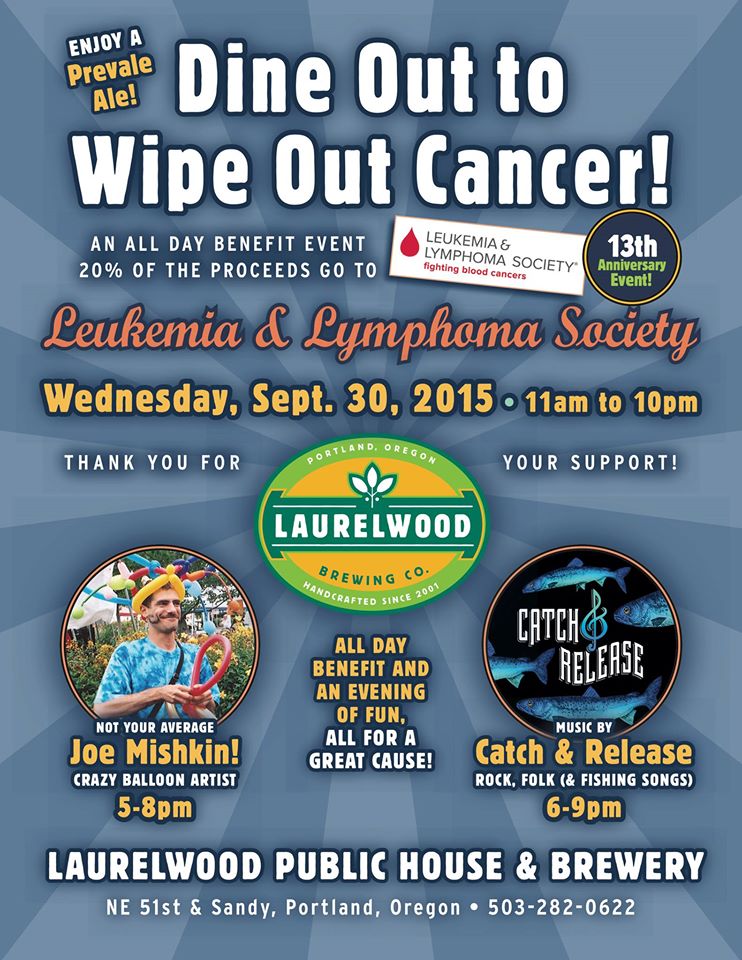 The craft beer industry is known for giving back to the local community and Laurelwood Brewing is no exception. Laurelwood Public House & Brewery on NE Sandy will host Dine Out to Wipe Out Cancer. During this daylong fundraiser, Laurelwood will be donating 20% of the day’s proceeds from lunch, dinner, or drinks directly to the Oregon Leukemia & Lymphoma Society, benefitting those with blood cancers.

Now in its 13th year, Dine Out to Wipe Out Cancer will take place on Wednesday, September 30th, from 11:00am until 10:00pm at Laurelwood’s NE Portland location. For the daylong fundraiser Laurelwood will be serving its Prevale Ale, an American-style IPA brewed in collaboration with the Oregon chapter of the Leukemia and Lymphoma Society.

There will also be some local entertainment during Dine Out to Wipe Out Cancer. From 5:00 to 8:00pm local crazy balloon artist Joe Mishkin will keep the kids entertained and then Catch & Release will be providing its folk rock from 6:00 to 9:00pm.

Chapter members from the Leukemia and Lymphoma Society will also be on hand to accept additional donations.