Portland, Oregon. Earth. (May 22, 2020)- Three small Portland businesses have put their heads together to create a collaboration hot sauce. Launching this Memorial Day weekend, “Pretty Hot Sauce: Pour Some Spice In Your Face” is a project from Ecliptic Brewing, AleFire and The Show Hot Sauce.

The sauce features Ecliptic’s Capella Porter, which has racked up a long list of awards, including Gold at the 2016 World Beer Cup and Bronze at the 2020 Oregon Beer Awards. Scotch bonnet peppers fermented in Ecliptic’s house Lacto strain help bring the heat to this rich red sauce. The name plays with Ecliptic’s “Pour Some Space In Your Face” slogan.

“We were really excited when our friends at AleFire and The Show reached out to us about this project,” says Ecliptic Brewing’s Executive Chef, Michael Molitor. “Sam [from The Show] and I discussed various chili combinations and, of course, tasted some of our beers. Capella Porter proved to be a great foundation. I was looking for a deep red and complex sauce with a solid heat level and a little bit of funk from fermentation…and Sam absolutely nailed it!”

The hot sauce is available to purchase online – and for takeout at Ecliptic – at each of the collaboration partners’ websites (info below) beginning Friday, March 22, 2020. 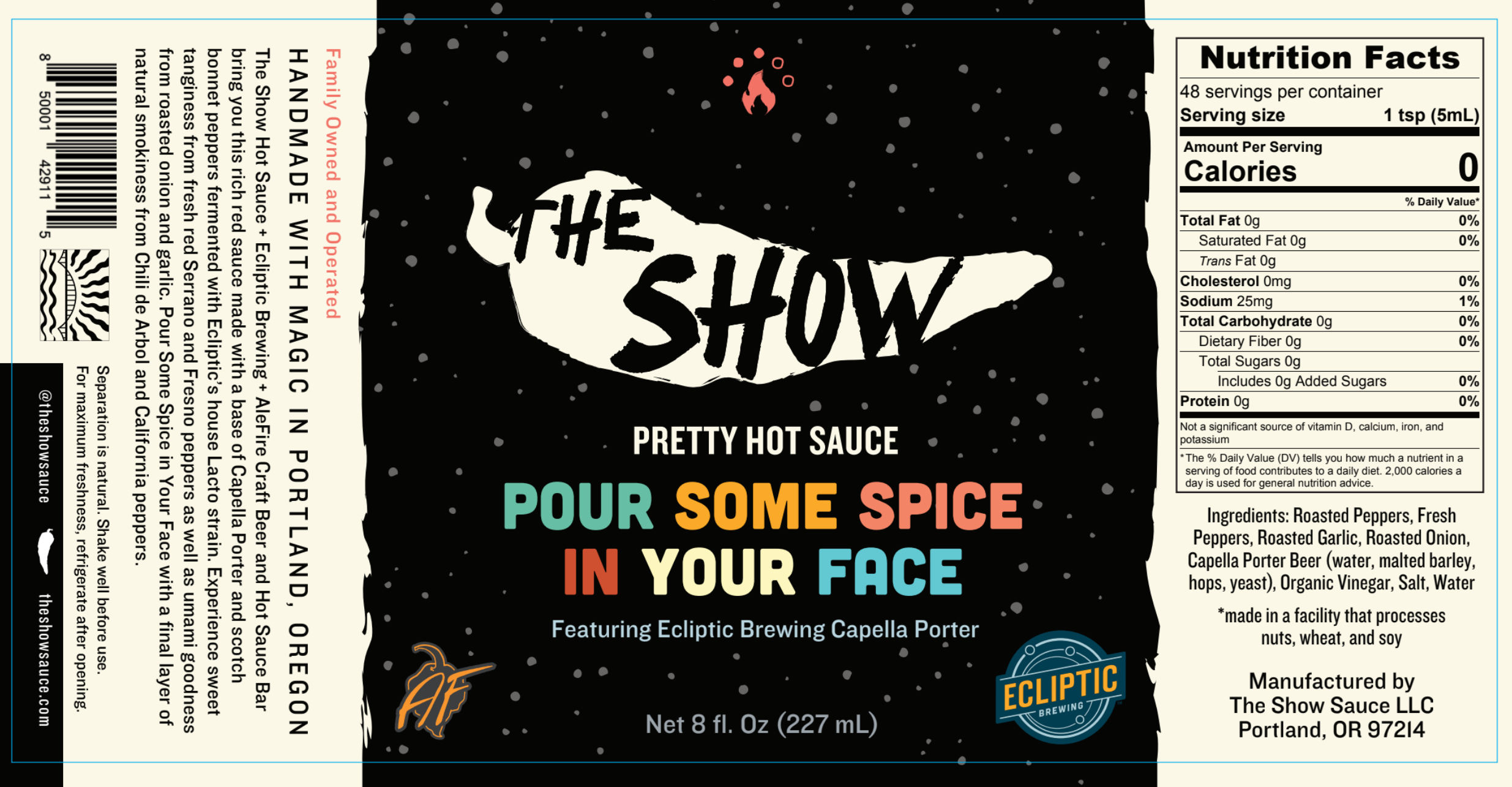 About Pretty Hot Sauce: Pour Some Space In Your Face
The Show Hot Sauce + Ecliptic Brewing + AleFire Craft Beer and Hot Sauce Bar bring you this rich red sauce made with a base of Capella Porter and scotch bonnet peppers fermented with Ecliptic’s house Lactostrain. Experience sweet tanginess from fresh red Serrano and Fresno peppers as well as umami goodness from roasted onion and garlic. Pour Some Spice in Your Face with a final layer of natural smokiness from Chili de Arbol and California peppers.
Price: $8

About Ecliptic Brewing
Ecliptic Brewing is a venture from John Harris, an Oregon beer icon whose background is steeped in the state’s rich craft brewing history. The name Ecliptic unites Harris’ two passions: brewing and astronomy. As such, the brewery celebrates the Earth’s yearly journey around the sun through both its beer and restaurant menus. Harris’ signature beers include Starburst IPA, Phaser Hazy IPA, Carina Peach Sour Ale and Capella Porter. For more information, visit: eclipticbrewing.com.