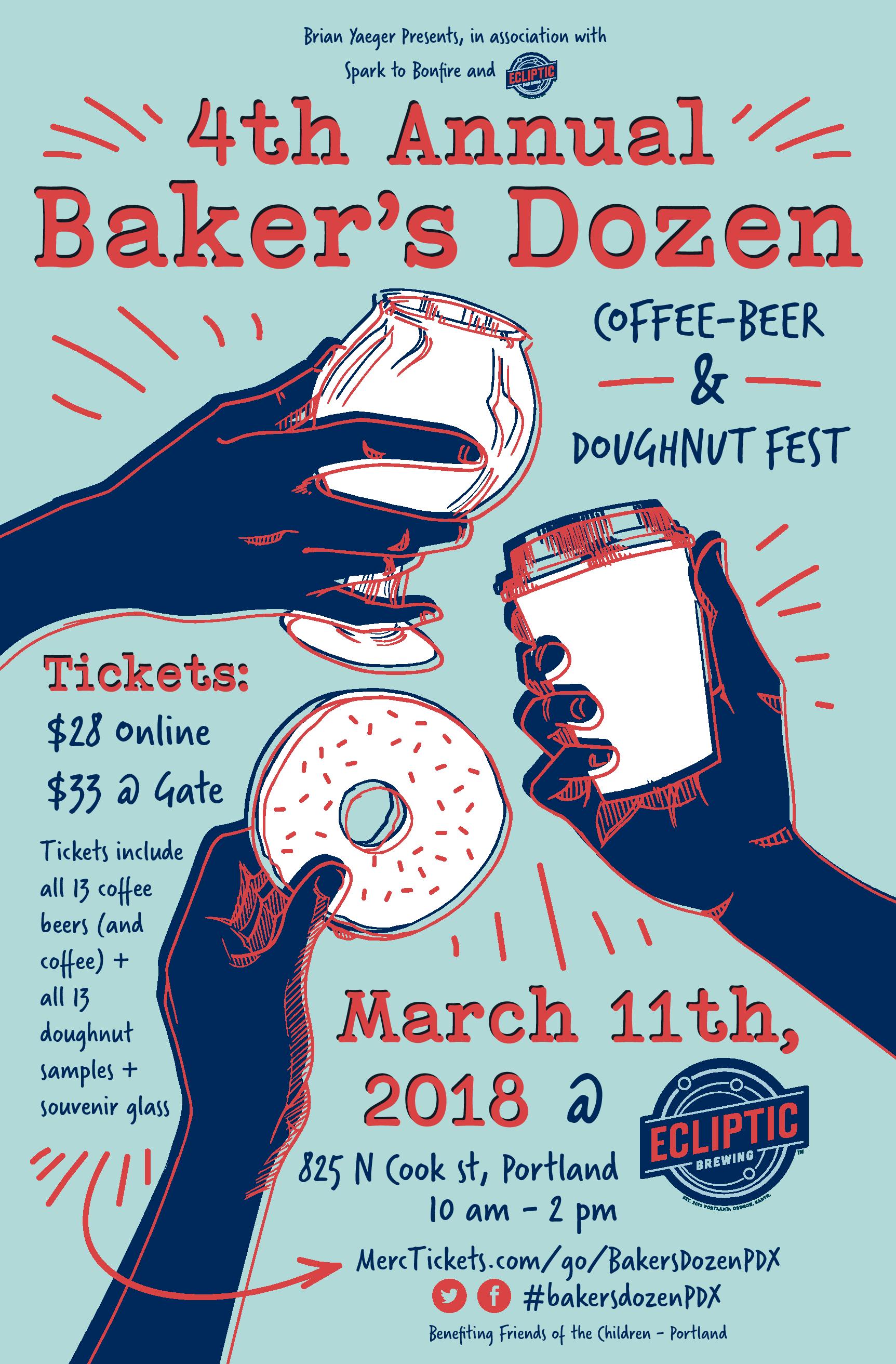 Beervana, OR, Jan. 11, 2018 – The Fourth Annual Baker’s Dozen is Portland’s, and the world’s, only coffee beer and doughnut festival. It features three things Portland does best: beer, coffee, and doughnuts. Portland is home to several dozen craft breweries and independent roasters so the marriage of the two made in hoppy, caffeinated heaven. Those results then pair hedonistically with doughnuts. Mix’n’match; no single coffee beer is designed to complement any particular doughnut. The festival this year moves to Ecliptic Brewing (825 N. Cook St.) on Sunday, March 11, from 10 a.m. to 2 p.m. Last year the event sold out in advance and tickets are limited to 500 (to ensure attendees can sample everything) and are available for $28($33 at the door if available) at Merctickets.com/go/BakersDozenPDX

Paid admission includes samples of every unique coffee-infused beer and delectable doughnut morsel (most will be quartered). Each beer incorporates a different local roaster’s beans. Brewers excel at experimenting with base styles on which to layer coffee notes over, ranging from traditional stouts and porters to cream ales and a rauchbier. The line-up this year features mostly Portland breweries but also a beloved one from Corvallis and two from Washington:

The doughnut lineup is still being fine-tuned, but it will be a delectable mix of old favorites and some new purveyors of tasty morsels.

As an all-ages event, a portion of the proceeds will again go to Friends of the Children, Portland providing commitment assistance to at-risk youth.