After celebrating its 5th Anniversary this past fall, Ecliptic Brewing keeps the celebration going this year with its 5 Years/5 Beers Cosmic Collaboration Series. After already releasing collaboration beers with both Brooklyn Brewery and Firestone Walker, Ecliptic Brewing is ready to announce the third beer in this adventurous series.

Cosmic Collaboration Nectarine Sour Ale is an ale brewed with pale and Munich malts, wheat and oats, but what provides its unique, fruity flavor is both pureed and fresh nectarines. Then a touch of coriander and Ecliptic’s house lactobacillus strain add to the classic sour ale flavor profile. This sour ale sits at 8.2% ABV and 10 IBUs.

“Ben and I are really stoked to do our first collab,” said Harris in a statement. “We jumped right on the sour style, and Ben suggested Nectarines. It’s great to have such awesome friends in the craft beer industry”.

In celebration of their Cosmic Collaboration Nectarine Sour Ale, join Ecliptic Brewing Brewmaster, John Harris, and Breakside Brewery Brewmaster, Ben Edmunds, for a Cosmic Beer Dinner on June 19th! The dinner will feature a menu from Ecliptic Brewing Chef Michael Molitor, each paired with delicious sour beers from the breweries.

Tickets to the Cosmic Beer Dinner are now on-sale at $50.00 ($54.09 after fees) each and can be purchased HERE. The ticket price includes 3 courses, plus appetizers, six 5oz beers and one 16oz beer, gratuity, and a 500mL bottle to-go of the Cosmic Collaboration signed by both brewmasters! 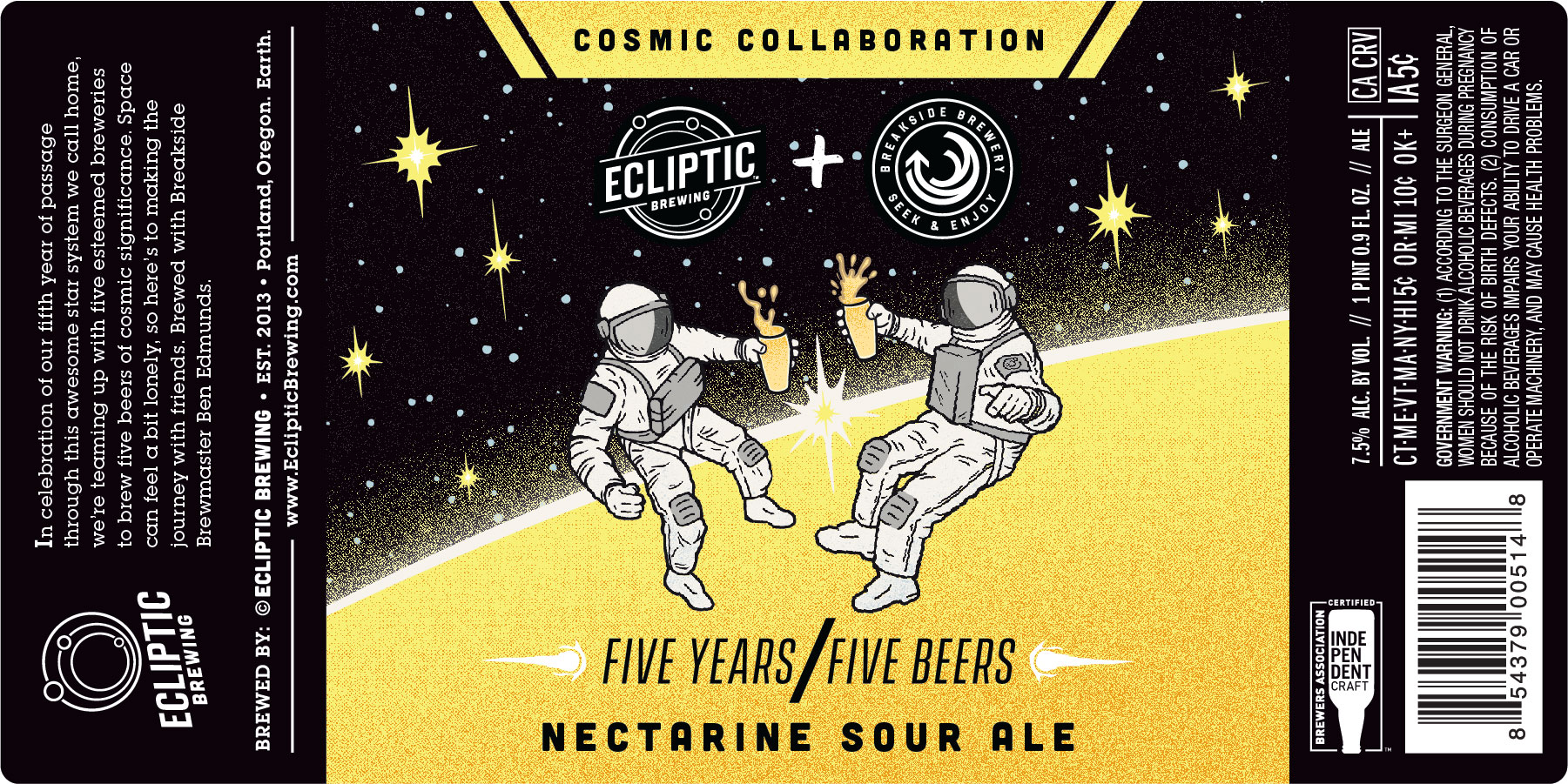 Join Ecliptic Brewing and Breakside Brewery for release parties for Cosmic Collaboration Nectarine Sour Ale on June 28th from 5-7PM at The Upper Lip and 7:30-9PM at Belmont Station.