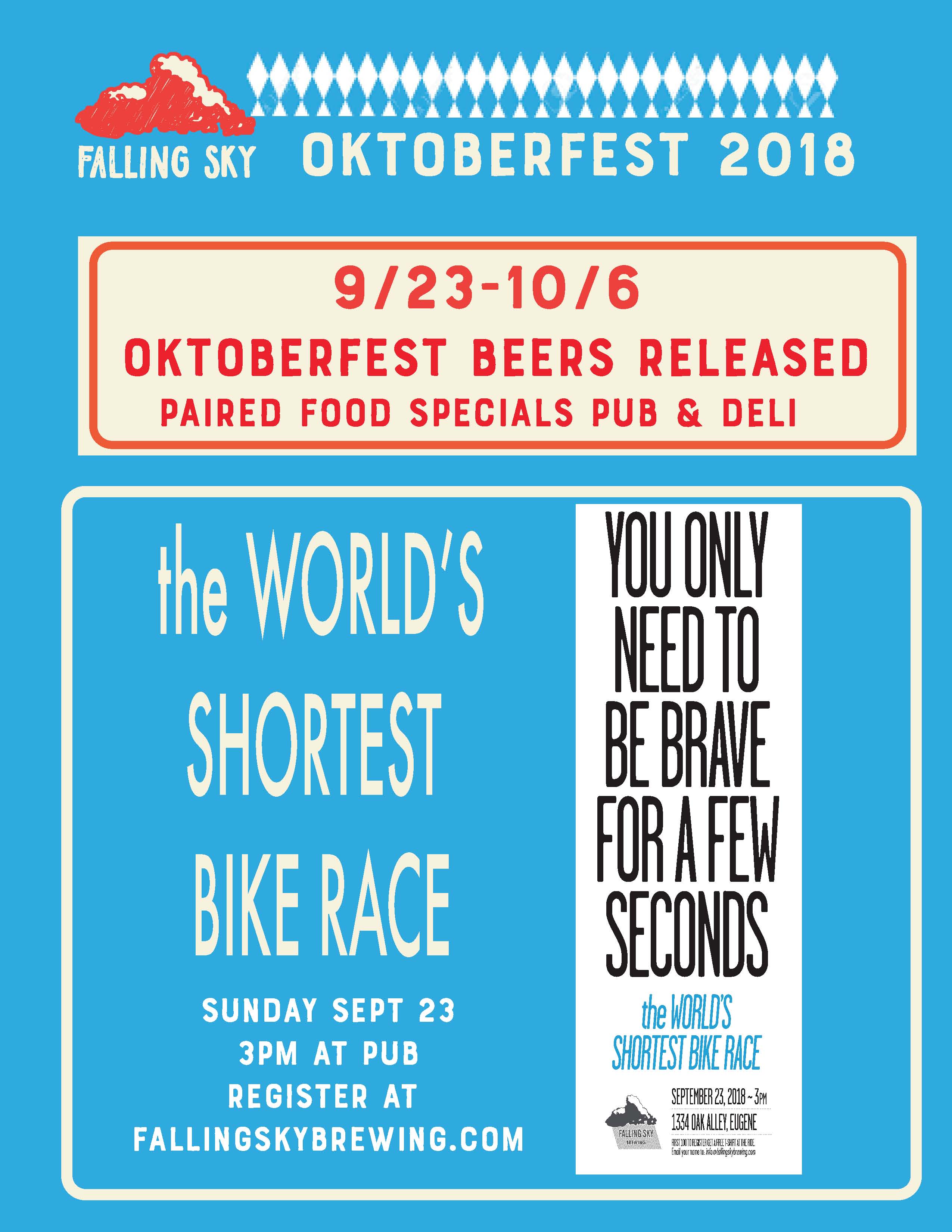 Here are details on all of the events.

World’s Shortest Bike Race 4th Anniversary – Sunday, September 23 at 3:00pm
Falling Sky – 1334 Oak Alley – Eugene, OR
Falling Sky will attempt to set another world record. Drink beer, compete, help set a world record, drink more beer and get a free t-shirt. The less you train the better! The brewery will feature a kids race, the slowest moving race, and much more. Bring a bike or borrow one from the brewery.

Oktoberfest Stein Holding Contest – Sunday, September 23 at 4:00pm
Falling Sky – 1334 Oak Alley – Eugene, OR
Join Falling Sky in hoisting a new 25 ounce mug with the brewery’s special Oktoberfest beer. See if you can be one of the winners of the stein holding contest- if you win you can take your mug with you. Several winners will be awarded!

Here’s a look at the 2018 Oktoberfest Brewers Dinner. 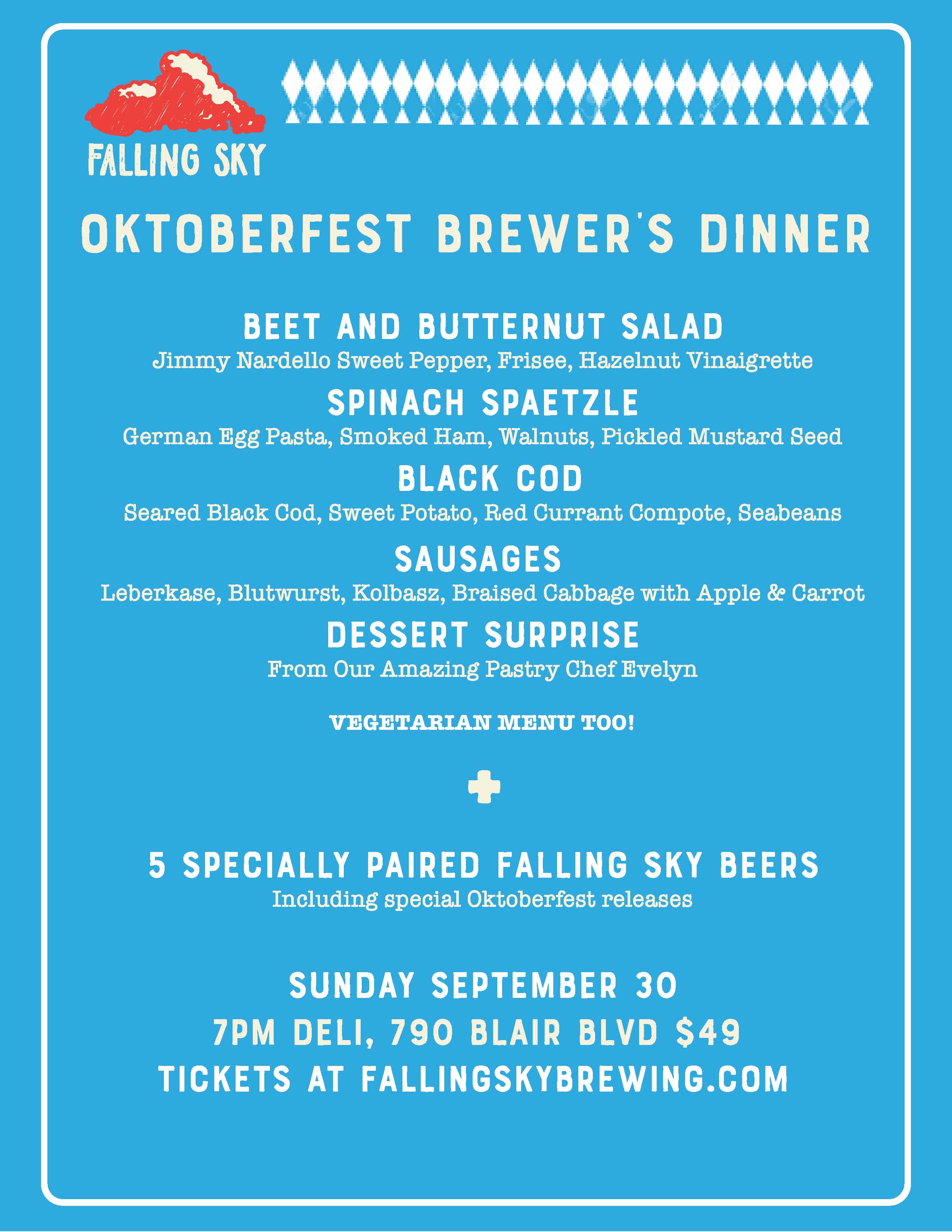