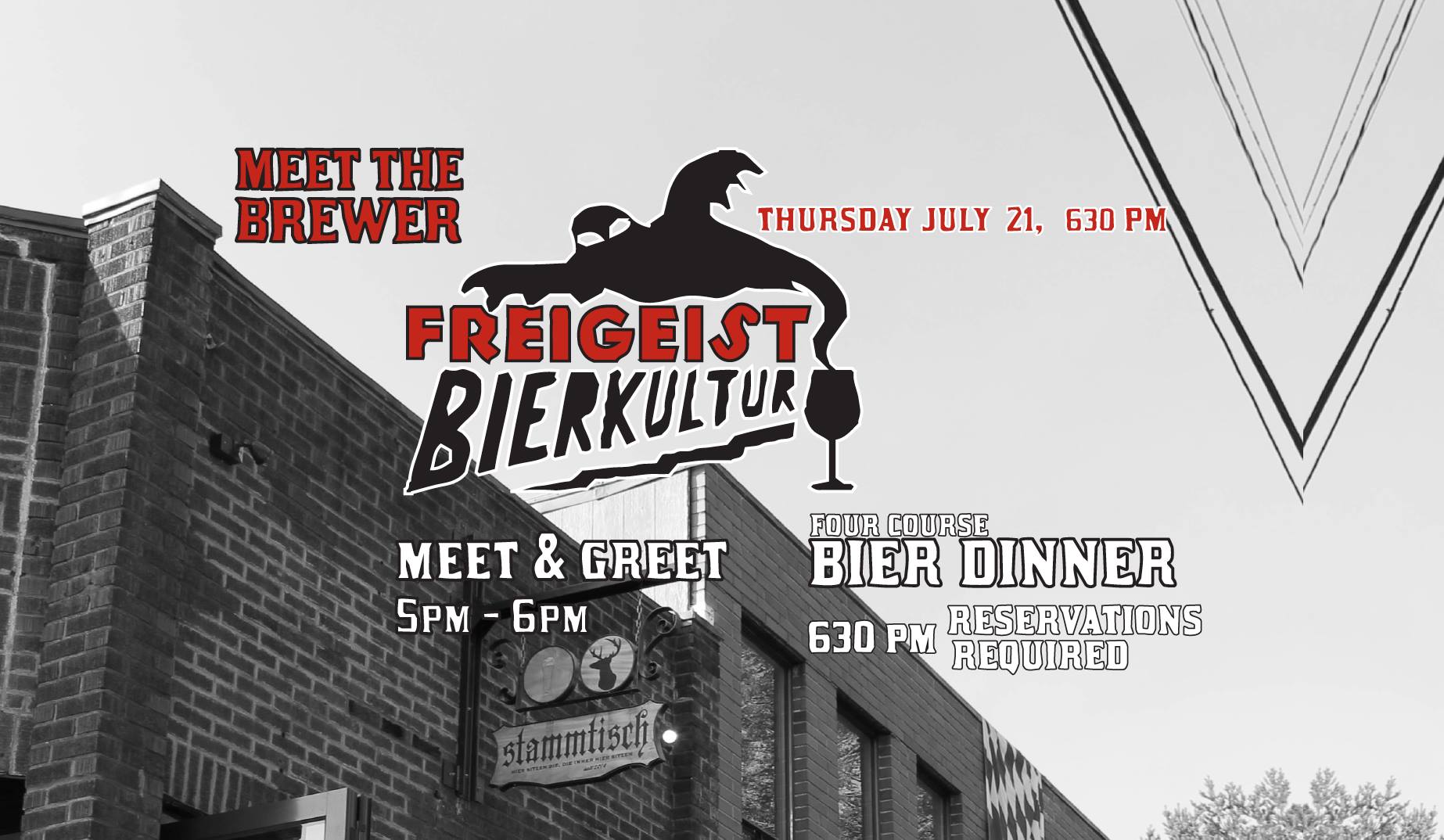 Stammtisch is keeping the German beer scene flowing here in Portland and on Thursday, July 21, the restaurant will be hosting Cologne, Germany’s Freigeist.

The Meet the Brewer with braumeister Sebastian Sauer will take place from 5:00 to 6:00pm. This portion of the evening’s events is open to the public, no tickets necessary. Biers will be available for purchase at the bar. This will be followed by a four course pairing dinner prepared by Stammtisch’s Chef Graham Chaney. The dinner portion of the evening’s festivities will begin at 6:30pm. Advance purchase of $75.00 is required. We inquired about the dinner menu but have not heard back. Call Stammtisch at 503-206-7983 for additional info and reservations for the beer dinner.

Featured beers for both the 4 Course Dinner and the Meet the Brewer are the following.

Here is additional info on Freigeist provided by Stammtisch.

Freigeist was originally created as the higher-capacity offshoot of Cologne’s revolutionary and extremely tiny brewpub, Braustelle. Led by co-founder and historical beer fanatic Sebastian Sauer, Freigeist strives to break the stylistic chains of the modern mainstream German brewing industry by reviving and updating the country’s unique, regional beer styles, many of which disappeared only a few decades ago. At a time when the global beer revolution seemed to have been passing Germany by, Freigeist has been the principal flag-bearer for re-establishing the country as a major force in creative brewing. Its beers are at once challenging, in the modern craft beer style, and remarkably drinkable, per old German tradition.