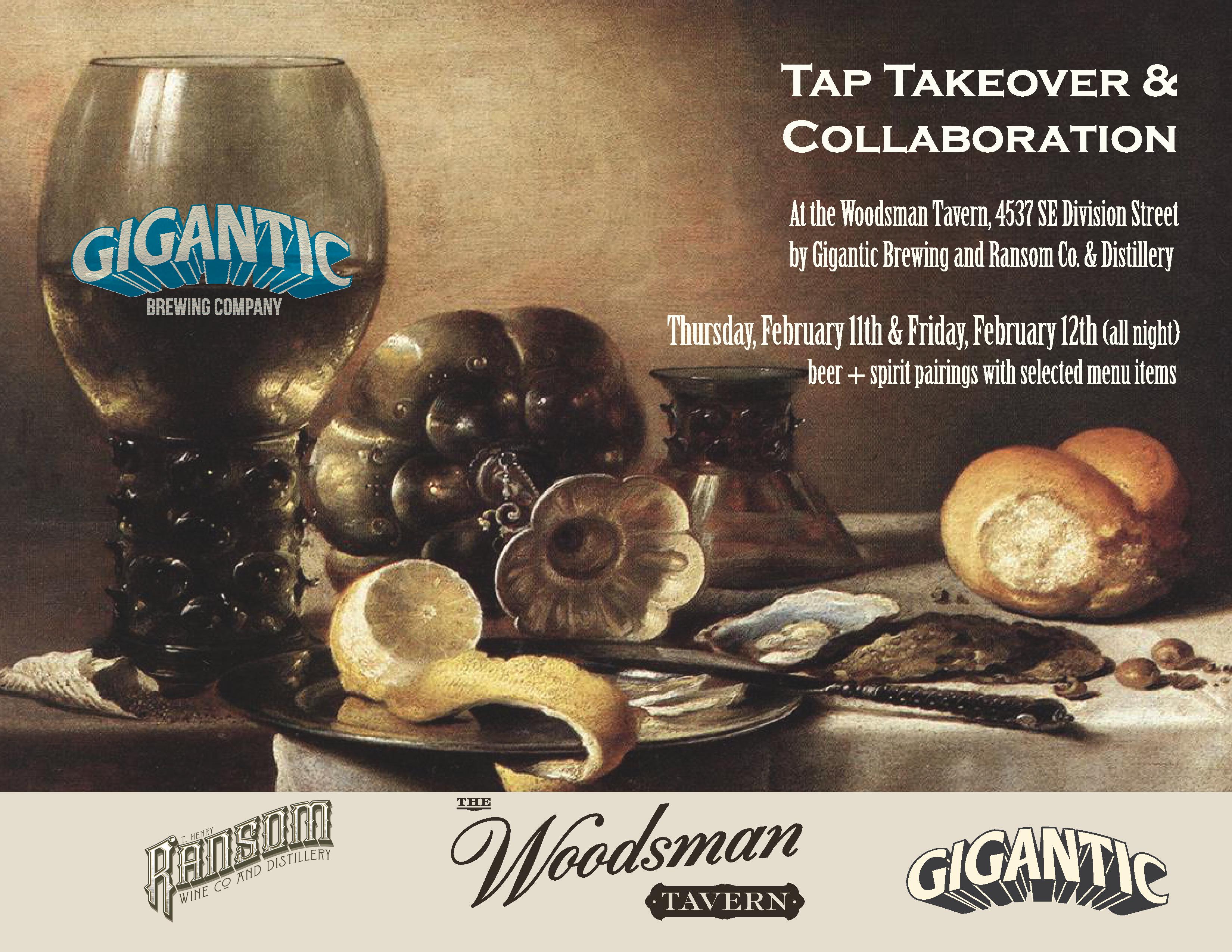 A new refreshing idea on beer and food pairings will take place on February 11th and 12th at The Woodsman Tavern. During these two special nights The Woodsman brings together both a brewery and distillery to offer a collaboration dinner like no other.

The full tasting menu for Beer + Cocktails + Food Pairings with both spirit and beer pairings is $60. Guests may also pick out individual pairings and create their own menu, but you won’t want to miss what started this whole alluring relationship: Pipewrench Gin Barrel Aged IPA— Gigantic’s flagship IPA aged in Ransom’s Old Tom Gin barrels, a favorite among locals and beyond! This past November Pipewrench took home a Gold Medal and Runner Up Best In Show at the Festival of Wood and Barrel Aged Beers held in Chicago, IL.

Join Ben Love and Van Havig of Gigantic, Art Tierce of Ransom Spirits, and the Woodsman Tavern for this celebration of collaborations! Reservations can be made at http://woodsmantavern.com/#reservations or by calling 971-373-8264.