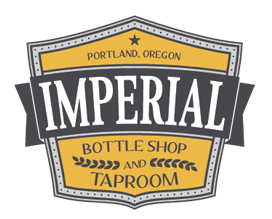 Imperial Bottle Shop and Taproom has now announced its events during the upcoming Craft Brewers Conference here in Portland taking place from April 14th through April 17th. Each night Imperial will host a different themed event.

The week of CBC kicks off with Stone Flight Night on April 14th that will feature two different flight options from Stone Brewing along with a homemade snack with each flight. Then on April 15th, Fort George Brewery will be featuring 14 of its best beers and can be purchased in a 40 oz drink ticket package that includes a FREE ½ order of famous Ike’s Vietnamese Fish Sauce Wings from Pok Pok. The fun continues on April 16th when Running Man Distributing will take over all of the taps at Imperial. On this evening one will be able to drink beers from highly rated Bell’s Brewery and Founders Brewing both from Michigan alongside beers from Brooklyn based Sixpoint Brewery and locals such as Stickmen, Astoria Brewing, Ex Novo, and others. Imperial will close out the week of CBC on April 17th with a Pop Up Dinner featuring The Bruery and its beers paired with food from Coquine Supper Club.

Here are more details on these four events at Imperial Bottle Shop and Taproom. 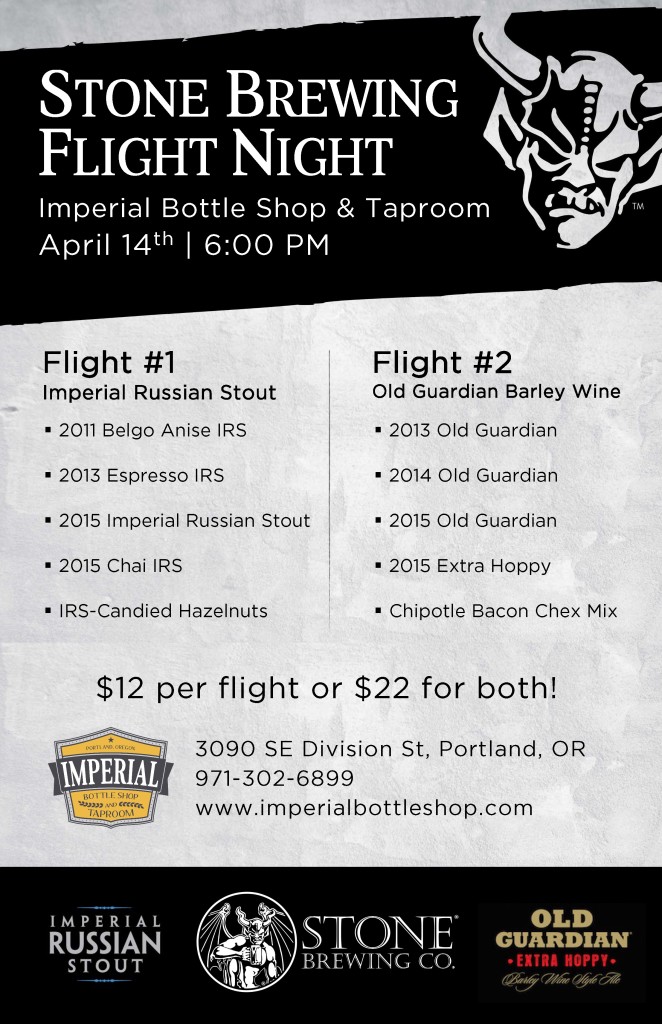 Imperial will be offering two vertical flights of big beers from Stone Brewing Co., each paired with a sample of their delicious homemade snacks (a futile effort to keep people somewhat sober). Purchase one flight for $12 or both for $22. 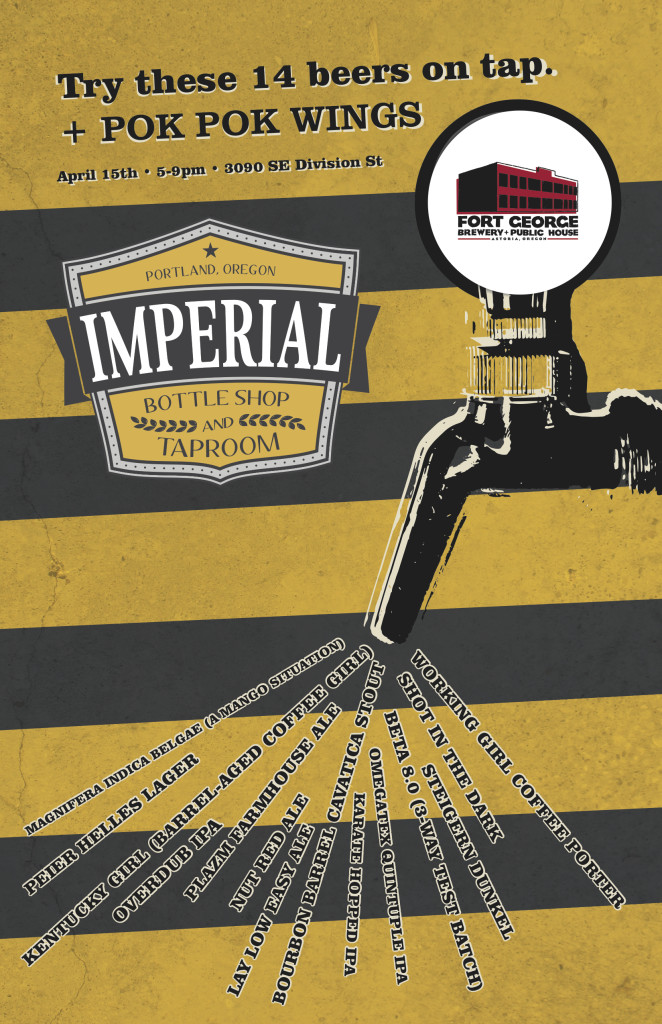 Fort George Brewery is taking over all of Imperial Bottle Shop & Taproom’s beer taps for one night of raging fun! Not only will you get the chance to enjoy 14 awesome brews from Astoria, but the first 80 lucky beer lovers that buy a 40 oz drink ticket package (10 tickets) for $15 will also get a FREE ½ order of famous Ike’s Vietnamese Fish Sauce Wings from Pok Pok!

Wings will start to be delivered in waves at 6:00 PM, and be served until gone. 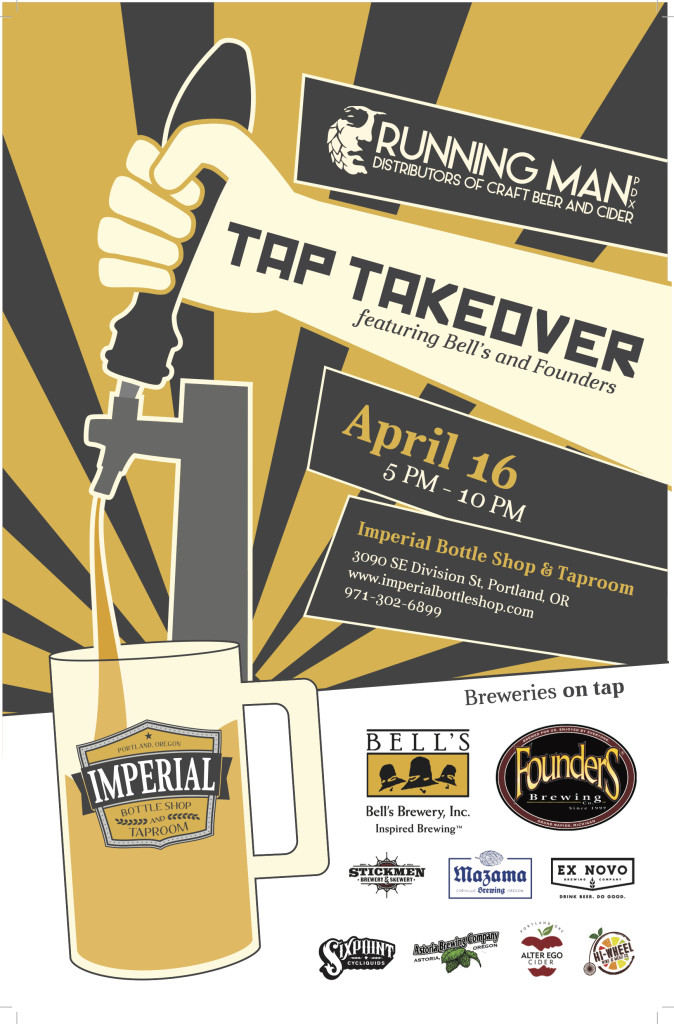 PDX’s own Running Man Distributing is taking over Imperial taps, including some special guest taps from Bell’s Brewery and Founders Brewing including:

Imperial will be closing their doors for a special three hour private event on Friday, April 17th as they graciously host The Bruery and Coquine Supper Club for a 6-course, pop-up beer pairing dinner. 40 lucky diners will feast on a menu of rustic, yet avant-garde seasonal cuisine paired with word-class beers: