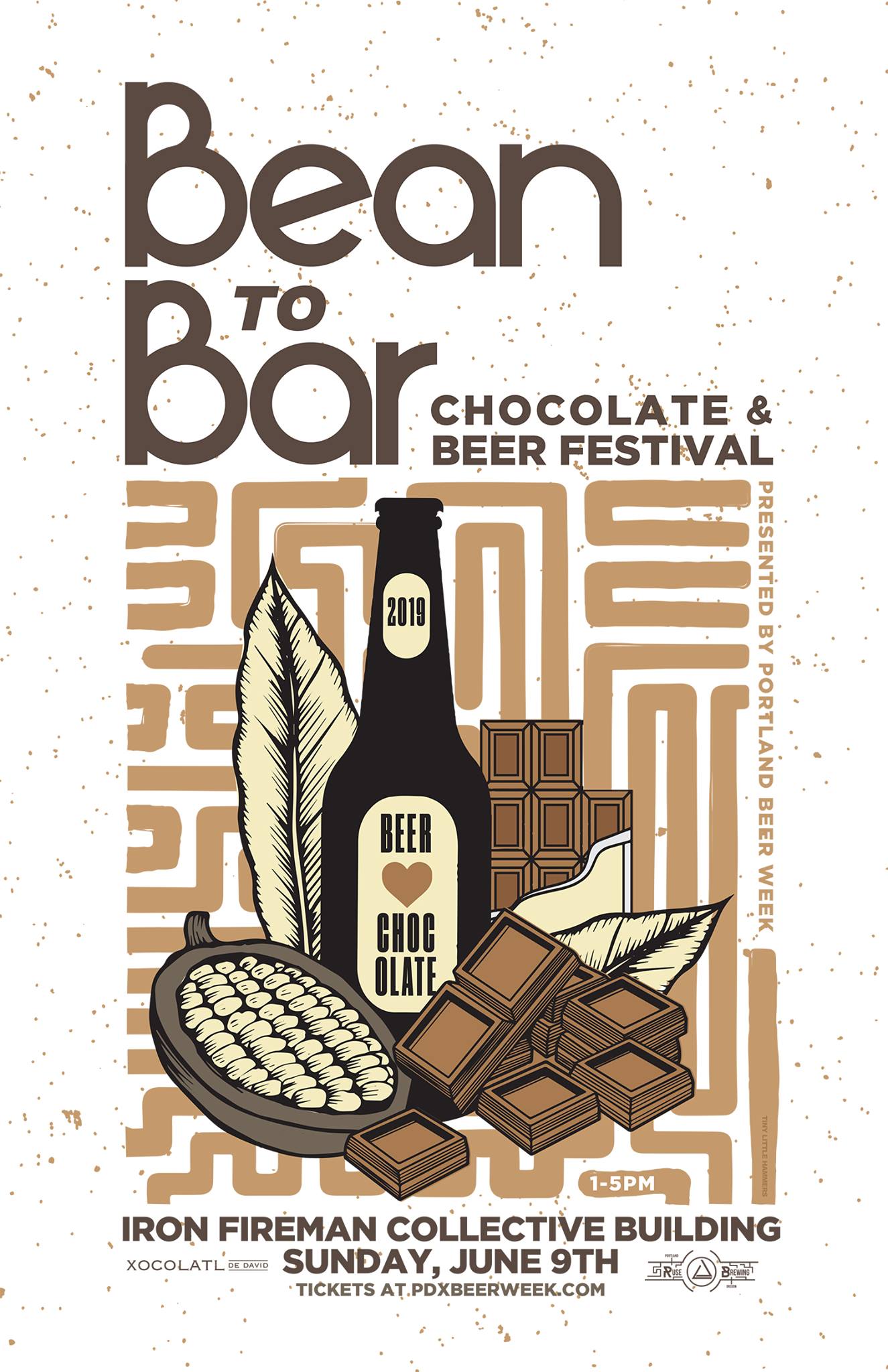 The latest incarnation of a chocolate and beer event held in Portland will take place on Sunday, June 9th as part of beer week. Held in conjunction with Portland Beer Week, Xocolatl de David and Ruse Brewing, the inaugural Bean to Bar: Chocolate and Beer Festival will take place at Iron Fireman Collective Building.

This beer and chocolate showcase will bring together 11 Oregon chocolatiers alongside nine breweries and one cider maker on Sunday, June 9th from 1:00-5:00pm. Each of the chocolates will be paired with a specific beverage to enhance the pairing experiment. All festival attendees will be able to sample the chocolates, use the three included drink tickets for beer or cider along with the opportunity to purchase chocolate bars to-go directly from the chocolatiers!

General Admission tickets are $25.00 ($27.40 after fees) and includes free sampling, a collectible Bean to Bar branded glass and three drink tickets. VIP Tickets are $35.00 ($38.02 after fees) and includes the above-mentioned items and allows attendees an hour early entry beginning at Noon, plus a 33 Chocolates tasting notebook. All entries come with a $7 coupon good for purchasing chocolate to-go at the festival. Tickets are available at MercuryTicketing.

Here’s a preview of the purveyors that will be at Bean to Bar: Chocolate and Beer Festival.

In addition to the chocolatiers and breweries, the Bean to Bar: Chocolate and Beer Festival will host three artisan vendors – The Barreled Bee, Marshall’s Haute Sauce, and House Spirits Distillery.