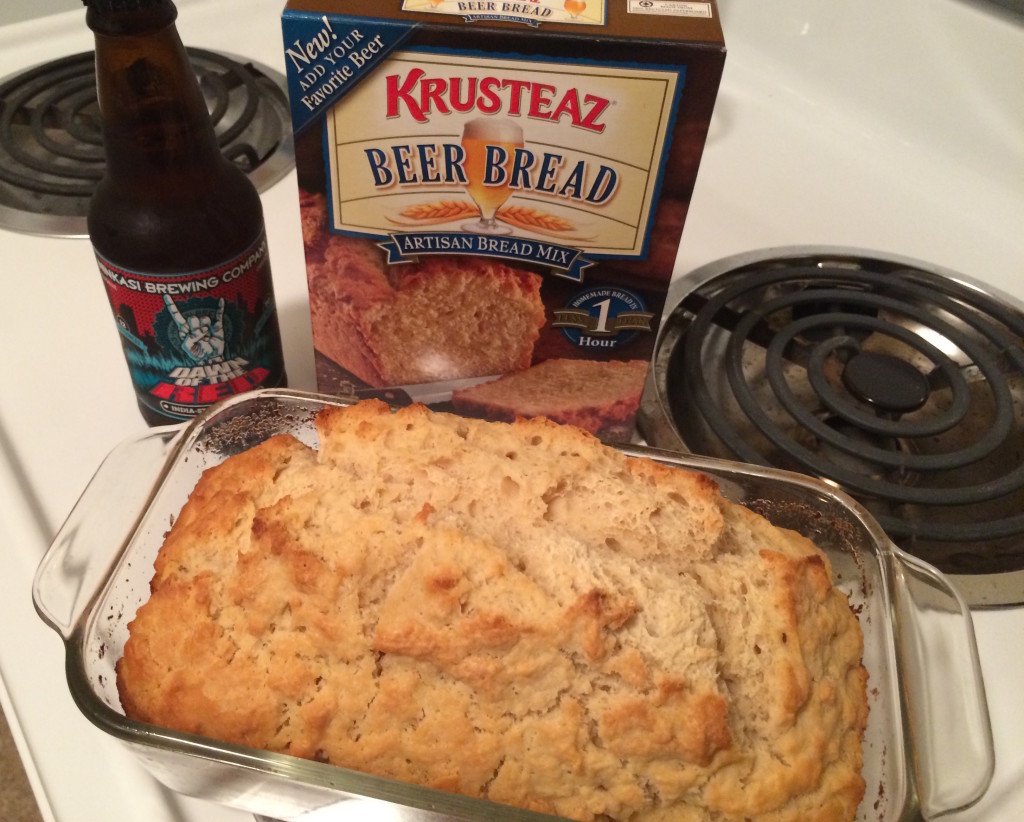 Over the years we received some interesting items sent to us here at Brewpublic to review. One of the more recent items received was a few boxes of Krusteaz Beer Bread Mix. Mainly known for its pancake and waffle mixes, Krusteaz also ventures out to a few other grain related items. Yes, we know you can bake bread from scratch without too much difficulty but this is the lazy person’s way.

So with new beer bread package in hand we set out to bakes some of this beer bread. Any 12oz bottle of beer or any other carbonated beverage will do. We went with Ninkasi Brewing’s Dawn of the Red. This and some suggested melted butter to spread over the top of the bread batter along with adding this to a bread pan and baking it and that is all it takes. 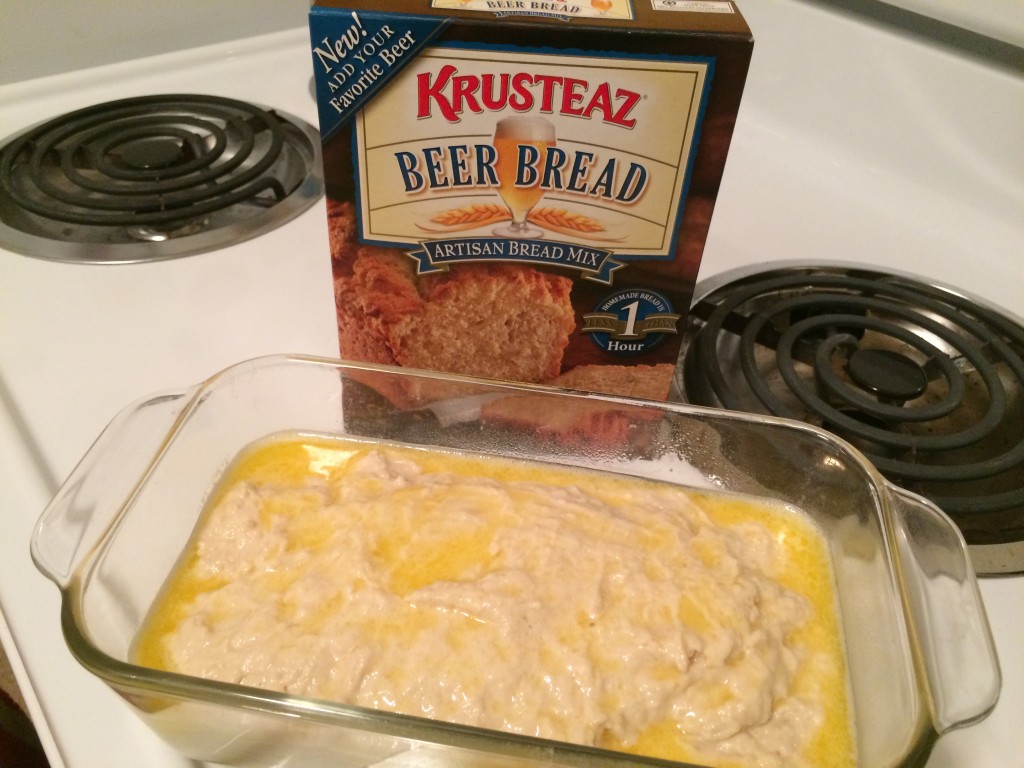 The result is a dense bread that’s has a slight aroma and taste of beer. After having a slice the decision was made to sub this bread for the biscuits used in a solid morning plate of beer bread and gravy with an over easy egg on top. This worked out quite well. The denseness of the bread did not disappoint.

Some other suggested recipes include Beer Brats in a Blanket, this easy to make tasty treat is something we look to try in the near future. It may also be our entry into The BeerMongers annual Pigs in the Blanket Competition this coming summer.

You can also get creative by adding nuts, chopped spicy peppers or whatever sounds good to you.

Krusteaz Beer Bread Mix can be found at select retailers or online for around $4.00 per 19oz box.