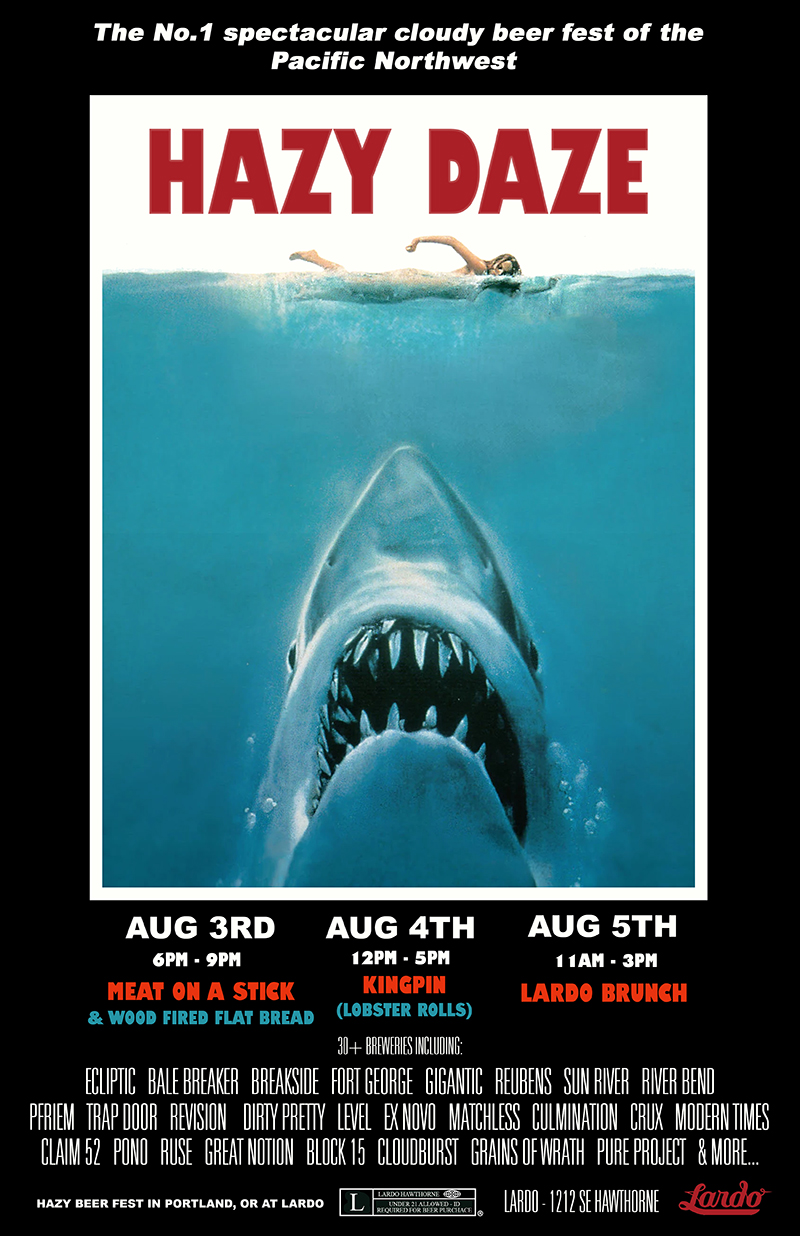 The skies may be clear here in the summer but the beers will all be hazy at Lardo as it hosts the 2nd annual Hazy Daze. This three-day event showcases the trendy Hazy IPA or better known as a New England Style IPA.

2018 Hazy Daze will take place at Lardo in Southeast Portland from August 3-5, 2018. Entry is free; all you have to do is purchase beer tokens. Lardo will even lend you the tasting glass for the event!

Over the course of the three-day event, Lardo will pour over 30 New England inspired Hazy IPAs. Plus each day on the outdoor patio, Rick Gencarelli, founder of Lardo will be prepare a special food menu.

This mini-fest will feature many well-known local breweries and a handful that are sending beer into the Portland market just for Hazy Daze. There will even be a brand new brewery from Bend when Boss Rambler Beer Club will make its Portland debut.

And if this is not enough, each day Lardo will feature taste tempting food specials. Here’s a rundown on what to expect each of the three days of Hazy Daze.

Hazy Daze is a non-ticketed event. Beer tasting tokens will cost $1.00 each and tasting glasses will be provided. Beers will be available in 4 oz, 8 oz and 16 oz pours and will cost between 2 -12 tokens.