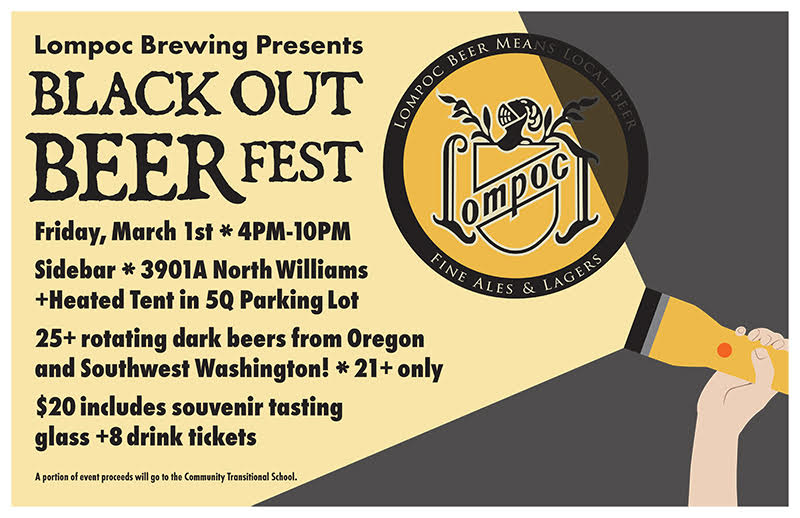 Here are additional details on both events.

Black Out Beer Fest:
The Black Out Beer Fest is for people who love the decadent, dark beers of winter. The event features at least two dozen rotating dark beers – including dark lagers, porters, stouts, coffee beers and black IPAs – from Lompoc and more than 20 guest breweries from around the Northwest (and one from The Netherlands).

Admission into the event is free; tasting packages are required to taste the beers and cost $20, which includes a souvenir tasting glass and eight beer tickets. Additional beer tickets are available for $1 apiece. All tasting packages and additional tickets are purchased at the door. This event is for ages 21+. Takes place at Lompoc Sidebar and in the Lompoc Brewery. Please note that Lompoc is offering a new glass this year, so we will not be filling past year’s mugs. 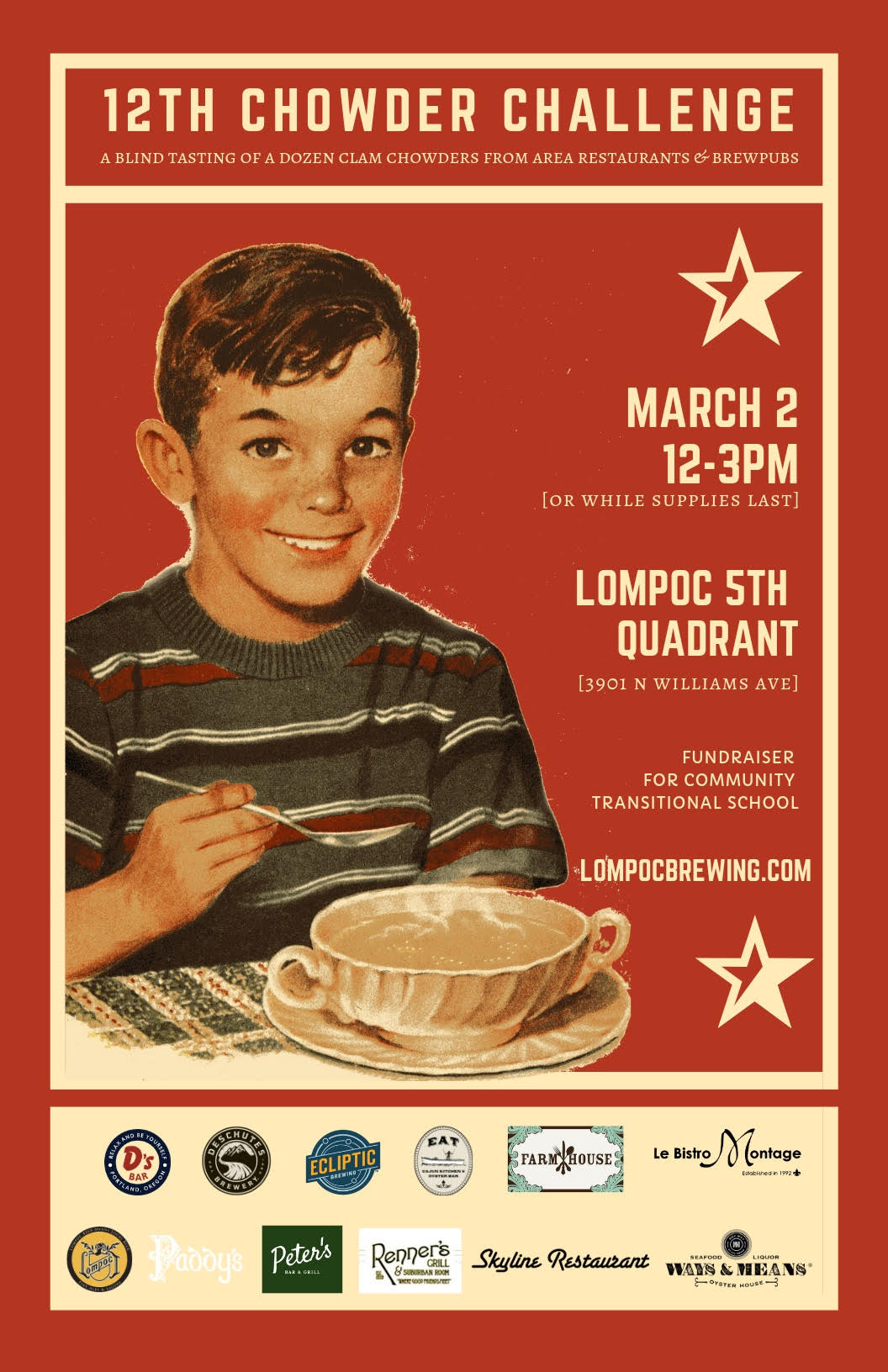 A tray of all 12 chowder samples costs $15, or $20 for a tray and a Lompoc pint; all tickets are sold at the door. The event also features a beer garden, a raffle with prizes from the participants, and pub food for purchase. Minors are welcome at the family friendly event. All net proceeds are given to the Community Transitional School for homeless children in the Portland area. The Chowder Challenge has taken place 11 times, and Lompoc Brewing has won seven of those; the four upsets were Morrison Hotel (2008), Ice Axe Grill (2013), and Farm House Cafe (2016 & 2018).

For more information about both events, visit LompocBrewing.com and follow @LompocBrewing on social media, using hashtags #BOBF19 and #ChowderChallengePDX.