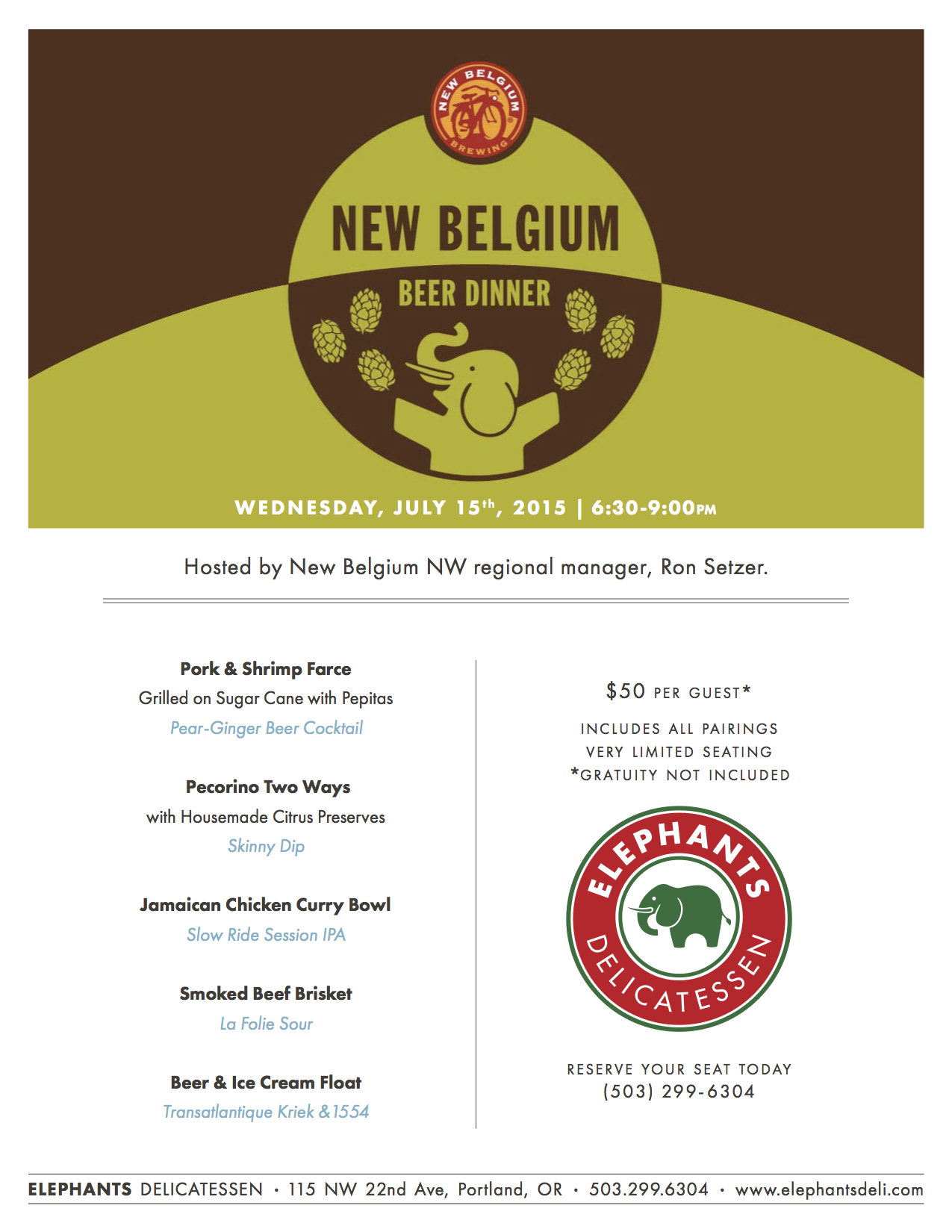 Highly regarded New Belgium Brewing is teaming up with one of our institutions here in Portland for a New Belgium Brewer’s Dinner at Elephants Delicatessen in Northwest Portland. This five-course beer dinner will take place on Wednesday, July 15th with seating at 6:30pm.

The menu for the dinner is taken care of from Elephants Delicatessen Executive Chef Scott Weaver. His menu is inspired by New Belgium’s adventurous flavors showcased in the Lips of Faith series classic La Folie, a wood aged, sour brown ale as well the summer addition to the series, Pear Ginger Beer, which gracefully combines pear, lemon peel and ginger. Elephants is proud to have New Belgium NW regional manager Ron Setzer in attendance to host and introduce the beer selections. 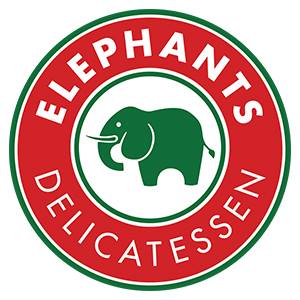 Beyond the food and beer pairings, Elephants Delicatessen is especially pleased to partner with New Belgium Brewing Co., a B Corp company which shares Elephant’s commitment to sustainability, community and other core values.

Dinner will be served in the private dining space, Elephants Garden Room, at the flagship Northwest 22nd Ave. location at 6:30p.m. Advance tickets for the dinner are $50.00 per person and reservations are required. Please call 503-299-6304 to reserve your seat as tickets are sure to go quickly.