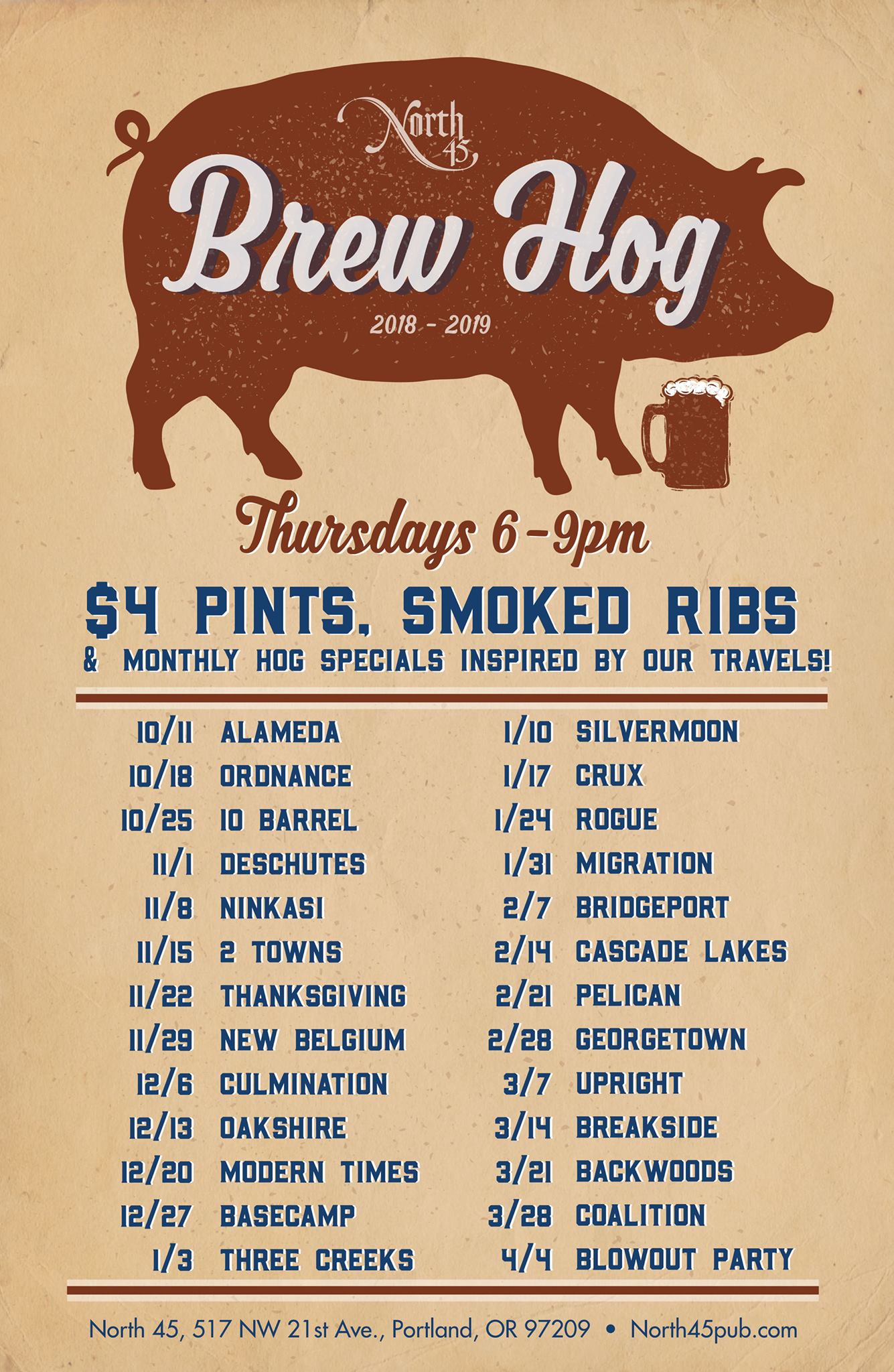 Every Thursday, from October 11, 2018 through April 4, 2019, North 45 will host a local guest brewery to showcase its beers with free tastings paired with chefs’ monthly specials highlighting a travel-themed tour of global cuisine.

For the 11th season of Brew Hog, North 45 Pub will bring in favorites and longtime friend large brewery names, as well as some new up and coming breweries. Brew Hog closes on April 4, 2019 with a blowout party when all brewery partners return for a mass tasting on our year-round patio that benefits the Ronald McDonald House.

“With so many breweries in the NW and the brewery landscape being more saturated, we really wanted to focus this year on the longtime brewery partnerships that we have had over our 12 years in Portland,” said Josh Johnston, co-owner of North 45 Pub, in a statement. “They continue to offer the latest and greatest beers, but always are striving to innovate and try out the latest brewing techniques.”

When it comes to the monthly food specials, here’s a peek at the menu for each month during Brew Hog.

Entry into Brew Hog is always free and each week will feature a different $4.00 pint special.