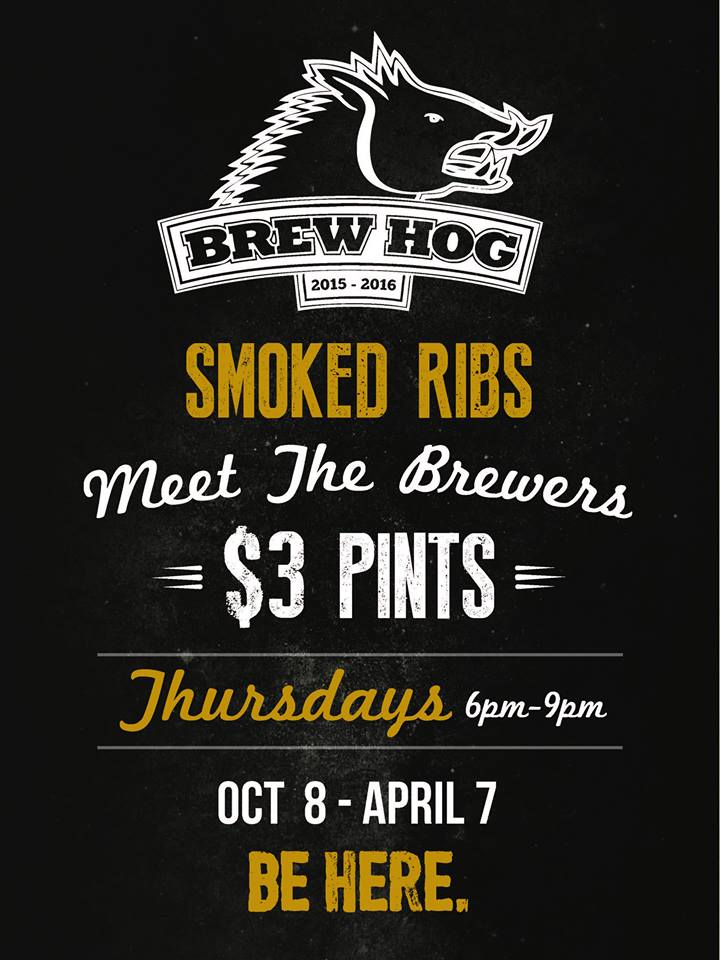 With the colder months ahead means the return of North 45’s BrewHog, its weekly Thursday evening beer and ribs. Held on Thursday evenings from 6:00 to 9:00pm on the back patio at North 45, BrewHog brings together a Meet the Brewery style event that offers some tasty ribs that can be washed down with $3.00 pints from the featured weekly brewery.

The 2015-2016 Brew Hog began this past week with Natian Brewing taking over the back patio at North 45. BrewHog will continue through April 7, 2016. On this date North 45 invites all participating breweries and cideries back for one night celebrating the entire BrewHog season.