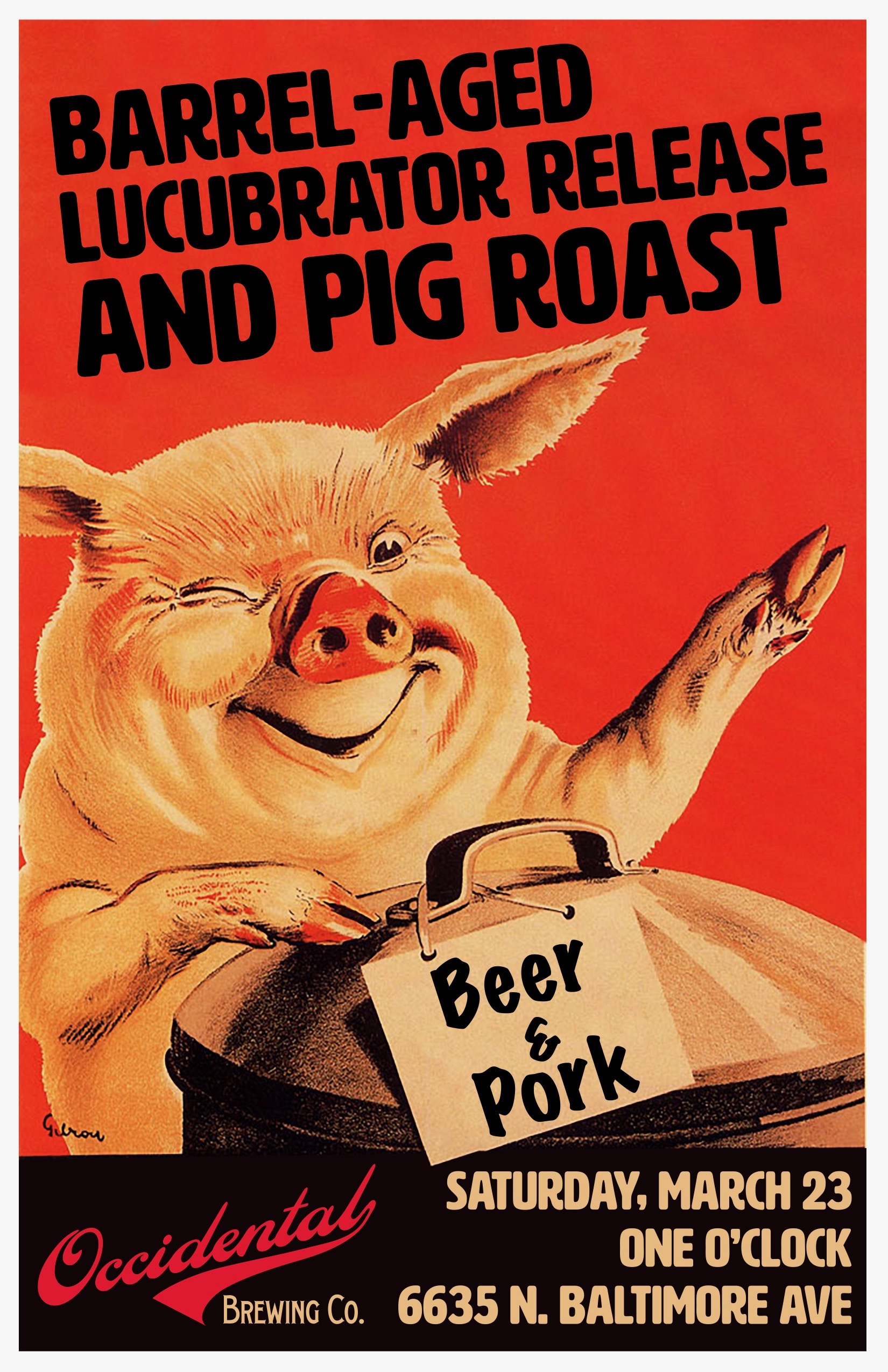 The pairing of pork sandwiches and barrel aged beers will be on the menu at Occidental Brewing on Saturday, March 23rd as it hosts the 2019 edition of its annual Pig Roast & Barrel-Aged Lucubrator Release.

The festivities will run from 1:00pm until 9:00pm. Admission is free and $15 will get you a smoked pork sandwich, potato chips and a pint of Barrel-Aged Lucubrator!

Come out of your winter hibernation and celebrate with beers and lunch among friends. The event will be held in Occidental Brewing’s taproom that is a 21 years of age or older establishment.